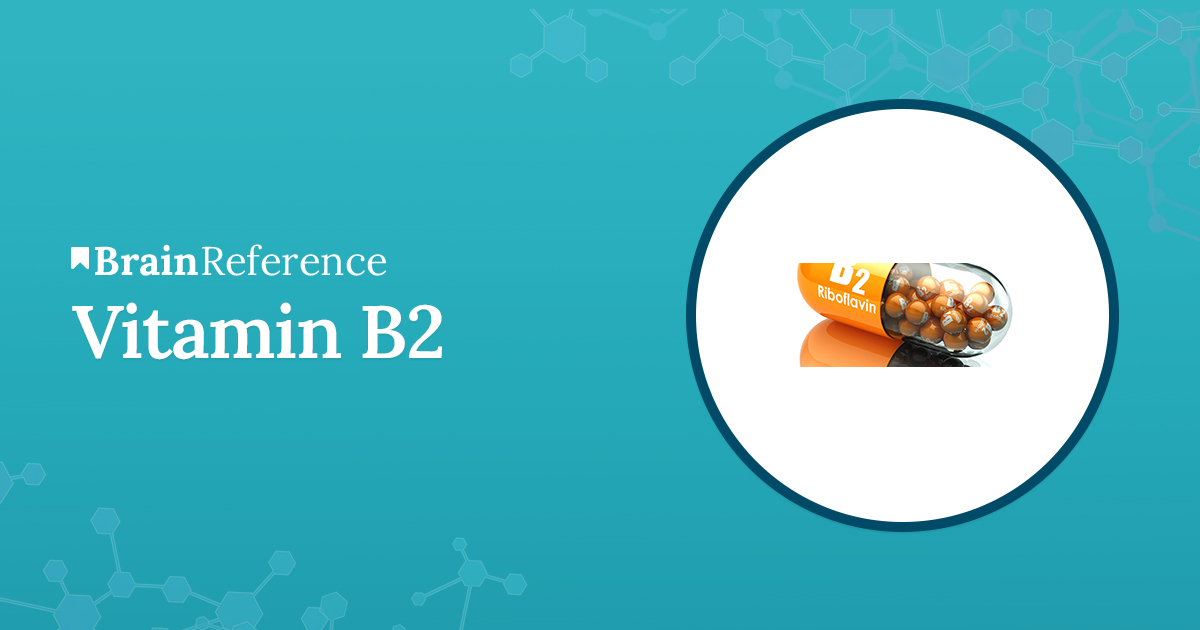 The nutrient can also be secreted, in small amounts, inside the body. However, its optimum supply needs to be done from dietary sources, as well as from supplementation in case a deficiency is observed or an inability to synthesize it exists. The vitamin is involved in a series of essential body functions and processes which we will detail in the following sections. To mention just a few, Vitamin B2 helps maintain a good vision, the health of the skin and nails and is involved in the process of energy creation.

Under normal circumstances, optimum levels of vitamins should be ensured by a healthy, balanced diet. When supplementation is needed; however, you should do it under the strict medical supervision and as recommended by a healthcare provider.

Vitamin B2 has been the subject of numerous published research studies. Its benefits are supported by evidence. Several studies have shown that intakes of Riboflavin may alleviate the duration, intensity, and frequency of headaches. The vitamin stimulates the antioxidant activity of Vitamin E and hence indirectly helps maintain the health of eyes and vision. The vitamin is also part of the composition of the retina, and thus its presence in the eye is essential to the normal functioning of the organ.

Vitamin B2 is also a central element in maintaining the health of the nervous systems. Deficiencies or imbalances have been linked to insomnia, anxiety, and other stress-related conditions. Vitamin B2 supplementation has been shown to reduce fatigue and depression associated with stress and mood swings. Also, the vitamin works to attack stress and anxiety by stimulating the immune system function and the body’s ability to fight associated symptoms. Another role of the vitamin is in preventing and alleviating memory impairment and neurodegenerative disorders such as Alzheimer’s disease. Other functions include maintaining the health of the reproductive system, maintaining the health of the mucous membranes and boosting athletic performance. It improves the mucus secretion of skin and may help clean up skin pustules.

The nutrient helps convert carbohydrate into energy, which is required by all human body processes. The nutrient has an auxiliary role in the conversion or secretion of other vitamins. For instance, Vitamin A is not changed into retinoic acid if certain derivatives of riboflavin are not present. Retinoic Acid is the form of Vitamin A with the most benefits. Riboflavin also helps in the absorption of Iron, and other B vitamins including folic acid and vitamins B1, B3, and B6.

Although insufficient evidence is yet to be provided, it appears that Riboflavin may play a significant role in the normal progression of pregnancy and should be provided in optimum amounts to pregnant mothers. Because this nutrient, like most B vitamins, has a potent antioxidant component, it is currently being investigated for benefits against conditions caused by free radicals and oxidation, including cancer, neurodegenerative disorders, etc.

A deficiency of Riboflavin can cause symptoms such as swollen tongue, general physical weakness, skin cracking, various signs of dermatitis, and anemia. In case of severe prolonged deficiencies vision can be severely impaired (blurred vision, itching, bloodshot eyes, or light-sensitive). Although normally sufficient amount should be provided from the diet, there are certain groups prone to developing a deficiency. These are the elderly, people suffering from chronicle condition and alcoholics. Women who take birth control pills may also be at risk of developing a deficiency.

The daily recommended allowance depends on age and gender. Female adolescents (14-18 years old) are recommended to take 1 mg daily, while adult females should consume 1.1 mg of riboflavin per day. Males between 14 and 18 years old should take 1.1 mg, while male adults should increase the dose to 1.3 mg daily. Newborns up to the age of 6 months are advised to consume 0.3 mg daily, a dose which should gradually increase to 0.9 mg daily for children between 9 and 13 years old.

Pregnant women should consume 1.4 mg of Riboflavin daily while breastfeeding women should take 1.6 mg per day. A healthcare provider ™s consult is always recommended before increasing the dose for any reason.

Research has shown that Vitamin B2 is safe even in high amounts. Rare side effects have been reported, which include sun-induced vision problems, bright orange colored urine, and itching or numbing sensations. The vitamin could, however, interact with certain medications, including antibiotics (tetracycline), epilepsy medication, tricyclic antidepressants, and various cancer medications such as doxorubicin. Another warning refers to how taking large amounts of B2 can cause imbalances in other B-complex vitamins. This is why most specialists recommend that you take vitamin B2 in combination with other B-complex vitamins.

Best Sources of Vitamin B2

There are numerous and readily available dietary sources of Vitamin B2. These include whole grains, soybeans, milk, yogurt, spinach, eggs, wheat germ, brewer ™s yeast, almonds, organ meats, wild rice, mushrooms, broccoli, and Brussels sprouts. The liver is packed with vitamin B2. Lamb liver, for instance, can provide as much as 4.6mg per 100g serving, meaning 270% of the daily recommended value. Almonds are an excellent vegetable source of Riboflavin. They can be used as snacks or in salads and are also an excellent source of Vitamin E, magnesium, copper, zinc calcium, and protein. 100 grams can provide 1.01 mg of Riboflavin, the equivalent of 60% from the daily value.

Because it is a water-soluble vitamin and excess is usually eliminated through urine, you should make sure to provide your body with a constant supply. Also, you should know that B2 is light sensitive and light destroys it. Storage should hence are done correctly.