Coriander Benefits, Uses, and Side Effects 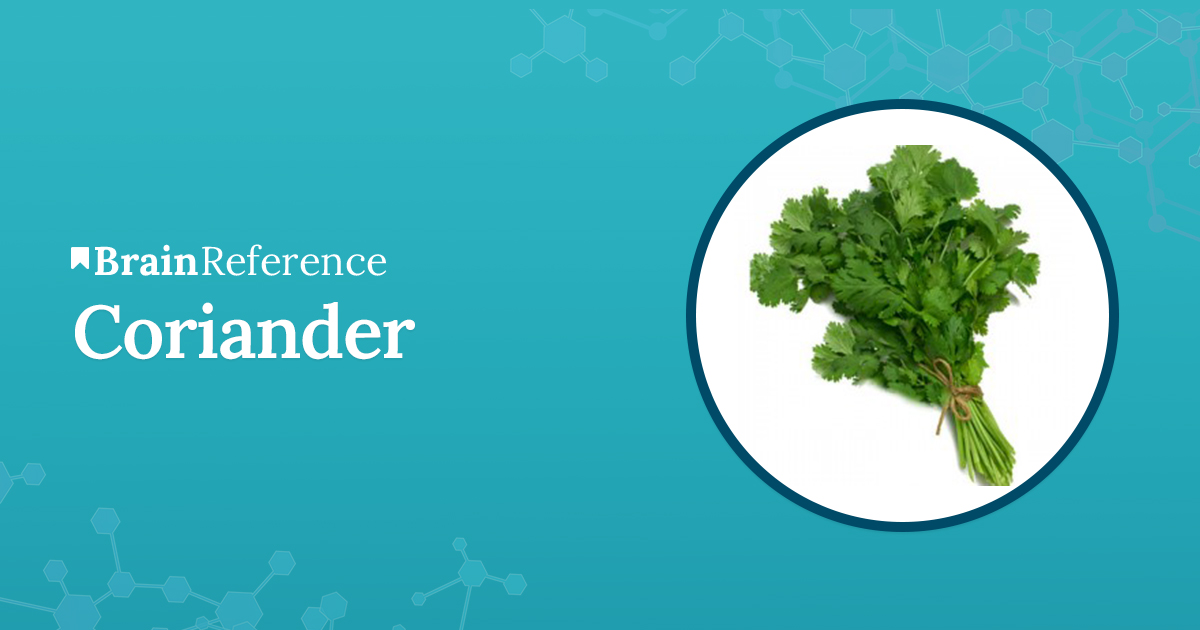 Coriander represents an annual plant that is a part of the family called Apiaceae. Other names by which it is referred to are Chinese parsley, cilantro, and dhania. Its Latin name found in biology books and studies is Coriandrum sativum. This plant originates from regions of Northern Africa and Southern Europe.

It can be easily recognized because it is a hairless plant which grows approximately fifty centimeters tall and whose leaves are lobed at the base and feathery and slender on the area of the flowering sterns. Its flowers are small, asymmetrical, and pale pink or white.

This herb was first attested in the last 14th century in England, but the word used to describe it is “coriander” and was derived from the Latin “coriandrum.” However, it is believed that it has been utilized as a medicinal plant and flavoring agent even before that. There are even some Biblical references in which it is presented as similar to manna. Throughout history, it was utilized either as a spice or flavoring agent, to get rid of some unwanted smells such as the one left after garlic consumption or for its medicinal properties. In comparison to other types of ingredients, there have been some studies conducted on this component, and some of them pointed out its efficacy in regard t certain issues.

The utilization of this herb are various and they range from inclusion to some foods to addition for some types of medicinal remedies that are meant to treat a series of bodily conditions. As related to culinary uses, this plant represents an ingredient for aliments like sausages, pickles, curry powders, sauces, or baked foods. Furthermore, the roots, leafstalks, and leaves may be included in salad, soups, curies, or beans flavoring.

On the other hand, its medical usages concentrate on problems related to the digestive system or some infections caused by fungus or bacteria. For instance, there are people who consume dietary supplements featuring this ingredient for problems like appetite loss, nausea, stomach upset, hernia, bowel spasms, intestinal gas, and diarrhea. Furthermore, it may also be helpful in treating joint pains, toothaches, worms, measles, and hemorrhoids. The reason behind its beneficial properties is the fact that extracts obtained from this plant may decrease blood sugar levels and destroy some parasites in the organism. Unfortunately, more research is required in order to determine the effectiveness of this ingredient on a general level and there are still some medical attributions which haven’t been tested and thus it may prove ineffective in these areas.

When it is included in aromatherapy as an essential oil, coriander may help enhance memory and also possess a positive impact on the digestive tract. It is also considered as reliable for treatment of rheumatism and arthritis although there is no scientific research to support it. Furthermore, it may also affect the hormonal system in a good way by helping females with their menstrual problems. In addition, there are some women who have recently given birth and use extracts based on this plant to enhance their milk-flow. No matter the reason behind consumption of coriander, people should be careful with the dosages and keep in mind that there is a possibility of not obtaining desired effects, case in which they can either increase the amount used or stop the treatment and search for something else.

If consumption is done within the amounts generally found in foods, it is regarded as safe for the majority of adults. Additionally, if the quantities found in medicinal remedies are appropriate and don’t exceed the maximum supported by the organism, people may also consume it without any type of problems. However, on some occasions, it may determine a series of unwanted side effects such as enhanced sun sensitivity and allergic reactions. The reason why an increased sensitivity towards the sun may be dangerous relies on the fact that the person may experience bigger risks of developing skin cancer or sun burn; it is better to wear sunblock as well as protective clothing when sun exposure is involved, at least during the treatment.

Moreover, there was a report of severe stomach pain, depression, diarrhea, menstruation lapse, diarrhea, and dehydration in a female that took approximately two hundred milliliters from a supplement that featured ten percent coriander. The consumption occurred for seven days, and the woman claims that there haven’t been any other influences or treatments taken alongside it.

Upon contact with the skin, this herb may determine skin inflammations and irritations. Because of this, it is better to avoid remedies which contain it if the dosage is higher than normal. In case any type of unwanted effect appears, people should disrupt the consumption and go to their personal healthcare for advice. In order to avoid complications or experience the same thing as the female mentioned above, it is safe to begin the usage after making sure there are no bad reactions from the body.

Coriander is generally found in some regions of Europe as well as America. For instance, countries such as India, Chine, Africa or Portugal have this plant in moderate quantities. Because there was a wide array of positive effects that were discovered by the utilization of this herb, nutritional companies have introduced it as either an extra or a core ingredient for some of their formulations. These remedies generally target issues of the digestive system or bacterial and fungal infections.

However, it is important to keep in mind that not all of the marketed effects of this herb have been scientifically researched and there are increased chances for its ineffectiveness. If an individual follows a treatment for more than two weeks without noticing any type of effect, he should either consult a personal doctor in order to increase its dosages or stop the utilization. Additionally, extracts of this herb can be found in stores or supermarkets because it is also an ingredient used as a flavoring for foods such as soups.

Whatever the purpose of consuming coriander, people should keep their doses within recommended limits and avoid exaggerations.