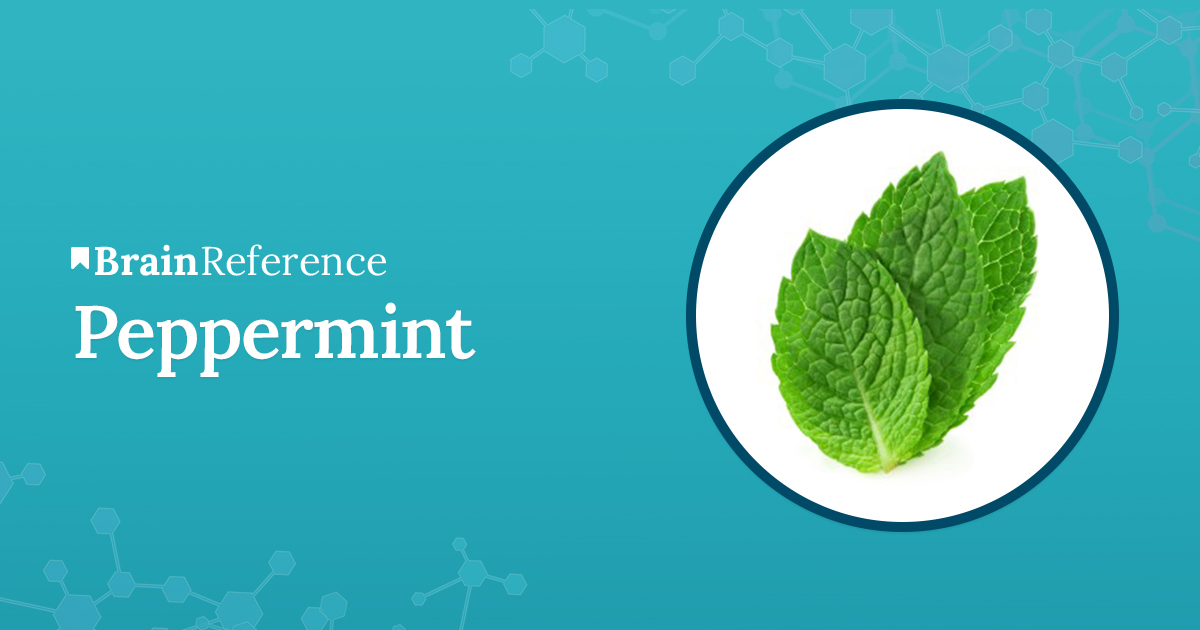 Peppermint is a common plant that originated in Europe from the hybridization of watermint and spearmint. Now it is cultivated in every part of the world for its multitude of benefits. It is a plant that s been known since ancient times. Archaeological evidence suggests that communities as old as ten thousand years were stockpiling peppermint, although it is still unclear for what particular purpose.

In modern times, it is used for many purposes. It is sold in the forms of dried leaves, fresh leaves, essential oil, concentrate, and numerous derivatives. The plant has a significant diversity of effects that depend on the way it was cultivated. Due to this fact, it is recommended that you research where the peppermint that you are using comes from.

One of the most useful substances contained in peppermint is called menthol. It gives peppermint its strong taste and it is one of the essential components of the mint flavor. Because of this strong aroma, peppermint it is often used to make tea and give flavor to desserts and many other kind of foods. Peppermint in particular is the most widespread of the mint varieties for this purpose.

Peppermint oil activates specific receptors on the skin, which leads to a pleasant cooling effect when applied in appropriate quantities. Many cosmetic products take advantage of this effect, ranging from shampoos, shower gels, soaps, and some perfumes to a myriad of skin creams and related products.

Some active ingredients found in peppermint help deal with some digestive issues caused by irritable bowel and indigestion. They can reduce symptoms of bloating, abdominal pain, vomiting, and nausea. There is sufficient evidence to support the fact that peppermint does help to alleviate these particular set of symptoms. In some clinical studies, up to 75 percent of patients reported significant relief. This has prompted scientists to consider peppermint as a key component in a new mainstream treatment for Irritable Bowel Syndrome.

Research suggests that peppermint may promote alertness and enhance memory. However, evidence is conflicting regarding to this subject and there is still no definitive answer to this question. Other researchers have suggested that the plant may even have radioprotective effects. This means that cancer patients could use it to lessen the side effects of radio therapy.

Internally, peppermint oil can act as an antispasmodic and reduce inflammation in the upper digestive tract, including the mouth. Capsules containing extracts from this plant have been used as an antispasmodic in colonoscopies. There, it helped reduce procedure time, calm pain and increase both patient and doctor satisfaction with the procedure.

Externally, because of the high content of natural pesticides coupled with its calming properties, it is used against myalgia and neuralgia and as an antibacterial agent. These effects stack with the omnipresent cooling sensation offered by the oil, which enhances the treatment. It also reduces irritation and itching sensations on the skin.

Heartburn and acid reflux are other conditions that have been traditionally treated with peppermint with a reasonable degree of success. However, due to the complex effects of peppermint on the esophagus and stomach, small differences in dosage can lead to the proliferation of the very effects that you are trying to avoid.

One effect that has been studies only a little but has a decent degree of confidence is the ability of the oil to slowly but surely dissolve gull stones. The effects is very subtle and it takes many months to achieve noticeable results but it could be good as a long-term remedy when immediate intervention is not required.

Other noticeable benefits of peppermint are o reduction of headaches caused by tension, decongestion of the nasal tract when it is affected by cold and flu, calming sore throat, and relieving dry cough. It is also a common ingredient in herbal tooth paste recipes because of the fact that it both smells good and helps against the germs that are normally in your mouth.

Peppermint it is widely used in aromatherapy to elevate mood and relief spasms. It is preferred for its cooling effect and relaxing properties. It is also advertised that it increases your ability to concentrate under intense stress and can relieve symptoms of anxiety and even depression.

While normal culinary use is not forbidden during pregnancy, medicinal use is not allowed when pregnant or breast-feeding. Not enough is known about the effects of peppermint on the development of the child and it is best to stay away from concentrated amounts.

It is reasonable to expect that peppermint can interact with certain drugs if taken in the right amount. It is therefore imperative that you consult your physician before using any concentrated product based on peppermint if you are taking medication. He will be able to advise you in choosing the right concentration and method of use. If taken in very high amount, it can cause mouth ulceration. You must immediately stop using it if signs of such a symptom occur in order to avoid permanent damage.

Peppermint can be found all over the world as dried leaves and essential oil. There are a variety of brands covering a wide price range. Because the effects may vary from one cultivar to another, knowing the source of your peppermint and sticking to a provider that you know it delivers quality product is advised. If you plan to use it only culinary this is less important but not negligible.

Cosmetic products based on peppermint can be found both online and in pharmacies and supermarkets. Teas are also common in any general store and in some areas it is possible to buy fresh leaves. Whenever possible it is preferable to use fresh instead of dried because it preserves more volatile components, but this variety may not be available everywhere.