Thyme Benefits, Uses, and Side Effects 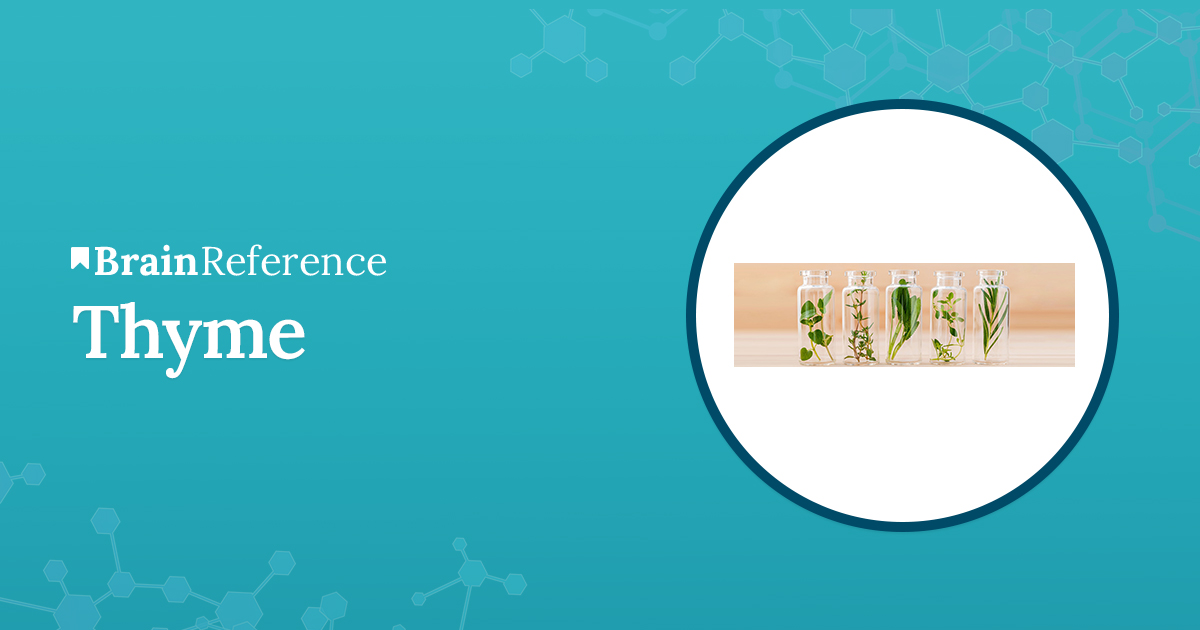 Thyme is a shrub originated in the Mediterranean area, known for its medicinal benefits, for the flavor in the culinary area, and also for the pleasant smell. Different species have different properties, depending on the specific chemical balance inside each individual. It usually grows in any conditions, it has a very resistant structure and is solid enough to withstand harsh climate.

Humans have been known to use thyme since the early stages of societies, dating back to the first signs of culture. When trading economy established during the times of Ancient Greece and the Roman Empire, it flourished as being sold to places all across the globe for its properties. This plant has been so useful to society that people started to introduce it in rituals, considering it to hold mystic powers, giving courage and protection to the wearer, in battle or everyday life.

Thyme is usually consumed in its plain form, ground in various dimensions and small pieces, in the form of oil, as tea, or even in dust form. The form does not depend on the usage, as it is usually part of a mixture. It is recommended that the usage consists mainly of flowers and leaves, as the beneficial compounds reside mainly in there.

The medicinal benefits of thyme usually involve its antiseptic properties, which is why it is widely used in medicinal and hygiene industry in various products. The substances needed for this purposes are contained in the thyme oil, which it started to be extracted through distillation.

Specific strains, usually garden variety, are rich in antioxidants and amino acids which can help strengthen the human body. It is an excellent home remedy, especially for periods when stress levels are high, and immunity of the body is compromised. It is known to be useful in treating chronic fatigue, having a calming effect on the patients, helping them with their insomnias and emotional breakdowns.

Pulmonary disorders and infection can also be treated using this plant, like asthma and bronchitis, helping with the dilatation of the bronchi, and acting as an antibiotic-fighting the microorganisms and bacteria responsible. It is used in the form of volatile oils or ground dust, depending on the illness.

This plant seems to have an effect on treating disorders like neuralgia and rheumatism, using a cure made from the flowers. IT helps the strength and regeneration of the nervous system. Also, the thyme oil keeps the cholesterol from obstructing the blood vessels, which drastically improves the number of stroke victims and people with heart conditions.

Renal infections can be treated using thyme oil because it also has diuretic properties, which make very effective in fighting the bacteria from the kidneys and renal tract due to the antiseptic effect that the herb also has. Microorganisms found in the digestive system are treatable with the same methods, as it stops them to spread and affects their nervous system, after which the body eliminates them, for example, Giardia, intestinal worms, and even candida.

In the case of ulcerations, burns, or other lesions at skin level, a mix of alcohol and thyme is a very effective treatment, helping with sterilizing the wound and with the shortening of the healing duration as the blood clots faster.

The plant is also used for its specific spicy taste and flavor in many recipes all around the globe since the rise of civilization. It is usually used in recipes rich in fat ingredients, as it stimulates digestion and contains plenty of dietary fiber. Thyme has a high amount of nutrients, and it is a very good source of calcium, magnesium, iron, manganese, and vitamin k, with smaller quantities of iodine, fluoride, potassium, zinc, sodium, phosphorus, and chloride. Thyme is available in fresh form two times a year, usually during spring and autumn, and in the rest of the year in dried form, either ground or intact.

Because of the rich flavor of the volatile oil contained inside the plant, it is recommended for marinating and preserving smoked meat, already being used in most of the recipes of this kind today. The food that can be cooked using the ingredient varies from stakes and other meat recipes to salads, dressings, and sauce. This usage requires some knowledge in the art of cooking as the plant is very robust in flavor and can easily shadow the other ingredients if it is not used in the proper quantities. Some people use it as an ingredient in making various types of liquor or other beverages, especially in ancient times.

The usage for the smell goes outside the kitchen as well, some people preferred using it as aromatherapy, refreshing the air inside their homes with branches or burning it like incense, or even used in furniture or pillows, it conferred a pleasant atmosphere of relaxation, and the volatile oil had a calming effect.

The plant can help with the population of honeybees in rocky areas, being strong enough to resist the harsh weather conditions and offer a proper natural environment for the bees in which the plant is an important food source, and in return, they help with the pollination.

Because of the pleasant physical aspect of the plant, Thyme is used in outdoor and indoor decorations, through parks and walkways, while at the same time improving the atmosphere with the particular volatile smell.

Having diuretic properties, the plant can cause renal problems and intoxications which manifest through nausea and vomiting, followed by pain and sometimes delirium. The symptoms can be tough for the patient to handle. If any of these effects occur, quitting contact with the plant and doctor assistance is recommended. Moderation is critical when using this ingredient, especially in the cases of pregnant women.

Blood-thinning medication should be avoided when under treatment that includes thyme or thyme oil. At the level of the skin, high amounts of thyme can cause allergic reactions in the form of irritation.

Thyme can be found in any spice store, in more than one form, dried or fresh, depending on the time of the year and the local plant life. Usually, fresh plants are found at the local or private market, but it is a very popular plant, that might be available at any store.