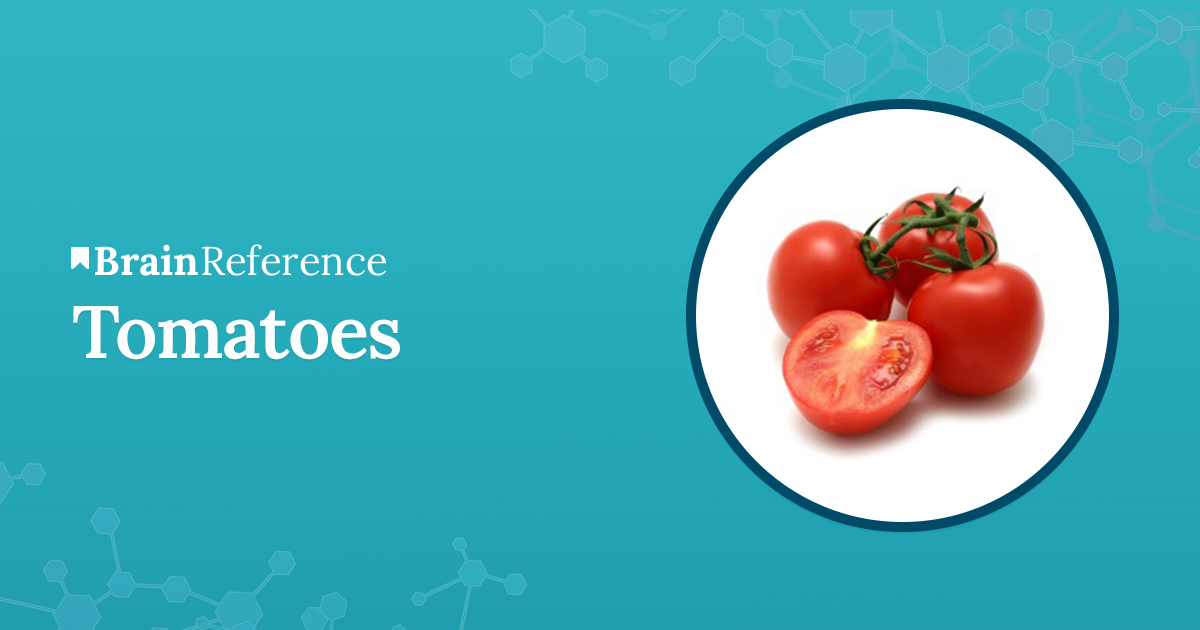 Tomatoes are the red or yellow fruit of the tomato plant, which usually grows in temperate climates and reaches heights between one or three meters. It has a fragile stem which sometimes breaks, the plant continuing to grow on the ground and between other plants. It has different shapes and sizes: round, heart shaped, cherry shaped, and oval. The average tomato weighs around 100 grams.

This plant originates in Mexico; widespread introduction was made after the colonists brought it back from the newly found land of America. First, it was not consumed, its purpose was more of a decorative function, and in some cases, it was believed that it was poisonous. But after its culinary use was known to everyone, it became very popular and was used in more and more recipes all across Europe and the colonies.

Its medicinal benefits were known to the public only around the nineteenth century, and this brought the most spreading in popularity as it could be used as a remedy for many illnesses that gave doctors a very hard time in that period.

Tomatoes seem to contain a wide variety of vitamins, some in higher concentration than others. Vitamin A, B, K, E, and C are the most commonly fond of the fruits. It is known that one single tomato fruit can contain half of the daily dosage of vitamin C and overall is considered to be the third place when considering the concentration of vitamins compared with other fruits.

The polyphenols contained inside the fruit can aid in fighting cardiovascular diseases, degenerative diseases, and also has a high nutritional value. It is known that organically grown plants have a greater level of polyphenols than plants grown with chemical substances.

Tomatoes contain a quantity of calcium, but the bigger benefit is that it aids in the fixation of it, helping with improving the bone structure of the body and helps with disorders that affect it. The assimilation of calcium is also aided by the magnesium contained in the fruit.

Lycopene is a substance found in the fruit that gives its specific color, which seems to have beneficial effects against cancer, especially prostate cancer when synthesized. Also, it seems to diminish the risks of blood clots and degeneration of the vascular system, which could otherwise increase the chances of a stroke.

The plant is known to accelerate the metabolism of the body, improving the rate at which fat compounds and starch are absorbed, thus having a dietary application. Diets based on tomatoes seem to be very efficient in blocking the overstimulation of the pancreas and lowering the level of cholesterol.

Tomatoes are a known way to fight off the effects that Gurdon has on the body, lowering the chances of disorders developing at smokers, which can vary from cancer to impotence and other blood diseases.

Juice made from the fruit can be used to treat gastric acidity in some patients, but this seems to depend on the persons as much as the fruit. In some cases, a rise in acidity has been noted, so the treatment should be stopped if the reverse effect is observed. The proper circumstances in which this treatment can be effective for everybody are not yet determined.

Digestive problems can be treated with consuming tomatoes during meals that contain the alimentation that the patients have difficulties in digesting them. The treatment is useful for constipation also, in combination with some vegetables like carrots which can act as a digestive stimulant and drainage. Kidney and renal stones can be treated using the substances found in the skin of the fruit, which helps the body in breaking down the hard formation.

The beneficial substances found in the fruit can act together as an anti-inflammatory agent that improves the risks of renal and urinary infections, and also rheumatism. For this purpose, the tomato can be consumed as treatment or as a preemptive method.

The way the fruit is consumed determines the efficiency the inner substances have on the human body. For example, if the tomato is processed thermic, the levels rise, and it makes it the most efficient way of consumption if the treatment function is the purpose followed.

Tomatoes started to be used in the kitchen before its medicinal benefits were discovered primarily for its distinct sweet taste, and also for its acid properties, which made it a critical ingredient in canned food or food that had to be kept for longer periods of time. Also, its medicinal properties were observed in the kitchen, the fruit being usually used in cooking fatty foods.

A more unusual usage is in beauty treatment, where different substances can be obtained by mixing tomatoes with alcohol or water, useful in treating acne and the apparition of zits. Also, the tomato juice can be used in removing unpleasant organic smells from the body or clothes.

Because of its acidic properties, the consumption of the fruit can be problematic for people with stomach acidity issues or gastric diseases. A doctor should be questioned before introducing it to your diet if you have this kind of disorders.

The green stub of the plant contains a substance dangerous to the human body, and it should not be consumed in any circumstances, it should be removed before cooking with it. The substance can be found in smaller concentration in fresh unripe fruits; this is why it should be consumed when of a bright red or yellow color. An exception is the pickled green tomato, which has the substance neutralized by the salt and vinegar contained in the mix used for cooking it.