Rosemary Benefits, Uses, and Side Effects 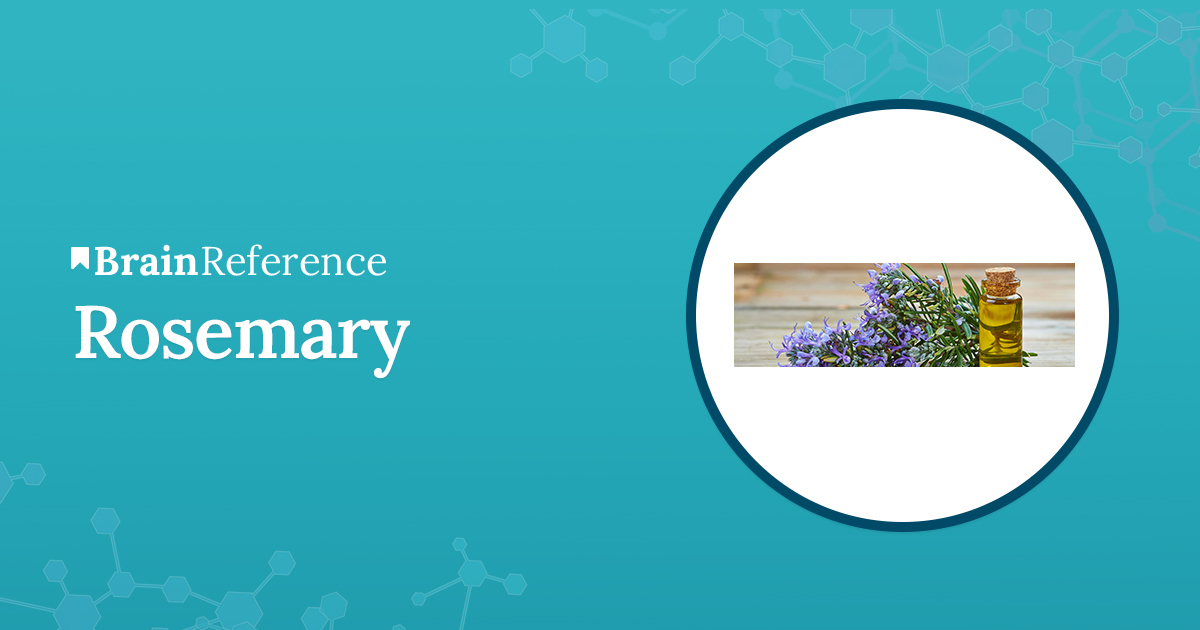 Rosemary is the common name for Rosmarinus officinalis, a perennial herb indigenous to the Mediterranean region. The plant has leaves shaped like needles and different colored flowers (white, purple, blue, or pink) and can grow to considerable size. Rosemary is a very resilient plant and can survive on little water, as little as the humidity from the sea-breeze. Its name literally translates to “dew of the sea”, with dew being “ros” in Latin and “marinus” meaning sea.

The plant is rich in history and has a number of uses known over the millennia as an aromatic herb, a medicinal plant, and even a love charm. Rosemary was used in wedding ceremonies in the Middle Ages to make headpieces for the bride and was also worn by the groom and wedding guests. Puppets stuffed with rosemary were believed to attract lovers and good health; putting rosemary twigs under pillows was believed to ward off nightmares and was also grown in gardens to repel witches.

Rosemary is a well-known aromatic herb and has been constantly used as a spice or an herbal remedy for ages. The list of health benefits the herb is supposed to have on the human body is long and many of them have already been scientifically proven to be more than folklore. Rosemary is believed to prevent cancer, improve memory, help liver detoxification, support digestive tract health, boost the immune system, and improve mood.

The potency of the herb comes from two compounds: rosmarinic acid and carnosic acid. Rosmarinic acid is found in other herbs as well and has demonstrated antioxidant, anti-inflammatory, and antiviral properties. Carnosic acid is also found in sage and is known as a powerful antioxidant that can also protect from the harmful effects of UV-A radiation and other carcinogens.

Rosemary also contains carnosol, another compound believed to be effective in preventing cancerous tumors. Studies have shown that rosemary extract can be used as an adjuvant in chemotherapy, especially in the case of drug-resistant colon cancer. The extract sensitizes drug-resistant cells to the effects of 5-Fluorouracil, a chemotherapeutic agent widely used in treating colorectal cancer. Another study suggests that the well-known benefits of the Mediterranean lifestyle are also due to the herbs used in the said diet, specifically referring to rosemary and its effects as a potent antioxidant that may prevent prostate cancer.

As mentioned before, rosemary also has anti-inflammatory action due to the same constituents: carnosol and carnosic acid. One study published in 2013 in Taiwan suggested that rosemary extract may significantly suppress inflammatory responses to bacteria that cause acne. Other studies also confirm the herbs’ anti-inflammatory effects and suggest it may have potent antimicrobial properties for certain types of bacteria.

Recently published studies have concluded that rosemary may be used in the war against obesity and diabetes. The plant has shown remarkable efficacy in regulating glucose and lipid metabolism in the human body by increasing liver glycolysis and fatty acid oxidation. Carnosic acid, also found in rosemary, has recently been suggested to have an antiadipogenic effect, meaning it can actually inhibit the formation of fatty tissue through multiple mechanisms.

The myriad of uses for rosemary does not stop at this; for the last 40 years, the herb has been subject to numerous research regarding its effects on human health, both physical and mental. A study in 2009 found that aromatherapy using rosemary essential oil among others significantly improved cognitive function in patients with Alzheimer’s disease. The effects of the herb on memory have been known for millennia and they have been partially confirmed by science. A human study showed that aromatherapy using rosemary essential oil led to 1,8-cineole plasma absorption and revealed a correlation between increased mental performance and cineole absorption. It also led to a slight improvement in mood in some patients.

Other suggested uses for the extract are related to cardiovascular health. Rosemary has high iron concentration and might help people with anemia. Also, it seems to regulate blood pressure and help maintain capillary health. Rosemary tea can also calm the digestive tract, relieving cramps and indigestion.

In spite of its many advantages, the herb should be used with caution. Although it is generally considered a safe herb, it may cause some adverse reactions, some of which quite severe. For example, rosemary should be avoided (in medicinal doses) by those suffering from epilepsy; it contains camphor that can potentially aggravate seizures. Rosemary oil can cause allergic reactions when applied to the skin and is potentially lethal when ingested.

Rosemary can be easily grown as a garden herb, but it is also available for purchase in different forms. When used as an aromatic herb it is best used fresh; when storing it, fresh rosemary should be kept in plastic bags in the refrigerator. If dried, it should be kept in a cool dark and dry place. The herb is widely used in Mediterranean cooking to flavor salads, baked vegetables, and meat dishes.

Rosemary is consumed as a drink, made from 1 tsp. of dried leaves and 1 cup of boiled water, steeped for 10 minutes, sweetened with honey. Also, the tea is used for gargle due to its antiseptic properties and also in bath water, as a relief for poor circulation and skin irritations.

Rosemary is also available in supplement form, sold by a number of manufacturers, in different concentrations and formulations, either by itself or alongside other ingredients. Although it may present a number of benefits, you should consult a professional before using rosemary supplements. It may interact with underlying conditions or cause allergic reaction as those mentioned above.