Home Ingredients Vitamin B8 (Inositol) Benefits, Uses, and Side Effects

Vitamin B8 (Inositol) Benefits, Uses, and Side Effects 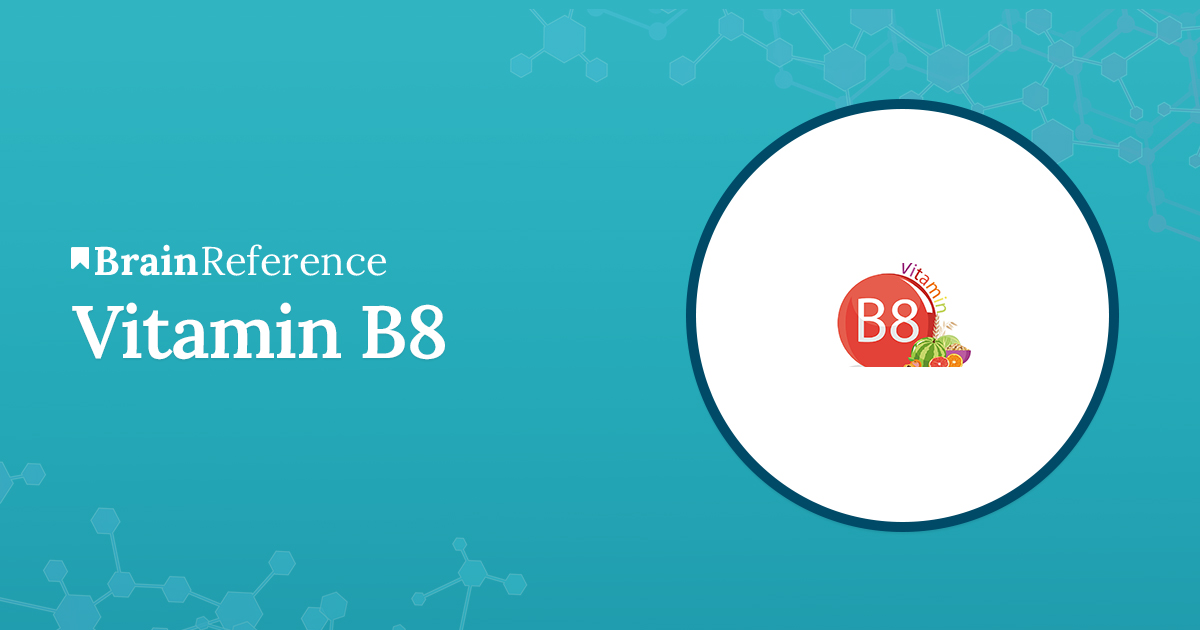 Frequently referred to as Inositol or Adenylic Acid, Vitamin B8 is one of the nutrients necessary for maintaining your everyday health state, due to its presence in several important processes that take place inside the body. The nutrient widely falls into the B vitamin Complex category, although The Merck Index (the encyclopedic catalog of drugs, and chemical substances) still lists it under “nutrients” without categorizing it as a B vitamin.

Inositol is synthesized by the body inside the intestines, in the presence of bacteria, while also being widely available in nature. It belongs to the carbohydrates class of substances, although it is not sugar per se.

Dietary sources are abundant and can provide sufficient intakes to fulfill the daily nutrient requirements of people. The nutrient is known to perform numerous roles inside the body, ranging from brain and mental health benefits to anti-cancer properties. Clinical research and studies conducted so far are not able to fully support the full benefit range of Vitamin B8; therefore, it would be wise that you discuss the matter with a professional healthcare provider.

The roles of Inositol cover a wide range of potential health conditions and afflictions, although scientific evidence sometimes fails to confirm these benefits. It has been observed that a deficiency of this nutrient may affect ATP synthesis and RNA synthesis.

Further research is ongoing and trying to determine the exact extent of this nutrient’s action range and action fields.

There is increased interest in demonstrating the relationship between Vitamin B8 and its stress-relieving effects. Stress is widely defined as including numerous potential sources, from mental-psychological stressors to physical and emotional stress. Conditions such as depression, OCD (Obsessive-Compulsive Disorder), phobias, and panic attacks may be the result of stress. It appears that some clinical studies concluded that Inositol might benefit patients with associated symptoms, in the sense of diminishing these effects. One study in particular states clear advantages of the nutrient against conditions that include panic attacks and agoraphobia (the fear of crowds). Patients suffering from anxiety appear to have taken advantage of intake of Inositol, as one study reveals. Also, Inositol was proven by one study to be at least as effective as fluvoxamine in treating symptoms of depression for a significant number of patients, without the unpleasant side effects associated with fluvoxamine.

There are further evidence and many years of clinical settings that testify to certain benefits of Inositol in treating the following disorders: OCD (Obsessive Compulsive Disorder), Bipolar Disorder, moderate and mild depression, senile dementia, panic attacks, and anxiety.

The nutrient has also been touted for benefits against colon cancer, mainly referring to Inositol hexakisphosphate or Phytic acid. The conclusion needs confirmation from large-scale human studies. However, there seems to be a certain connection between high fiber diets (which are rich in Inositol) and decrease colon cancer risk.

Another set of benefits for the substance is linked to its ability to enhance nerve transmission, which further benefits some health conditions such as diabetic neuropathy (a condition experienced by people with diabetes, where severe pain and numbness of the peripheral members is felt) or peripheral injury of any kind.

Other benefits for which the nutrient is undergoing research include promotion of healthy hair and nails, prevention of premature graying, enhancement and ensuring support for the immune system function, and involvement in the metabolism of carbohydrates, fats, and proteins.

A deficiency in vitamin B8 is uncommon, while toxicity is highly unlikely. However, given that caffeine consumption largely diminishes inositol, caution is advised for heavy coffee drinkers. Inositol is called a conditional vitamin because as the body is exposed to increased levels of stress, the bodily needs for the nutrient increase. Attention should hence be given to providing your body with sufficient amounts of this nutrient in such cases of stress.

There is no recommended daily dose in case of this nutrient as daily requirements have not been established so far. Commonly, supplements contain a 500 mg dose of Inositol, in combination with other nutrients, including other B vitamins. It is estimated that the average American consumes the equivalent of 1 g of Inositol per day.

Adults experiencing extremely stressful periods characterized by episodes of depression or anxiety are particularly recommended to start taking a supplement. However, given that the nature of these conditions (regarding causality and treatment) is highly involved, we do not recommend that you use a dietary supplement without a healthcare provider’s advice in advance. Also, people who regularly exceed 2 cups of coffee per day should also consider increasing the daily intake as depletion of Inositol is done at a much faster pace.

Potential side effects of Inositol are unusual and usually manifest as various gastro-intestinal discomfort symptoms. The nutrient is suitable for children, however, pregnant and breastfeeding women are not advised to supplement their diets with this nutrient.

Vitamin B8 is abundantly available in a large number of foods. Some of the richest food sources include mushrooms, milk, cheese, whole wheat bread, rice bran, peanuts, peanut butter, walnuts, hazelnuts, oatmeal, egg white, liver (particularly beef liver), yogurt, and almonds, to briefly mention a few of the foods that are rich in Inositol. Starting October 2012, the US Department of Agriculture has not set a daily recommended allowance for this nutrient, nor is Inositol considered an essential nutrient. The nutrient can also be found in some vegetables and cereals in the form of Phytic acid. Lecithin contains large amounts of Inositol, hence the brain function protective benefits of lecithin.

The nutrient enjoys a large variety of benefits but is most frequently featured (alone or in combinations), in a significant number of medicines that aim to alleviate symptoms of stress and anxiety.