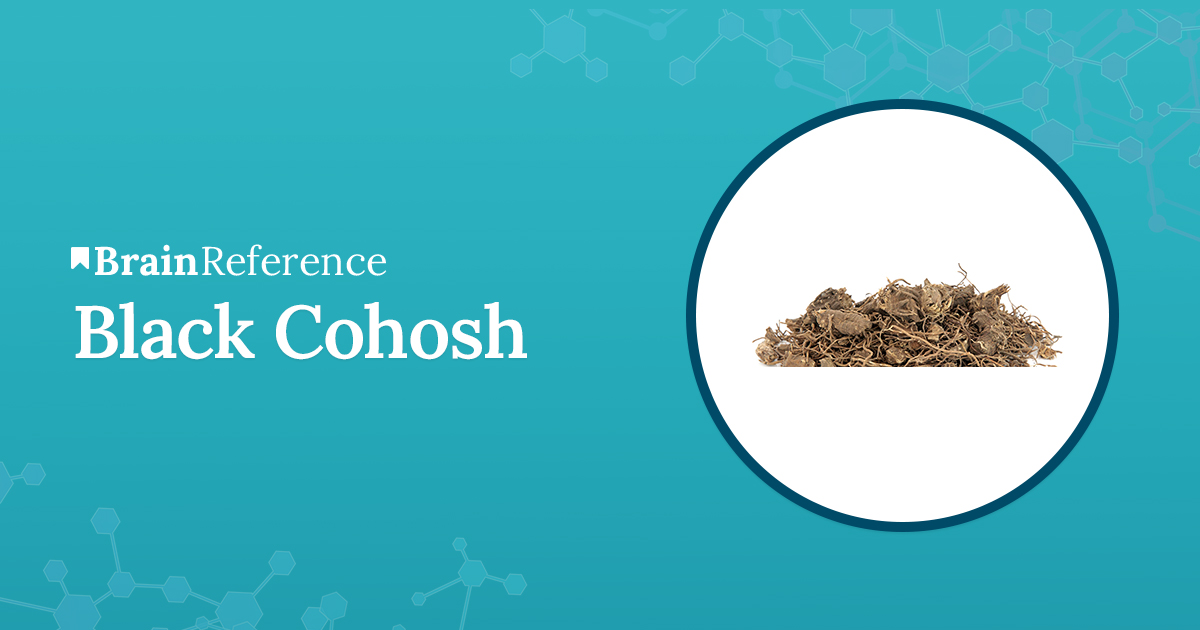 Black cohosh, also known by the name of black bugbane, fairy candle, and black snakeroot and whose Latin name is Actaea racemosa, represents a species of flowers that come from the family Ranunculaceae. It originates in the eastern regions of North America, from Ontario to central Georgia and the west of Arkansas and Missouri. Native Americans have, in fact, utilized this plant due to its sedative, anti-inflammatory, and analgesic properties.

Nowadays, individuals prepare certain tinctures or tablets that target some symptoms directly associated with menopause. Additionally, it is a popular perennial flower cultivated in gardens which have even gained the Royal Horticultural Society’s Award of Garden Merit. As far as its description goes, this herbaceous plant is smooth and produces large leaves that come from an underground rhizome and reaches a height of twenty-five and sixty centimeters. However, its basal leaves extend for up to one meter and are long, thus forming sets composed of three leaflets. Its flowers are usually produced in early summer or late spring and possess a height of seventy-five to two hundred and fifty centimeters. The flowers don’t have sepals or petals but come with a sweet smell that manages to attract gnats, beetles, and flies.

In the majority of the cases, people use the roots of black cohosh to serve a series of medicinal purposes. In fact, it was utilized centuries ago by Native Americans who were the ones that introduced it to European colonies. It became popular as a treatment for problems related to the health of women somewhere around the mid-1950s. This is because of its qualities that are similar to estrogen, the female hormone, and can be used as a natural substitute for estrogen which can either lower or increase its levels, depending on the part of the organism that is affected by it.

Since its noticeable expansion in the nutritional and medicinal areas, this plant has been commonly utilized for treating symptoms linked to premenstrual syndrome, menopause, acne, painful menstruation, and weakened bones conditions like osteoporosis. Furthermore, pregnant women have also taken advantage of remedies based on it for starting labor.

Although the effects of this flowering plant haven’t been tested on these specific physical conditions, most of the people believe that it is also useful for treating fever, anxiety, cough, and rheumatism, but its usage on these bodily conditions are limited since there are other stronger ingredients which act faster and more efficiently.

There are some reported cases of people who apply the extracts of this plant directly on their skin because there were some rumors that it has a reliable positive impact upon the appearance of the skin. Because of this, other utilizations for this herb include some skin problems like a wart, acne, or moles removal. Additionally, in the past, people believed that this plant has some beneficial effects when it comes to treating rattlesnake bites. However, modern studies haven’t been conducted in this area, and there are very few people who use it for this purpose nowadays.

It is of high importance for people who desire to take the plant in its raw form not to confuse black cohosh with white or blue cohosh because they aren’t related. Thus the effects of the last two are often regarded as harmful and unsafe.

When the utilization is done under appropriate ways, the consumption of this herb is regarded as possibly safe. However, there are some side-effects which may appear on its utilization and include cramping, stomach upset, rash, feeling of heaviness, vaginal bleeding, vaginal spotting, weight gain, or headaches. Moreover, there is some concern regarding its association to liver damage, and there is advice towards people suffering from conditions linked to the liver to avoid the consumption of this plant as well as extracts obtained from it. Scientists are currently testing this feature, and there isn’t an actual proof that it causes problems to the liver, but it’s better to be safe than sorry.

Some of the symptoms which suggest a possible liver damage include unusual fatigue, dark urine, or yellowing of the eyes or skin, cases in which the treatment with black cohosh should be immediately stopped, and people who were following it should consult a personal doctor. Due to this, it is often suggested that individuals who desire to begin a treatment featuring this herb get tested before to find out the proper amounts that should be ingested on a daily basis without harming the organism.

Some reports point out that black cohosh may worsen certain conditions in people who are sensitive to estrogen due to modifying its values in the organism. Because of this, individuals who suffer from certain medical conditions directly linked to estrogens, such as uterine cancer, ovarian cancer, fibroids, or endometriosis should pass on the consumption.

Although the interactions are moderate, people who are taking Atorvastatin, Cisplatin, Hepatotoxic drugs, or medication that is changed by the liver should pay attention if they’re following the treatment alongside a nutritional supplement that features cohosh.

Although Native American Indians initially used it, this plant was also introduced in Europe and, since then, it can be found on both continents. In most of the cases, the root is the one being processed for further medical usage, but its leaves and flowers can sometimes be used too. Considering its properties, which include behaving like a natural estrogen as well as providing immunity support or treating some conditions directly related to the skin, nutritional companies have started introducing the extracts in a wide array of supplements, most of them destined for adult usage. There are in fact some cosmetic products which promise to offer a solution for issues like acne.

However, it isn’t viewed as the best natural alternative for the majority of the above-mentioned conditions, and most of the studies conducted on its effectiveness are related to its estrogen qualities. Because of this, people should consider other potential ingredients if the conditions they’re experiencing are severe and only view this plant as a candidate for female medical conditions, particularly menopause and premenstrual syndrome.