Psyllium Benefits, Uses, and Side Effects 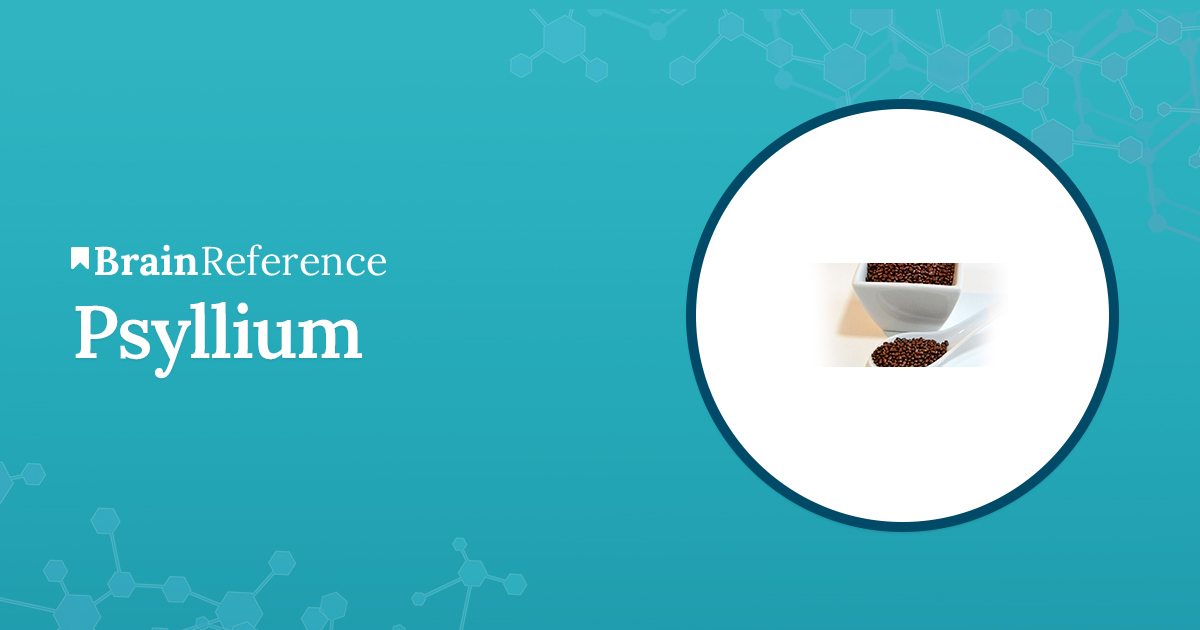 Psyllium husks are taken from the seeds of the plant called Plantago Ovata. It has been known in native India to exhibit bowel regulating properties. The seed husks absorb a large quantity of water and become mucilaginous. Therefore they can be a very good source of essential dietary fiber. They are commonly used in baking as a replacement of gluten because it traps moisture and makes bread less crumbly.

In the western world, psyllium has been included in a wide array of herbal products that are aimed at improving the digestive system. Because of this, it is a common ingredient in herbal home remedies. It is relatively safe to use and it can be included in your daily diet to promote a healthy and balanced lifestyle.

The chief aspect that highlights psyllium use in medicine is it’s every potent laxative effect. It is effective in relieving constipation and it can help in many other gastrointestinal afflictions as well. Among the most commonly treated are diarrhea, irritable bowel syndrome, and intestinal pain. It works by inflating in contact with water and increase the bulk of the stool. The mucilage that forms in this process lubricates the transit through the intestines.

A tablespoon of psyllium has roughly 15 calories, so it does not influence your overall energy intake. All this calorie content comes from carbohydrates, with no contribution from fat or protein. On the mineral side it has a small quantity of potassium and sodium, but in low amounts and no other notable minerals can be found in relevant amounts. Vitamins are not among the benefits that this remedy provides.

As many other soluble fibers, psyllium stabilizes your blood sugar levels and aids in the treatment of diabetes. It has also been shown in clinical studies that it helps people that do not suffer from diabetes prevent the appearance of the condition. Because it has no other role but as a soluble fiber, it is safe to use instead of other foods that have similar fiber content but have other effects as well. It is even safe for pregnant women that suffer from type-1 diabetes and is often recommended for them.

It is known that psyllium husks and other similar sources of fiber reduce the level of low-density lipoprotein, also known as bad cholesterol. Only 5 to 10 grams each day are enough to trigger this benefit, and additional intake will not increase the effect further. This fact may allow you to lower the dose on certain cholesterol-lowering medication. The decision lies ultimately in your physician’s hands, he being the only one that can fully assess your particular situation.

Because the husks increase in size quite fast, they are effective in creating a sensation of satiation significantly earlier than you otherwise would have. You, therefore, fill your stomach faster and you lose your appetite at an increased rate. It is a good ingredient for a diet that aims to decrease your body weight or help you get rid of certain food cravings. This has a net result of reducing the overall calorie intake. Its effectiveness has been proven time and time again and the adverse effects are well documented.

Although the list of benefits is quite impressive, it is good to remember that this herb does not act immediately. The effects slowly ramp up for a period of eight to twelve hours. If immediate relief is what you need to stick to a different remedy. This plant is very suited for long-term treatments and regular intake, as important benefits can be achieved over time with a relatively small daily quantity on psyllium.

A recent array of studies shown that regular psyllium use has a positive effect in preventing coronary heart disease and improving your overall circulatory health. These studies have prompted the United States Food and Drug Administration to acknowledge that it decreases the risk of coronary heart disease and that consumers can be certain that companies are not falsely advertising these properties.

Another study focused on the monitoring of patients suffering from intestinal inflammation has concluded that a daily intake of the appropriate amounts of psyllium husks can hasten the recovery of such patients. It has been suggested that certain components of the fiber reduce the release of molecules that damage cells and cause inflammation.

The strong effects that psyllium has on the gastrointestinal tract warrants several precautions. A normal human being will have no problem with this herb but a number of conditions can cause problems. Also, large doses will affect you negatively no matter how healthy you are. In some cases, allergies have been reported.

It has been demonstrated that it can severely decrease the absorption of some medical substances, specifically a wide range of antidepressants. It is imperative that you tell your doctor that you intend to take psyllium if you are on such medication.

A common side effect that is being reported is bloating, especially if taken in large quantities. People’s tolerance differs greatly from individual to individual and it should be treated as such. As long as you don’t experience significant bloating you have nothing to worry about. On the opposite size, rapid bloating is a sign that you must stop immediately, otherwise, you are at the risk of intestinal obstruction, which can be fatal in some cases.

Another less common case is in which the seed husks have not been properly mixed with water. It the husks reach the intestine still mostly dry, they may mix there and greatly increase in size. This scenario is very serious and will almost always lead to blockage. It requires emergency treatment and needs to be treated with great care.

Psyllium seed husks can be found in many stores that sell natural products and in many supermarkets. If you do not manage to find it in your immediate vicinity you are sure to find large quantities at good process online. You can stockpile it as long as you keep it away from moisture at all cost. You can also buy one of the many products that use psyllium as an ingredient, depending on the purpose you are buying it for.