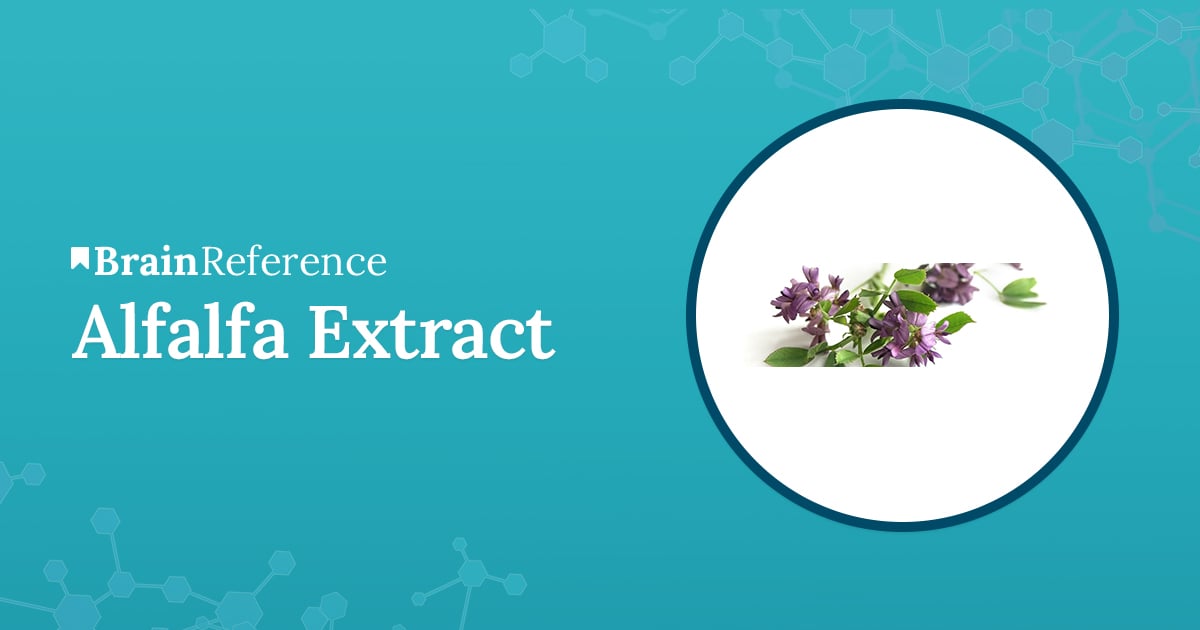 Alfalfa, also known by the name of lucerne or medicago sativa, is a perennial flowering herb which is a part of the Fabceae family, and it is usually cultivated as a forage crop in the majority of countries around the world. It is usually planted in the fall or spring, and considering that the size of its seeds are around 1-2 millimeters, they have to be planted near the surface of soils.

Alfalfa was of high importance for the early Babylonian culture and to the Romans, Greeks, and Persians because of the nourishment that the herb offers to horses. The name “alfalfa” comes from Persian, Kashmiri, and Arabian words that mean “horse power” or “best horse fodder.”

Even in eastern colonies of United States, until the California Gold Rush of 1849, people like George Washington and Thomas Jefferson cultivated this herb on some of their acres. Nowadays, it is grown on twenty three million acres from coast to coast in one of the nation’s largest acreage corporations. Its lifespan is somewhere from four to eight years.

From Ancient times, people have utilized alfalfa for its beneficial effects to the human body. Its leaves, seeds, and sprouts were generally used in producing medicine. From a general point of view, this plant is helpful for a series of conditions including bladder, prostate, and kidney issues or to enhance urine flow. However, on a larger note, it has also proved to be reliable in treating problems like asthma, high cholesterol, rheumatoid arthritis, diabetes, a bleeding disorder called thrombocytopenic, and upset stomach. Additionally, it seems to prevent cholesterol absorption in the gut area.

There are some scientific studies that show one of the most important properties of alfalfa is lowering cholesterol levels in people who suffer from high cholesterol, high blood pressure, and other medical issues such as diabetes. By consuming seeds of this plant, individuals minimize their “bad,” low-density lipoprotein cholesterol; thus, their levels will drop during the treatment, and they will end up feeling generally better.

It should be mentioned that the reason behind this herb’s qualities is its nutritional value and its containing of compounds which range from vitamins like A, K, B1, B6, C, and K to minerals such as zinc, iron, potassium, calcium, and other proteins. Some nutritional companies have developed products featuring alfalfa that aim to treat conditions of the cardiovascular system including arterial problems and heart diseases.

When it is served in form of a juice, it is viewed as a good source of chlorophyll; hence, it may be effective in treating some issues related to the respiratory functions like sinuses or lung problems. Furthermore, it is also supposedly helpful for avoiding stomach distress if consumed in small amounts on a daily basis. If combined with some mint, this herb can help reduce hyperacidity and enhance digestion of food after an abundant meal which usually lets the body struggle for hours if digestive functions aren’t within normal levels or people suffer from high or low stomach acidity.

In addition, there are some doctors that have the tendency to utilize it as an astringent because it is known to heal some infections which usually happen after surgeries or on account to bed sores. Besides all these properties–among which some have to be further researched and have only been reported by people who have tried supplementation based on this plant–it is also considered by some as having a positive impact on hair growth. By mixing the juice of alfalfa with carrot and lettuce, hair can become healthy and thick once more.

Individuals with the inability to properly use insulin can also take advantage of this ingredient since it is believed to treat diabetes in a natural way.

Like most of ingredients which have been processed into natural supplements, alfalfa should be viewed in relation to its potential side effects too, although most of them don’t appear unless there are excesses made by people following the treatment. One of these is the fact that its containing amino acids may have a negative impact on the auto-immune diseases such as lupus, and it may actually worsen its symptoms. However, in healthy people, it can cause reactions which are similar with lupus erythematosus; thus, if individuals are experiencing harmful effects, they should immediately discontinue its usage.

Using it in high doses for pregnant or lactating women is considered possibly unsafe, and there is, in fact, some evidence that points out the fact that it may act similar to estrogen, thus affecting a woman’s pregnancy and a man’s estrogen and testosterone levels.

Furthermore, it may determine extra-sensitivity when it comes to a person’s skin, so it is advised to wear sunblock while on the treatment and whenever outdoor activities during the day are involved, particularly for those who are fair-skinned.

When hormone-sensitive problems including uterine cancer, breast cancer, ovarian cancer, uterine fibroids, or endometriosis are involved, one’s symptoms may be negatively influenced and lead to a worsening of a specific condition. Those with diabetes should carefully monitor their hearts during the use of this supplement because it lowers sugar levels, possibly leading to complications.

As previously mentioned, alfalfa is common in warmer temperate climates, specifically in countries like Iran where some individuals believe it has originated from. It is currently available in almost every corner of the world, especially in the form of herbal supplements which were designed by some nutritional businesses with the purpose of improving some of the aforementioned conditions. However, it can also be found in its raw form for those who prefer an organic approach. People usually use the leaves, seeds, and sprouts for medicinal purposes, but juices can be also obtained from this plant.

Even though alfalfa’s being consumed directly from nature is probably the best way to get all its compounds in the organism, supplements aren’t viewed as a bad alternative, either. However, people should keep in mind that if they want to follow a certain treatment, they should carefully read the labels of the product and not exceed the daily dosages because it may worsen their condition instead of actually help them.