Home Ingredients Vitamin B3 (Niacin) Benefits, Uses, and Side Effects

Vitamin B3 (Niacin) Benefits, Uses, and Side Effects 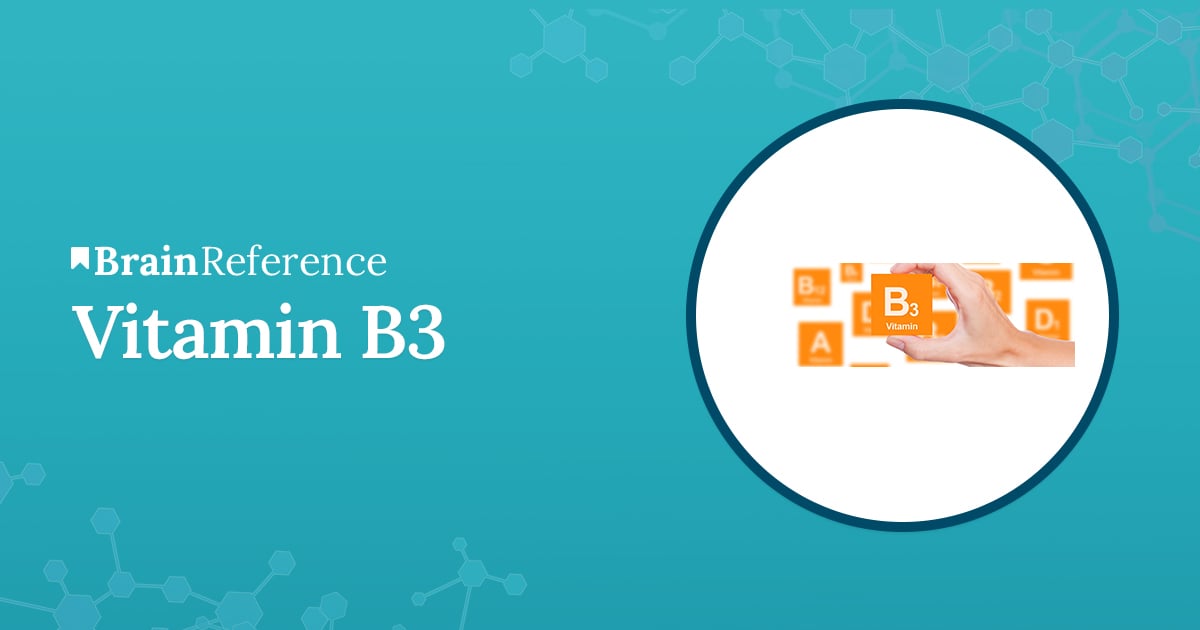 Commonly referred to as Niacin, Vitamin B3 is one of the eight vitamins included in the complex called the B complex. Along with Vitamin B1 (thiamine), Vitamin B2 (Riboflavin), Vitamin B5 (Pantothenic acid), Vitamin B6 (Pyridoxine), Biotin, Folic Acid, and Vitamin B12, Niacin contributes to many vital body functions and processes. The B complex has been extensively researched and credited for benefits in treating or preventing conditions such as ADD, ADHD, Alzheimer’s disease, anxiety, artery disease, Chron’s disease, cancer, diabetes, and depression to mention just a few.

Niacin is the third B vitamin discovered by Hugo Weidel in 1873 and described in one study of nicotine. Like all B vitamins, Niacin too is water soluble, meaning the body disposes of excess amounts through urine. This determines that the body needs constant supplied from this nutrient, to prevent depletion and associated illness.

While each member of the B complex has been shown to have a distinctive structure and to perform a unique role in the body, they also synergistically function to achieve various other roles too. Usually, a combination of more B vitamins is recommended as a supplementation.

Studies have shown significant benefits of B3 vitamin. The nutrient is demonstrated to lower the amount of bad cholesterol, and to stimulate the production of good cholesterol. This way, serious health conditions may be prevented, including the risk of a heart attack. It has been argued that the elderly may especially benefit from the properties of Vitamin B3, as it reduces joint stiffness and helps manage painful joint.

Other studies indicate that Niacin may, in fact, help lower the risk of developing Alzheimer’s disease. However, there is still insufficient evidence to make a correlation between the two in humans. There are also several research studies which indicate that high doses of Niacin may prevent the development of type 1 diabetes. There were, however, several other studies which suggested the contrary. More research is hence needed. The medicinal effects of Vitamin B3 on type 2 diabetes should be regarded cautiously, and it is highly recommended that people with this condition taken B3 supplements only when advised by a healthcare provider.

Preliminary evidence shows that niacin may help improve the symptoms of arthritis such as low joint mobility and joint inflammation. Niacin supplementation is recommended alongside other drugs, and more research is needed. Another health enhancing feature of this nutrient is its ability to lower anxiety and depression symptoms, while also promoting calmness. While it is not a valid treatment for these conditions, some proposers claim that the nutrient eliminates adrenalin excesses, reduces blood pressure and hence contributes to promoting relaxation feelings.

Niacin is involved according to some researchers in more than 60 metabolic processes. This is why it has been investigated as a potential adjuvant treatment for weight gain. By helping the body metabolize carbohydrates and create energy, it may contribute indirectly to weight loss processes.

Other benefits of this vitamin include promoting a healthy skin, nails and hair, promoting a digestive system and treat diarrhea. There is evidence that that an ample amount of B3 may prevent acne and skin pigmentation problems.

Niacin is likely safe for most people, however there are certain things you should remember before starting taking dietary supplements featuring this nutrient. The most common side effect of niacin overdoses is called the Niacin flush, manifested through a burning, tingling, itching, and redness sensations on the face, arms, and chest. Migraines may also be associated to Niacin Flush. Other side effects associated to excess Niacin include liver problems, gastritis, eye-damage, and elevated uric acid in the blood which may ultimately lead to a condition named gout.

In addition, the nutrient is known to have potential interactions with a series of prescription medications. Antibiotics such as tetracycline are known to be inhibited by Niacin (effectiveness and absorption). All B vitamins act this way for that matter. In addition, the effect of anticoagulant medication may be increased by Niacin conception, therefore risking the risk of bleeding. The same is applicable for blood pressure medications. Other drug categories you should consider when using Vitamin B3 include: diabetes medication, cholesterol-lowering drugs, nicotine patches, aspirin and other anti-inflammatory drugs that do not contain steroids, such as ibuprofen.

To reduce the flushing risk caused by a Niacin intake, doctors recommend that you take an antihistamine 15 minutes before using a niacin dose. A healthcare provider should carefully monitor the use of Vitamin B3 supplements. Because there is insufficient research regarding safety and effectiveness, the use of Vitamin B3 supplementation during pregnancy or breastfeeding is generally not recommended.

Getting sufficient amounts of Vitamin B in our systems is of crucial importance to our long-term health. Because all B vitamins are water soluble, our bodies need constant supplies, as it makes no reserves and it flushes excess out of our systems making no reserves. Vitamin B3 is one of the most frequent vitamins found in food, so a healthy and balanced diet should ensure proper amounts of this vitamin.

Vitamin B3 can be commonly found in yeast extract, mushrooms, dried spices and herbs, almonds, soybeans, cheese, peanuts, fish, sun-dried tomatoes, bacon, lamb, liver, and turkey breast (roasted). Adult men are recommended to use a daily intake of 16 mg of Niacin, while women are prescribed 16 mg of Vitamin B3 daily. Pregnant and breastfeeding women may increase this dose to 17 or 18 mg, only if advised by their healthcare provider.

Sun-dried tomatoes can provide 9.1 mg of Niacin per 100 grams, meaning 45% of the daily value. 100 grams of bacon can provide 11.6mg of niacin, the equivalent of 58% from the daily required allowance. However, bacon is high in cholesterol. Hence consumption should be rationalized. Similarly, peanuts, another great source of B vitamins including Niacin may provide roughly 15 mg of Niacin (75% DV) in a 100-gram serving.