Lobelia Benefits, Uses, and Side Effects 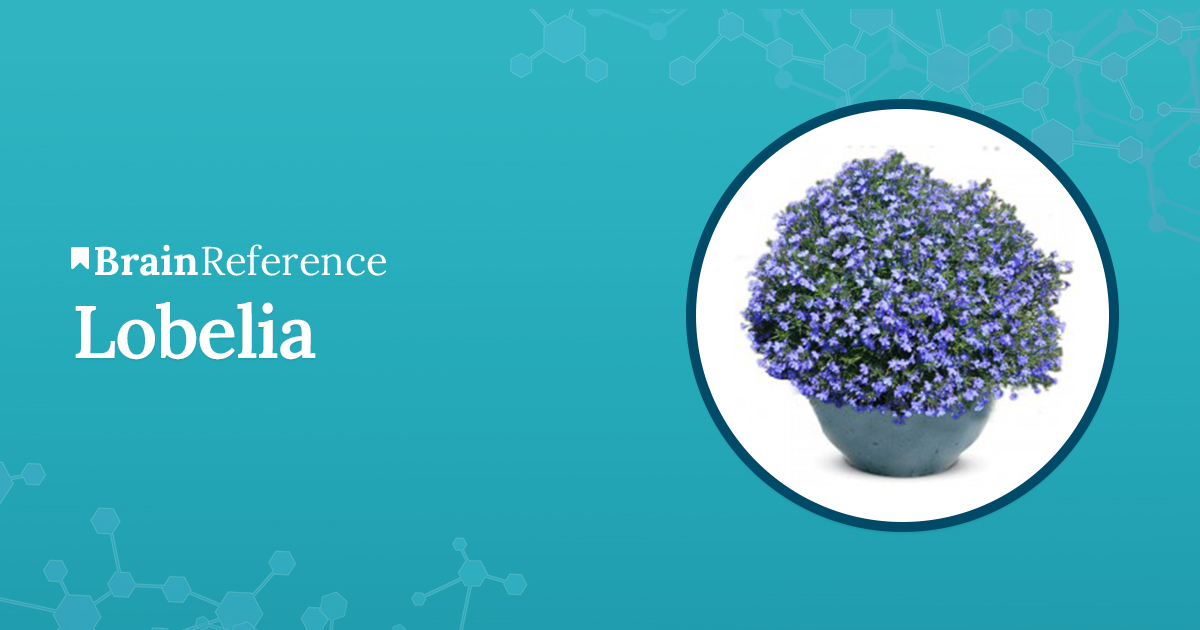 Lobelia is a flowering plant that has its origin in American and African temperate regions. It is an annual or biennial herb and it grows up to 3 feet. They are frequently used as ornamental plants in gardens, but also to make medicine. This plant has been used for centuries in many different cultures. Native Americans utilized it as a purgative and remedy for muscle and respiratory ailments. American Indians frequently smoked lobelia. Furthermore, in Chinese medicine, Lobelia Chinensis represents one of the fifty fundamental herbs.

It is commonly known as Indian Tabaco. It was advertised and used instead of nicotine until 1993 when the US Food and Drug Administration prohibited its use in products that help people to give up smoking. Its chemical structure is very much like that of nicotine, but this one comes with less negative addictive properties.

The active component of Lobelia is lobeline and related alkaloids. It is a vomit inducer, lobelia being commonly known under the name of puke weed. It may be useful in the treatment of food poisoning by causing vomiting and removing the toxins accumulated in the body. It is frequently found in anti-smoking products in small doses.

There are a few ongoing studies regarding the effectiveness of lobelia in the treatment of some forms of chemical dependencies, because of a seeming ability of lobelia to work on the brain’s dopamine receptors. It may have positive effects in diminishing the craving for nicotine in smoking cessation programs. But further research is needed in order to determine if it represents a good solution for nicotine withdrawal.

It has anti-inflammatory, narcotic, and sedation qualities and may be used for convulsive health concerns like tonsillitis, tetanus, diphtheria, and epilepsy.  Many oils that contain lobelia may treat tetanus and certain skin conditions.

Isolobinine contained in this ingredient is considered being a respiratory relaxant and a treatment for asthma. Emphysema is a very serious disease affecting your lungs; the disease makes it difficult to breathe because the lungs lose elasticity and fail to exhale properly. This remedy may help treat this condition.

Native Americans smoked this herb in order to treat respiratory illnesses. Lobeline may have diaphoretic and expectorant properties and it is often suggested for bronchitis, coughing, and asthma treatments. It has been used in traditional medicine as a remedy for cough, colds, and as an expectorant. University of Maryland Medical Center also claims that this compound is effective in treating respiratory imbalances and infection. Whooping cough, a condition called pertussis might be treated with this antispasmodic expectorant herb, alongside other expectorants and immune system stimulators.

There are a few claims regarding its effectiveness in alleviating the symptoms of depression, encouraging feelings of motivation and pleasure. The Memorial Sloan-Kettering Cancer Center supports this theory, but further investigation needs to be done. Other studies have been made on animals and it has been shown an increased memory and learning performance on younger mice. The Memorial Sloan Kettering Cancer Center claims that lobeline crosses the blood brain barrier and encourages dopamine and norepinephrine release.

Liniments and ointments made from Lobelia are used externally for treating muscle and back pain. The author of the book “Encyclopedia of Herbal Medicine” claims that lobelia is a good relaxant for muscle tension. Other claims have been made regarding its effectiveness in soothing sport injuries and in acting as a sedative for nerve pains.

Therefore, lobelia has a multitude of benefic uses. It can be used as a smoking deterrent, detoxifier, antidepressant, anxiolytic, and muscle relaxant. It is also said to have diuretic, antispasmodic, diaphoretic, expectorant, emetic and anti-asthmatic properties. It also may stimulate the lung functions, helping to diminish mucous secretions and cough.

None of these properties are attested by research and the already made studies have inconsistent results. It is strongly advised to consult a healthcare professional if you have any of the above mentioned disorders. Medical advice, diagnosis and treatment is mandatory before starting the administration of lobelia or any other supplements or medication that has this plant as an active ingredient.

Lobelia should be avoided by pregnant or lactating woman. Also, the people that suffer from cardiovascular problems, respiratory imbalances, liver and kidney diseases, high blood pressure, and paralysis are advised not to take lobelia or any other supplement that contains it. It is also dangerous for people with Parkinson’s disease and seizure disorders. It is strongly advised not to be used by children.

One important issue is the fact that an increase in the dosage can very quickly reach toxic margins, because the difference between beneficial and poisonous doses is relatively low. It is strongly advised that the treatment with lobelia should start with small doses and the amount should be increased gradually. Also, lobelia should not be mixed with alcohol.

Although lobelia has been used to help reduce nausea and vomiting, moderate dosages may lead to nausea, vomiting, diarrhea, and dizziness. Other side effects that have been reported include convulsions, rapid heartbeat, tremors, hypothermia, abundant sweating, coma, and even death. It may interact with anti-depressant and antianxiety drugs. It should not be administrated continuously for longer than one month.

Large doses of lobelia can be fatal. You must consult your physician in order to determine whether this treatment is appropriate for you and also the right dosages and instructions. The treatment should be followed under the advice and supervision of a qualified healthcare practitioner.

Lobelia may cause a strong allergic reaction that may lead to rash, hives, and breathing difficulties. If any of these symptoms are experienced, a visit to the doctor is strongly recommended.

The seeds of the plant are commonly used in homeopathic preparations. Lobelia is available online on a large number of websites and also in pharmacies that distributes natural remedies or herbal stores.

It can be found in a multitude of forms, such as tincture, tea, supplements, liniment, ointment, oil, powder, liquid extracts, and others. It can be used fresh and dry. Due to the fact that it is considered a potent herb, it is recommended to be used alongside other herbs. A few possible combinations are goldenseal, Oregon grape seed, garlic, and skullcap.