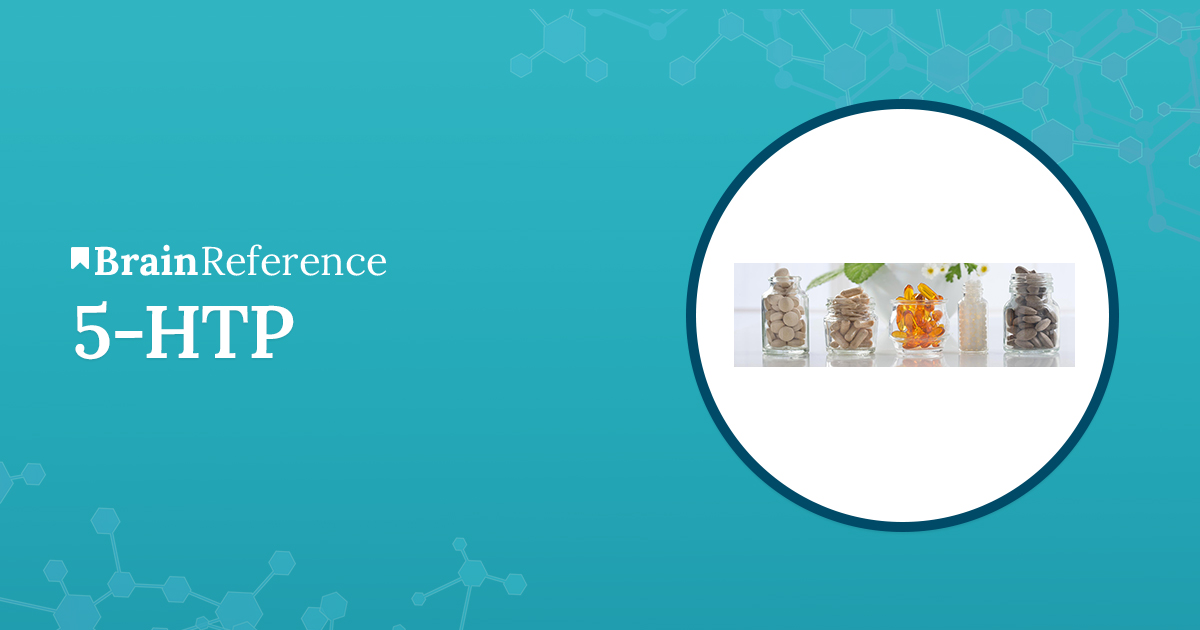 5-HTP or 5-Hydroxytryptophan is known for being a chemical by-product that comes from the protein building block called L-tryptophan. It is usually produced commercially by utilizing the seeds of Griffonia simplicifolia, an African plant.

It mainly focuses on increasing serotonin levels in the organism, particularly the brain, where this neurotransmitter is a contributor towards the feeling of happiness and general well-being. Furthermore, serotonin helps with mood regulation; thus, it may have a positive impact on anxiety, mood, sleep, pain sensation, as well as appetite.

It works by directly nourishing the brain as well as the central nervous system because it increases serotonin production. As we’ve previously mentioned, serotonin is, in fact, a neurotransmitter known to enhance sleep, appetite, and also influence pain sensation and temperature. Because the quantity of serotonin in the organism is increased by 5-HTP intake, symptoms of diseases related to these chemicals are positively influenced. For example, depression, insomnia, or obesity may have their symptoms alleviated or even be treated with treatments mainly based on this herb extract. Furthermore, there are some online customer reviews which suggest that its efficacy may rise up to the one of anti-depressants like Prozac or Sertraline or even product remedies featuring St. John’s Wort as leading ingredient.

Unfortunately, in 1989, because of a presence of Peak X, a contaminant found in supplements featuring 5-HTP, there was an outbreak of EMS or eosinophilic myalgia syndrome, a fatal disorder that affects skin, muscles, and blood. Because of this, the Food and Drug Administration pulled all these remedies off the nutritional market and all releases that followed were more carefully supervised. Even though the reputation of this ingredient vanished, companies have started using it again in natural remedies because of its potential, but the people still remained skeptical, hence most of them still make sure that the manufacturer is reliable.

Additionally, some research showed that the co-administration between 5-HTP and carbidopa increases the intake, but at the same time, there are some studies which state that there is no use of combining it with decarboxylase, an inhibitor, like carbidopa because it may determine risks of scleroderma.

Another category of people that take 5-HTP supplementation is those who suffer from post-MDMA dysphoria, an issue which leads to a decrease in serotonin levels in the majority of the cases. Even though this practice is relatively common, there is no concrete evidence confirming the effectiveness of this particular practice.

Because serotonin is converted by the body into melatonin, people suffering from insomnia may normalize their sleep-wake cycle because the enhancement of serotonin determines the increase of melatonin.

Despite the fact that the supplement is often regarded as safe, some concern related to the possible causing of a severe side-effect called eosinophilia-myalgia syndrome is still present. Even though some people view this side-effect as a direct cause of a possible contaminant found in the ingredient, further research is needed in order to know if the contaminant is really responsible or there is another factor which causes it. Other possible side-effects of administrating 5-HTP supplementation are minor and include stomach pain, muscle and sexual problems, diarrhea, and drowsiness.

In addition, women who are either pregnant or lactating are usually advised not to take supplementation based on this compound. Furthermore, people that have Down syndrome should also keep away from it because of some reported seizures determined by consumption of 5-HTP. These reports are mainly based on a study in which 15% of people who suffered from Down and received a long-term treatment ended up experiencing severe seizures.

Moreover, anti-depressants such as Zoloft, Prozac, Paxil, Elavil, Parnate, Tofranil, Anafranil, or Nardil as well as MAOIs interact with 5-HTP in the majority of the cases. This interaction is the result of the fact that the prescribed medication is also used for enhancement of serotonin levels, thus the overly increased dosage may lead to a series of side-effects which include anxiety, shivering and heart problems.

In order to determine the proper 5-HTP dosage, which can be supported by the body and leads to positive results, a person should keep in mind some factors such as health, age, and possible medical conditions. Even though further scientific research is needed, people are advised to consult a personal physician and be very careful with the label dosages of the product that they have purchased. If any of the above mentioned unwanted effects occur, the treatment should be discontinued for a while or even stopped at the doctor’s advice.

Generally manufactured from Griffonia simplicifolia’s seeds, 5-HTP may also be found in drug stores or online produced by various nutritional manufacturers. On the other hand, because it is a chemical involved in the metabolism of tryptophan, an amino acid found in foods such as potatoes, milk, turkey, as well as some greens, it can be taken in small amounts from these, too.

Typically, remedies featuring this ingredient are offered for purchase in 50 or 100 mg in form of gelatin or vegetarian capsules. However, the dietary supplement should be chosen by the individuals based on the severity of their medical conditions as well as customer testimonials which represent most of the times a good information source because they point out both the positive and the negative sides of the treatment while also advising a certain category of people to either avoid or try that specific product. Despite the fact that more research is required in order to conclude an optimal quantity of 5-HTP featured in a remedy in order to obtain the best results, people have to pay attention on the label dosage and don’t exceed the amount pointed out on the bottle because this is the reason for most of the side-effects and complications which usually occur during treatment with natural remedies.