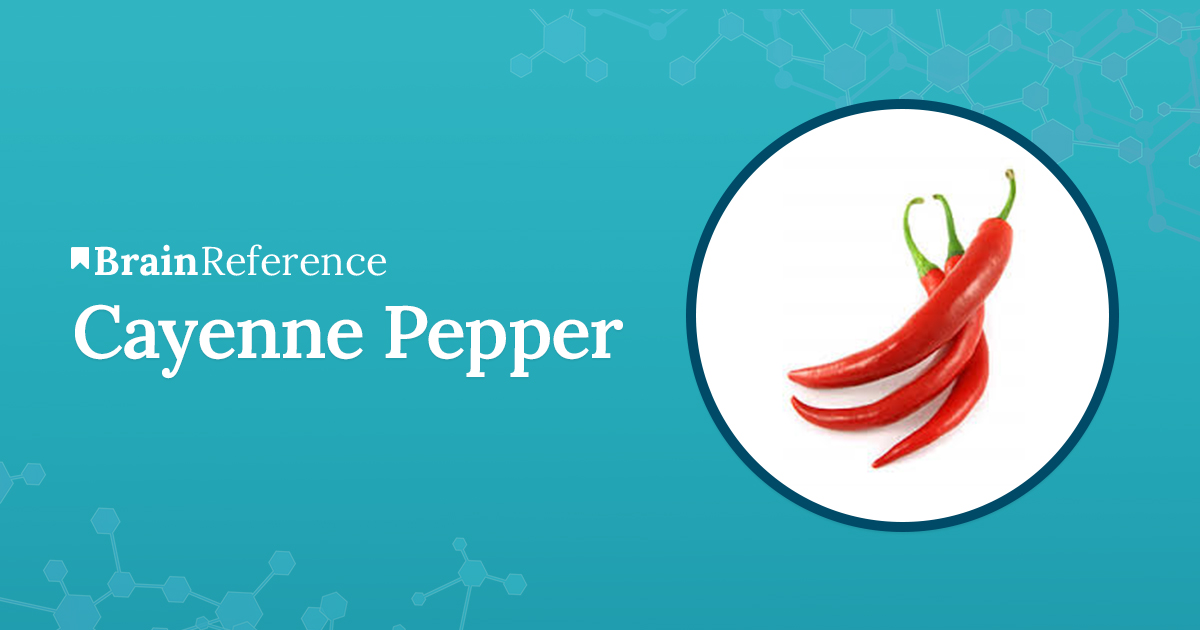 Cayenne pepper is a chili pepper that is generally used as a dish flavoring. It is also known by names such as aleva, cow-horn pepper, bird pepper, or Guinea spice, and is often found directly in a form of red powder.

The variety of cayenne which is commonly cultivated is called Capsicum annum, and grows in a wide array of locations, prefers nutrient-rich and warm soils as well as a warm climate, and requires approximately one hundred days to reach maturity. Among its first literal mentions there is the one in Complete Herbal, in the year 1653, by Nicholas Culpepere who refers to it as “guinea pepper.”

When it comes to the Scoville Unite scale which represents the heat measure for pepper, cayenne is situated moderately at around thirty to fifty thousand units.

People also use cayenne pepper for medicinal purposes. On a general level, it aims treatment and prevention of conditions including intestinal gas, upset stomach, diarrhea, cramps, and certain stomach pains. Furthermore, conditions of the cardiovascular system which include excessive blood clotting, heart diseases, or high cholesterol are sometimes targeted when extracts from the fruits are consumed.

Because it can deaden nerve endings in a temporary way, it is helpful for treatment in ailments that involve some nerve pains such as diabetes, shingles, and toothaches. When a connection with stomach ailments is made it, also influences the body’s mucus production which further helps protect the stomach lining. Because it controls both internal and external bleeding while also actively working on healing some stomach ulcers, people suffering from any of these problems will benefit from its consumption.

One of the best qualities of cayenne pepper relies on the fact that it is easily absorbable, thus the action is faster than with similar other ingredients. For instance, a pinch in a nostril will begin to work instantaneously, thus the sinus congestion can be relieved and the excess mucous eliminated. It is also considered a reliable ingredient in the diets of people who desire to either lose some extra pounds or are required to as a result of suffering from diseases like obesity. By taking it in the morning, it decreases a person’s appetite for the rest of the day, and also helps speed the metabolism, which will eventually result in fat burning when combined with small amounts of food eaten throughout the day. It also improves the ability to void food and digest it for daily consumers, resulting in positive outcomes and a greater feeling of well-being.

It is a known fact that cayenne pepper is effective for stopping heart attacks, and is usually administrated mixed with some warm water after the CPR in order to enhance the functioning of the heart as a result of it blood flow enhancing qualities. The stimulation of the central nervous system will also keep the person awake and help with potential harms caused by the fainting or the heart stop.

Additionally, these fruits may help with problems like seasickness, toothaches, malaria, alcoholism, fever, and swallowing difficulties. When applied directly on the skin by means of lotions or creams that contain it as an ingredient, cayenne pepper may help with relief of the muscular spasms and reduces the pain sensations.

Creams and lotions that were designed for medicinal purposes and feature cayenne pepper are often viewed as likely safe when it’s applied on the skin on a regular basis by adults. Because its active chemical called capsicum has been approved by the Food and Drug Administration, products featuring extracts from the herb or fruits can be sold without the need for a prescription.

However, there are a series of side-effects which may appear on its utilization and include burning, itching and skin irritations. It is not advised to apply it on sensitive areas of the skin, damaged skin, or around the eyes because of the increased possibility of developing an unwanted side-effect.

As far as the internal usage based on tablets or capsules goes, it is considered safe for the majority of adults, even in long-term usage. Side-effects linked to oral intakes include flushing, runny nose, stomach upset, irritations, or sweating. In rare cases, its utilization can lead to certain serious conditions of the kidneys and the liver. While nasal applications may lead to sneezing, burning pain, runny nose, or watering eyes, it is currently viewed as safe and these effects will most likely go away after five days from the interruption of the treatment.

As with most herbs or fruits, it is advised to keep away from its usage in cases of breast-feeding or pregnancy because there is a possibility of harming the child, mostly because no study was led in this area. There have been some cases of dermatitis reported in children whose mothers ate cayenne pepper in the nursing periods.

Even though interactions with medications are moderate, people who are taking anticoagulant drugs, cocaine, or therophylline should know that it might be dangerous to consume cayenne pepper alongside. Minor interactions can appear with ACE inhibitors.

Used mostly for its flavoring properties, this spice is cultivated typically in sub-tropical and tropical regions, but they also grow annually in areas with temperate climate on soils which are moist, warm, and rich in nutrients. Countries in which it can be easily found are France and Korea, but because of its increasing popularity, it can be bought even from local stores in countries in which the environment doesn’t let it properly develop.

It is used in a variety of products, from lotions and creams to capsule or tablet supplementation. These remedies usually target an enhancement in the digestive, cardiovascular, and sometimes skeletal system, thus having a positive impact upon the whole body. On the other hand, more research is required in certain areas; its general effectiveness cannot be stated, and there are some cases in which no improvement is observed. While pregnant or lactating women, as well as people who are taking any of the above mentioned medication, should avoid its usage, those who can follow treatments based on cayenne should pay attention on the dosages suggested by the labels of the product, and consult a personal healthcare if any type of unwanted side-effect appears.