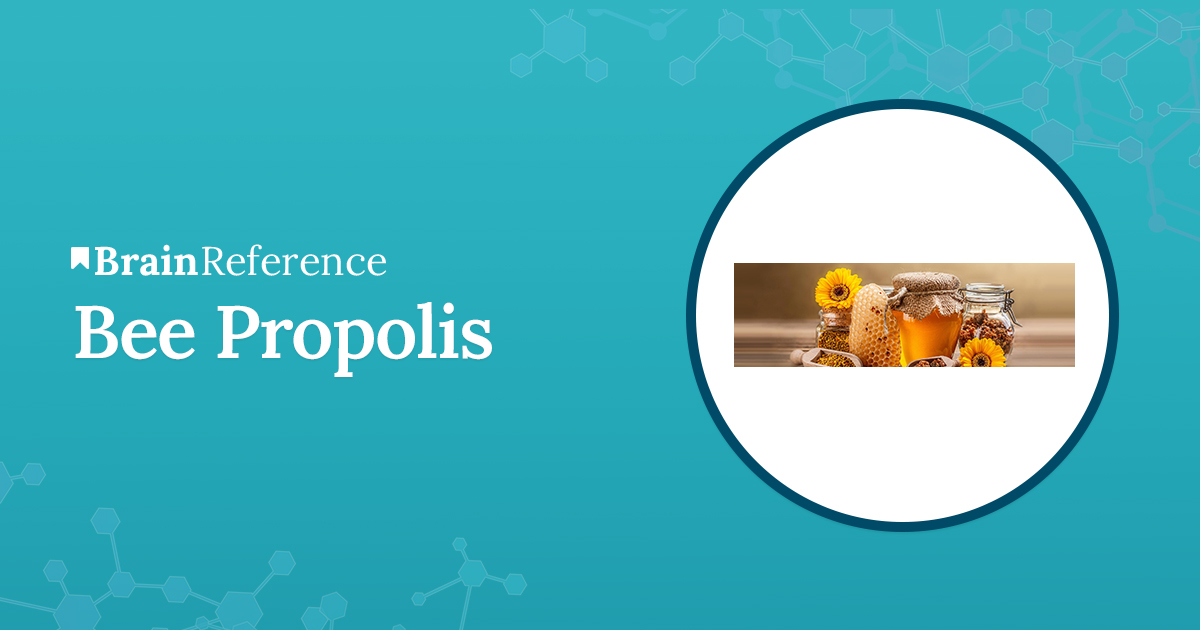 Bee propolis represents a resinous mixture which is collected by the honey bees from sap flowers, tree buds, or some other natural sources and used to seal a space from the hive that shouldn’t be left open. Although larger spaces are filled with the help of beeswax, propolis is utilized to fill gaps that are somewhere around six millimeters or less. Its color depends on the provenience, and the most common are considered dark brown. Although at low temperature it is hard and brittle, when exposed to room temperature it’s described as being sticky.

Bee propolis has been recognized as one of the most exciting and unique substances found in nature. Greeks, Romans and Ancient Egyptians have utilized it for wound healing. Even from the 12th century, this ingredient was used to aid in treating throat infections and mouth ulcers. Nowadays, modern applications of propolis have expanded into dental care, skin care, immune support, cancer treatment, and digestive health due to being viewed as beneficial for general well-being, but also for particular bodily areas and functions.

An interesting fact about propolis is the fact that it doesn’t only help bees survive, but thrive due to the increased ventilation provided during winter periods for temperate regions of the world. Furthermore, it helps by reducing vibration, reinforcing the stability of the hive’s structure, making the hive defensible, preventing parasites and diseases that may enter the hive, inhibiting bacterial growth, and preventing putrefaction inside the hive from mice and lizards which often die inside them.

As a material similar to the resin which is obtained from buds of cone-bearing trees, propolis is rarely found in its pure form, and it possesses bee products due to being obtained from beehives. Its medicinal history dates back to 350 B. C., the time in which Aristotle lived. In that period, Greeks utilized it for conditions like abscesses, while Assyrians used it to heal tumors and wounds, and Egyptians thought it represented a great addition to their mummification processes. Despite the fact that its utilization expanded on larger scale centuries ago, it still presents some uses that can apply to the current needs of people and has proved to be effective in certain medical conditions.

For example, it has been successfully used for certain infections determined by bacteria, such as tuberculosis, some caused by viruses such as H1N1 flu, common cold, and flu, as well as some created by single-celled organisms named protozoans and fungus. In the majority of cases, it is believed to have a positive impact upon canker sores. Other utilizations include treating throat and nose cancer, enhancing the immune system, and treating some gastrointestinal issues that include Helicobacter pillory, an infection found in peptic ulcer. Furthermore, people use this ingredient for its quality of being an anti-inflammatory and antioxidant agent.

Sometimes, it is directly applied to the skin for some physical problems like cold sores, genital herpes, or wound cleansing. Some individuals think it’s effective for treating minor burns or speeding healing that follows surgical operations. For example, when it comes to genital herpes when 3% of the ointment is applied, it may enhance healing when it comes to lesions which are recurrent and caused by herpes simplex virus, type 2. There are some scientific studies which suggested that it may even heal injuries in a much faster and complete way than conventional treatment which features 5% acyclovir. Due to these external properties of propolis, some cosmetic companies have included it as a component of skin creams, lotions, or even gels and specialized skin treatment.

Unfortunately, there isn’t sufficient information regarding the safety of bee propolis on either short-term or long-term usage. However, there are some customer reviews which pointed out the fact that it can cause some allergic reactions, specifically in people that are allergic to either bees or products based on bees. Furthermore, lotions that feature this ingredient can determine mouth ulcers and irritations.

Lactating or pregnant women are advised to keep away from products that contain this component because there isn’t enough information and, because of this, the possibility of harming the child exists. Thus it is better to be safe than sorry. Additionally, some experts think that some chemicals contained by propolis may worsen asthma and, due to this feature, people suffering from it are advised to keep away to avoid potential complications. Finally, individuals who are allergic to products that feature bee extracts like conifers, honey, poplars, salicylates, or Peru balsam should prevent their utilization in case they don’t desire a trip to the hospital because of allergy manifestations that can, in worst case scenarios, lead to death.

Within the interactions section, there haven’t been any studies done, so it’s better to consult a personal healthcare provider if an acute treatment is also followed, particularly if there are restrictions attached to it.

Due to being a mixture collected by bees from sap flows, tree buds, as well as other botanical sources, propolis can be found in places bees have a proper environment for living. Research showed that the origin of honey bees is in South East Asia and South regions from which they have expanded throughout the world and are currently raised by apiarists in areas they can normally grow and under supervised conditions. Besides the fact that for some people this is a passion, most of the individuals do it for the benefits they obtain from honey bees such as honey or propolis.

Nowadays, this ingredient is featured in a wide variety of products, most of the time as an additional ingredient, but there are some remedies which are entirely based on it. These types of products specifically target skin improvement and bacteria, viruses and parasites healing or avoidance. It has been used for conditions that vary from superficial wounds too much more severe ones that follow either surgery or an accident. However, it should be mentioned that the majority of cosmetic products also feature this ingredient due to its potential regeneration boost properties.