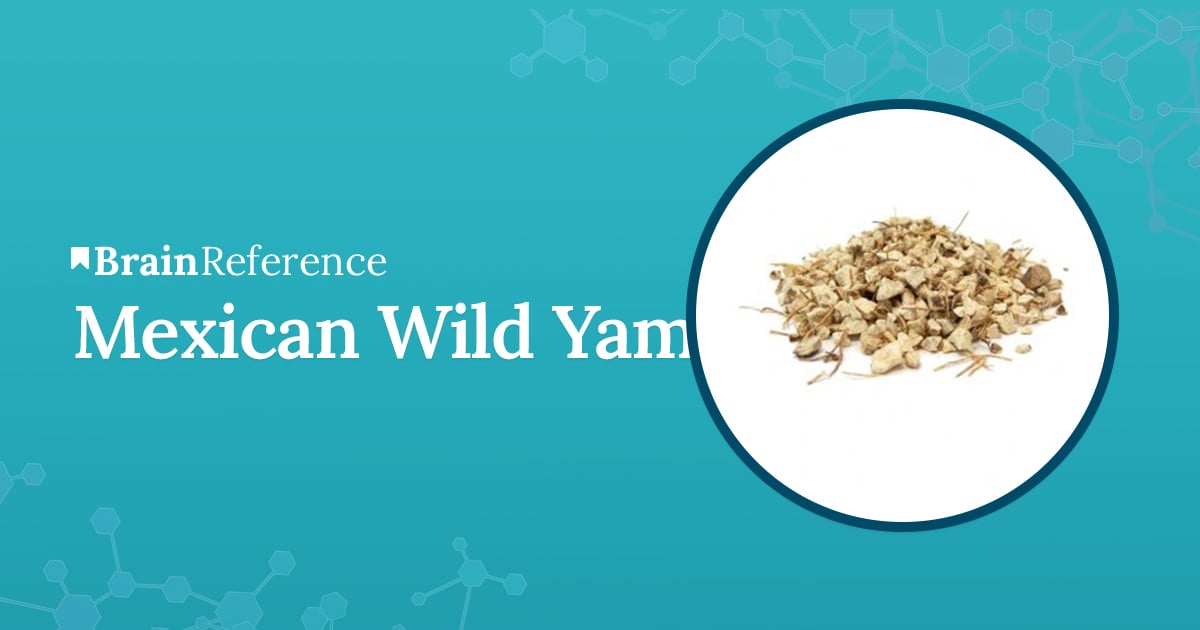 The Mexican wild yam is a perennial vine that grows in the eastern part of North America, mostly within the United States. It is well known for the variety of saponins that it contains. These substances are similar in structure and function with steroids, leading to a considerable array of uses. Some of these substances can even be used in the manufacturing of progesterone contraceptives and even cortisone.

It has been claimed that it can help regulate the functions of the female reproductive system and that it can treat painful menstruation, female infertility, and help ease the symptoms of menopause.

The substances are found within the plant’s root which is often dried before being distributed. The root is edible not only in the case of this plant but also in the case of most similar varieties of wild yam.

There are over one hundred and fifty species of wild yam similar with the Mexican variety. Some of them have only ornamental value and no health benefits. Therefore, it is important to know how to distinguish between the proper species and the others. Using a reliable and well-known supplier is a key factor in protecting yourself against fraud or even health issues.

Mexican wild yam has been used for more than three hundred years in order to treat almost all conditions that target the female body specifically. It was believed at a certain point that it contains actual progesterone. This is a false claim. Not only does it not contain the female hormone, but the related substance that it does contain cannot be altered by the human body in any way so it remains ineffective. It also seems to have no real effect in most areas where it was commonly used.

Women that are going through menopause have commonly tried fighting the night sweats and bouts of heat that normally occur in such cases with the help of the wild yam root. Unfortunately there are no studies that confirm its effectiveness in this area. All of the attempts targeted at proving it haven’t found any benefits when reported to a placebo. The use is attributed to historical circumstances that have pushed this remedy into popular culture.

Another old use is against infertility. It was believed that it can help ovulation and increase the likelihood of conception. This is somewhat ironic when considering the fact that it is also marketed as a natural contraceptive. It is safe to assume that none of these claims hold any water and they have been propagated by folk stories and old wives’ tales from the past centuries.

Most of the modern speculations come from the fact that in a certain period of time, some substances extracted from wild yam were used in the manufacturing process of synthetic hormone. These days, however, they have been replaced by other, more reliable, sources. Many advertisers have used their information to their advantage, relying on the fact that most people will not check these facts thoroughly.

Some success has been achieved in calming the symptoms of premenstrual syndrome (PMS). Using this product for this purpose hasn’t been demonstrated scientifically, but there is more proof to it than most. The proposed mechanism is an induced relaxation of the uterus through the action of some of the saponins that can be found within the root. To achieve these effects, it is recommended that a Mexican wild yam root extract is used, instead of the usual powder.

More reliable is the anti-inflammatory effects of the steroid-like substances found in the plant’s root. It has been shown that it can successfully alleviate symptoms in cases of rheumatoid arthritis, an autoimmune condition that causes severe pain and abnormal swelling in the joints. It can also sometimes be used against inflammation of the uterine and urinary tracts with a reliable degree of success. Some medics use it against various cramps, spasms, and against symptoms of neuralgia.

If used in normal quantities, the root of the Mexican Wild Yam bears no health risks whatsoever. If taken in large amounts it can cause a variety of digestive symptoms, including diarrhea, nausea, and vomiting. Allergy to this plant is not uncommon and it can cause wheezing, asthma, or hives.

No studies have indicated that there is any risk for pregnant or lactating women when using Mexican wild yam based supplements. However, most herbalists tend to advise pregnant women to stay away from the herb as a precaution.

There are many voices that claim that the herb interacts with hormonal treatments and that it may hinder some contraceptive’s effectiveness but the fact remains that these claims stem from the conviction that the herm contains female hormones or that it actively affects female hormone production. Considering these claims are most likely false, it is unlikely that you would face any risks if you are using this herb while undertaking hormonal treatments.

The most important concern however is the fact that the plant may be easily confused with other varieties of tonic or ornamental wild yam and great care should be exercised in choosing the proper source.

Mexican wild yam root is most commonly found as a powder in a variety of products ranging from capsules from creams. Products based in this root can be found in many herbal stores and pharmacies. They can also be bought online at low prices. These products are usually very affordable, mostly due to the fact that the plant grows in the United States.

If you live in an area where this plant is gathered from, you may also find it in its fresh form, but this form is not usually used therapeutically. Extracts can also be bought from the same sources, but they are rarer and have more limited uses than the traditional powder.