Daikon/Radish Benefits, Uses, and Side Effects 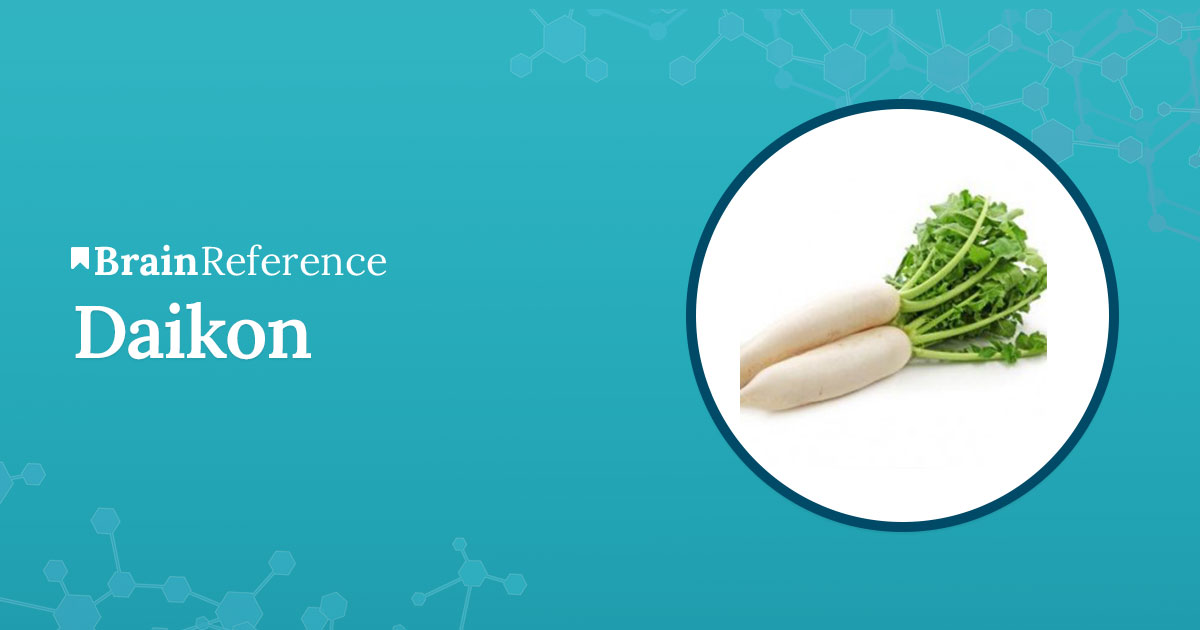 Radishes are vegetables native to Asia and Europe, where they have been used since before Roman times. The radish belongs to the Brassicaceae family, same as cabbage, horseradish, cauliflower, and broccoli. Some radish species look like larger carrots while others are rather pear-shaped. There are many types of radishes, but from a medicinal point of view, the black radish and the daikon are most widely used. The black radish is of European origin, and the daikon comes from Asia. Nonetheless, the many properties of the daikon radish have made Americans cultivate it in Texas and California as well.

People most often eat and use as herbal remedies the root and the leaves. You may extract juice out of the root or you can just it raw in salads, with sushi or in stews.

The radish has many health benefits given its high content of vitamins and minerals. Thus it is rich in vitamin C, B vitamins (mostly B9), minerals like potassium, calcium, molybdenum, copper, magnesium, and dietary fibers. Also, it has almost no calories and fats. Vitamin C strengthens the bones and the teeth as well as having antioxidant properties and providing increased protection from infections. Folic acid, which is a B vitamin, may be used in the treatment of kidney and liver problems, heart disorders and could also prevent miscarriage. Both folic acid and potassium, a mineral found in radish, may diminish the risk of suffering from a stroke. Potassium may also help with blood pressure diseases, heart and kidney problems. This vegetable also contains magnesium, which is especially recommended for muscular, heart and kidney conditions.

Laboratory studies have concluded that other key compounds found in radish are glucosinolates. Glucosinolates are found in plants from the Brassicaceae family, including radish. They are derived from an amino acid and glucose and result in mustard oils (isothiocyanates) which are behind the distinctive taste of cabbage, cauliflower, and similar vegetables. Mustard oils have anti-inflammatory properties, and more importantly, they may inhibit cancer.

According to folk medicine, radishes are recommended for digestive disorders (such as flatulence, nausea, diarrhea), cough and other influenza symptoms, migraines, and urinary tract conditions. Some herbalists particularly appreciate the black Spanish radish. However, it is not very well known in the United States. It is a powerfully alkalizing vegetable. Alkalizing foods help the body manage the acid levels that usually go up when we consume meat and dairy. This plant contains plenty of fibers being recommended for digestion concerns and for reducing blood pressure. Also, the black Spanish radish promotes a healthy gallbladder and stimulates bile flow. According to some preliminary research on animals, the juice obtained from the black radish variety could help reduce cholesterol. Also, black radish juice may assist in the treatment of jaundice. According to traditional medicine, the recommended dose would be ½ liters of juice per day for some ten days. We would, however, recommend consulting with a healthcare practitioner. Specialists recommend that we should eat this radish raw to enjoy most if its health benefits.

Another popular species of radish is daikon. In traditional medicine, daikon root is used to speed up digestion, and in the treatment of constipation and diarrhea. Asians also consider it as useful in enhancing the immune system. Test tubes have revealed that the daikon root could improve the digestion process. The juice obtained from the root is especially recommended for this condition. The seeds also have medicinal properties. They can also improve digestion by preventing or treating gas. They may also speed up the elimination of toxins in the blood, alleviate symptoms of fatigue, and treat certain skin problems (primarily caused by the blood having accumulated too many toxins). Also, in China, people use daikon seeds for congestion, coughs, and sore throat. They are a good hangover remedy. Daikon, like other species of radishes, may also provide relief from headaches and high blood pressure. Moreover, daikon also has diuretic effects, meaning that it helps in eliminating excess fluids. This property can make it especially useful in treating edema and cleansing the kidneys.

The radish is an edible vegetable. Therefore it should be safe. Side effects that have been reported are mainly related to dermatitis and asthma. Also, specialists consider radish to be harmful to individuals who suffer from gallstones. The same compound which reduces the risk of cancer negatively affects the functioning of the thyroid gland. More specifically, it is the modified amino acid called glucosinolates that can lead to goiter, an inflammation of the thyroid gland. What is more, a by-product of the glucosinolates called nitrite leads to the excessive formation of a type of cells which cannot bind oxygen. These chemical reactions may cause cyanosis, a condition in which your cheeks and nails have a slightly bluish color. Moreover, scientists have only scarcely studied the side effects of radish on pregnant or breastfeeding women. Therefore caution is advised as to the use of dishes or remedies based on radish.

Given the phytochemical compounds that the radish contains, it may interact with some drugs, but this largely depends on the concentration of the radish extract in the herbal remedy; we advise you to ask for advice from a healthcare specialist before using radish-based herbal products. In theory, radish formulations may interfere with drugs that increase the production of the bile. Moreover, it may interact with vasodilators by enhancing their effect, since radish itself has this property. Vasodilators include anti-migraine medication and blood pressure drugs. Moreover, radish extracts could interact with drugs prescribed for constipation problems.

Radish is a vegetable found in numerous grocery stores. Supplements based on radish may be found online as well as at many offline retailers. Radish is available either in dried form, in capsules and tinctures.