Cabbage Benefits, Uses, and Side Effects 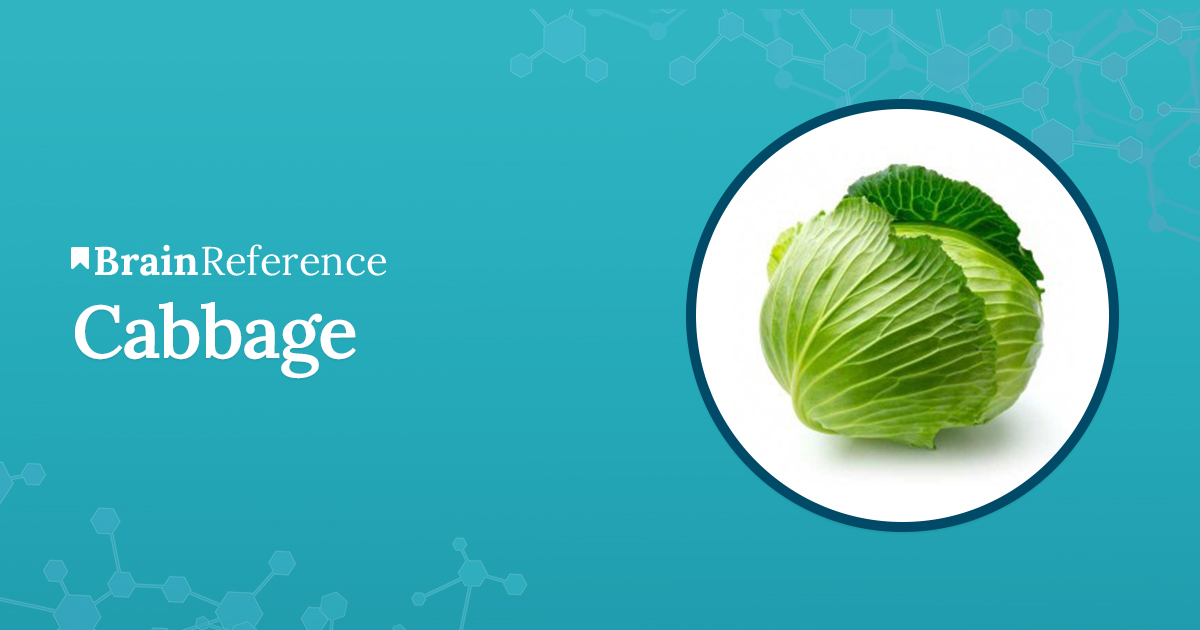 Cabbage, also known by the name of Brassica oleracea, is a biennial plant which is leafy green and is usually grown by people annually because of its dense-leaved heads. It grows particularly well in soils that are fertile. There is a wide array of leaves shades that vary from green which is the most common to red and purple. While the Savoy types are grown for salads and slaws, the red varieties have also gained popularity because they offer color to cooked dishes and salads.

Cabbage is a close about some cole crops like cauliflower, Brussels sprouts, and broccoli. It’s headed vary from one to eight pounds which are the equivalent of 0.5 to 4 kg. While its history is pretty difficult to trace, there is some evidence that its origin is in the continental part of Europe before 1000 BC. Somewhere around the Middle Ages, it became an important part of the European cuisine despite the fact that the Savoy wasn’t grown until the sixteen century. There might be some problems during the cultivation periods because of the high amounts of nutrients required by cabbage to properly grow. Thus it is prone to certain nutrient deficiencies such as calcium, phosphorus, potassium, and boron.

Even though cabbage is usually used for its vegetable qualities, there are also some medical purposes for which it has proved beneficial throughout the years. For example, there are cases in which cabbage is consumed for lowering the risks of developing breast cancer because it features a series of chemicals which are thought to lower the levels of estrogen in the organism.

In ancient Rome, a nobleman named Pliny the Elder described the culinary and medicinal qualities of this vegetable and suggested it represented a good measure of prevention of alcohol effects as well as a way to cure certain hangovers. Because of the cooling properties possessed by its leaves, in Britain, it was utilized as compresses for breast abscesses and ulcers. During WWI, it was viewed as a reliable treatment for trench foot. Other medical uses throughout history, before any testing was done on this vegetable, include a sore throat, rheumatism, colic, melancholy, and hoarseness. On the territory of the United States, this plant was included in treatments for pneumonia, appendicitis, ulcers, and warts.

On a general perspective, this plant is used for treating medical conditions that include excess stomach acidity, intestinal and stomach ulcers, stomach pains, and a problem linked to the stomach which is called Roemheld syndrome. Other utilizations include morning sickness, asthma, and prevention of osteoporosis, as well as stomach, colon, lung, and breast cancer.

Additionally, it represents a reliable source of Vitamin C, fiber, and beta-carotene. Like other crops, it also features high amounts of indole-3-carbinol which is one of the chemicals that boost the reparation of DNA on a cellular level and blocks the development of cancerous cells. Furthermore, because of the fact that this vegetable contains significant amounts of minerals and vitamins while its calories count is small, it can be included in the diets or food supplementation of individuals who suffer from obesity.

When the utilization of cabbage is done under proper levels, and people administrate it according to the labels of the products containing it as an ingredient, the consumption is regarded as safe. So far, the evidence linked to potential side-effects which may appear during treatment with supplements that feature cabbage either as a core or additional component is insufficient, but it any unwanted effect appears, the use should be immediately disrupted. However, when it comes to women who are lactating, even when the cabbage is only eaten once a week, it may determine a colic development in the infants. When it is applied externally to relieve pain and swelling caused by breastfeeding, it is considered safe when it’s done for a day or two, although during those particular days, the usage is quite frequent.

People who suffer from hypothyroidism should avoid the use of cabbage because there are some concerns that this vegetable worsens this conditions. Thus it is better to avoid it than face unwanted complications afterward.

Also, some types of medication interact with cabbage, although at a moderate level, at these include acetaminophen, glucuronidated drugs, Oxazepam, Warfarin, and other medication that is changed by the liver like fluvoxamine, cyclobenzaprine, imipramine, pentazocine, zileuton, and zolmitriptan. Because some interactions may determine adverse effects upon the organism, thus disrupting the treatment with medication, it is better to avoid consumption of cabbage, even if it would have only implied its eating. To prevent any unwanted side-effect, if the consumption is to be done in a supplementation form, before the beginning of the treatment, the person should consult a personal doctor and follow the labels of the product accordingly.

Cabbage can be found nowadays in all countries that possess fertile soils that are necessary for its proper growth. Additionally, because of the beneficial effects of this vegetable which were discovered after it was used only for culinary purposes, nutritional companies have included it as an ingredient found in products which aim to treat or prevent certain issues linked to the digestive system. Furthermore, it can also be found in supplements that target cancer prevention, but there is a high probability for those products to lack testing. Thus their efficacy cannot be guaranteed on a general level.

Besides the fact that it can be cultivated by people in their gardens if they have what it takes for their proper growth, cabbage can also be found in local stores or markets because its leaves are full of minerals and vitamins and is viewed as a healthy food, particularly for people who suffer from obesity or desire to lose weight. However, it is important for women who are nursing to avoid its consumption because the infant may be harmed. In this category, individuals who suffer from hypothyroidism are also included. In conclusion, you can buy or grow cabbage to eat healthier or as a supplement for certain medical issues which are linked to stomach and intestine cancer in most of the cases.