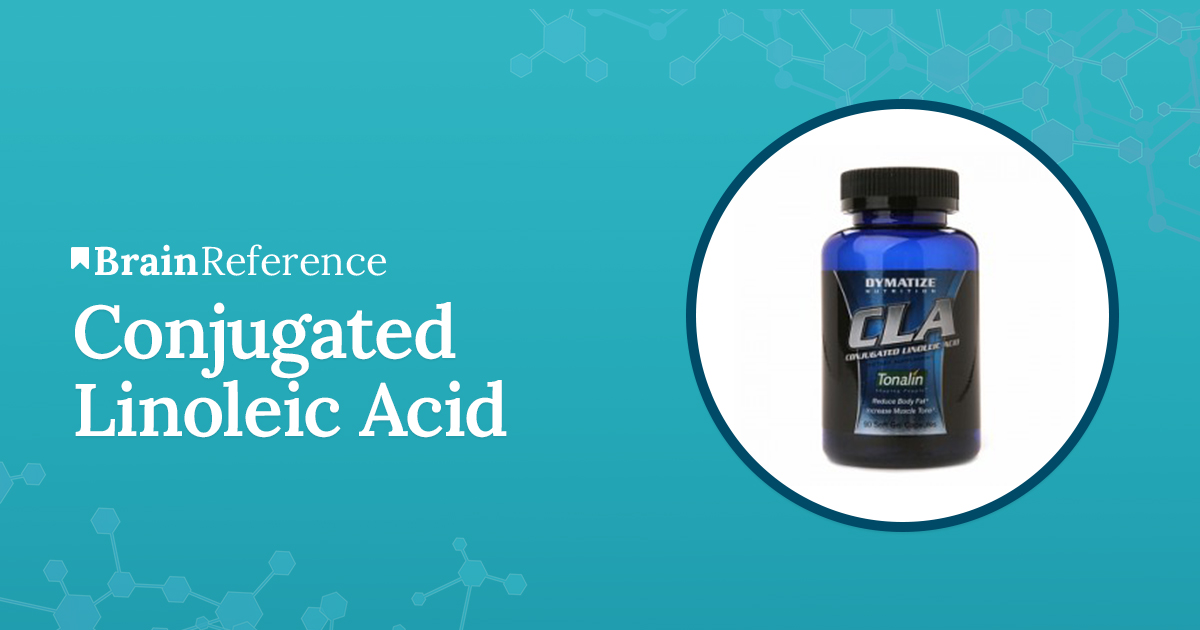 Conjugated linoleic acid, often abbreviated as CLA, represents a family composed of at least twenty isomers derived from linoleic acid which are usually found in dairy products obtained from ruminants or meat. CLA is, in fact, produced in the gastrointestinal tract by bacteria and is acquired from linoleic acid.

These isomers were accidentally discovered by some researchers who were actually looking for some mutagens in beefs. Scientists from the University of Wisconsin applied a type of beef extract to the skin of some mice that were later exposed to a series of carcinogens. They later observed that as compared to the others, the mice which were exposed to the beef extract had twenty percent fewer tumors. However, the identity of the anti-carcinogen found in beef which helped the mice was recognized in 1987 by Michael Pariza who stated that few anti-carcinogens are as effective as CLA in inhibiting carcinogenesis in these models.

Furthermore, in July 2008, companies that produced fruit juices, fluid milk, meal replacement shakes, yogurt, and soy milk got the “green light” for introducing CLA in their products because it was viewed as safe by the Food and Drug Administration.

Because the core properties of these isomers were directly linked to cancerous cells, most of their uses are in these regards. It is one of the ingredients introduced in certain dietary supplements which target an enhancement of the organism in the battle against cancer. Even though the anticarcenogenic qualities were first observed in mice, some research studies revealed that it has an impact on people as well, particularly in when it comes to mammary tumors in breast cancer or colon, and skin tissues that are exposed to radiation. Additionally, it was reported that CLA has the ability of up-regulating a tumor suppressor gene called PTPRG.

On the other hand, there are other utilizations for remedies featuring CLA. For instance, it was observed that the cis-9, trans-11 type of CLA may help with cardiovascular disease reduction while also fighting inflammation. Another use of these isomers discovered by scientists is linked to the body-weight management, thus this ingredient may help lower the percentage of body fat and also enhance muscle mass. There were, in fact, over thirty studies published in a series of medical magazines and books which presented the effects of CLA upon the body-weight. Unfortunately, there was no definite conclusion on whether this component is generally effective, and the inconsistency of the results only led to the idea that it may have a small impact when it comes to fat mass.

Other utilizations of remedies featuring CLA include “hardening of the arteries,” bodybuilding, limiting of food allergies, and some weight-loss caused by a certain chronic diseases. It is considered that the average diet supplies between fifteen and one hundred seventy four milligrams of conjugated linoleic acid on a daily basis. In some rare cases, it is also consumed for enhancement of the immune system, but only if there is no autoimmune disorder or any other type of serious bodily problem implied.

On a panoramic perspective, apples are regarded as safe for most of the people who eat them, while they’re seeds are avoided. They can even be consumed by nursing or pregnant women without any Some research revealed that conjugated linoleic acid is mostly safe when the consumption is done within food quantities and possibly safe in medicinal utilizations. This is due to the fact that most medicinal products feature a quantity superior to the daily amounts offered by foods. When following a treatment that features CLA, people may experience some unwanted side-effects which include diarrhea, upset stomach, fatigue, and nausea. These undesired effects usually appear when there are exaggerations of the daily recommended amounts implied.

Furthermore, the lack of information regarding the safety of this ingredient for females that are either carrying a child or have recently given birth and they’re currently nursing suggests the avoidance of its consumption in these situations in order to avoid potential fetus abnormalities or other health complications.

There is some serious concern that CLA may worsen conditions like diabetes or enhance the risks of developing this disease when a person suffers from metabolic syndrome, thus it is better to think twice before reaching out for a product that contains this ingredient, particularly if the doses are quite high. So far, there have been no reports of interactions with medicinal drugs, but people should be careful with any type of dietary supplement if they’re following a serious treatment that possesses some additional warnings or possible counteractions. In order to avoid any type of unpleasant effect, individuals who desire to consume CLA should consult a personal healthcare in order to decide the proper daily dosages and in case they notice an abnormality or a bodily issue during the utilization, they should immediately interrupt it and only continue it after they have made sure it doesn’t periclitate their health.

Conjugated linoleic acid is usually found either in meat or mammary milk. However, ever since July 2008, companies were approved to add this ingredient in their dietary supplements or foods including yogurt, soy milk, fruit juices, or milk-shakes. Because of its anti-cancerous qualities as well as a claimed positive impact upon the cardiovascular and immune system, nutritional businesses have also included it in a wide array of dietary formulas that are meant to treat a series of medical conditions.

When it comes to its anti-cancerous properties, products mostly target breast, colon, and intestine cancer. As for the cardiovascular enhancement, individuals who suffer from arteriosclerosis or have experienced some heart issues like strokes or hypertension may notice an improvement on utilization of products which feature CLA. However, people should be aware that this ingredient is viewed as safe mainly if the daily used quantity doesn’t exceed the amounts found usually in foods; if this quantity is surpassed, some side-effects like stomach upset, fatigue, and nausea may appear. If undesired effects appear either on eating some products that have CLA in them or taking dietary supplements with it, people should immediately interrupt the utilization and ask the advice of a personal healthcare in order to make sure there aren’t worse problems that appeared beside the initial ones. No medication interactions have been noticed.