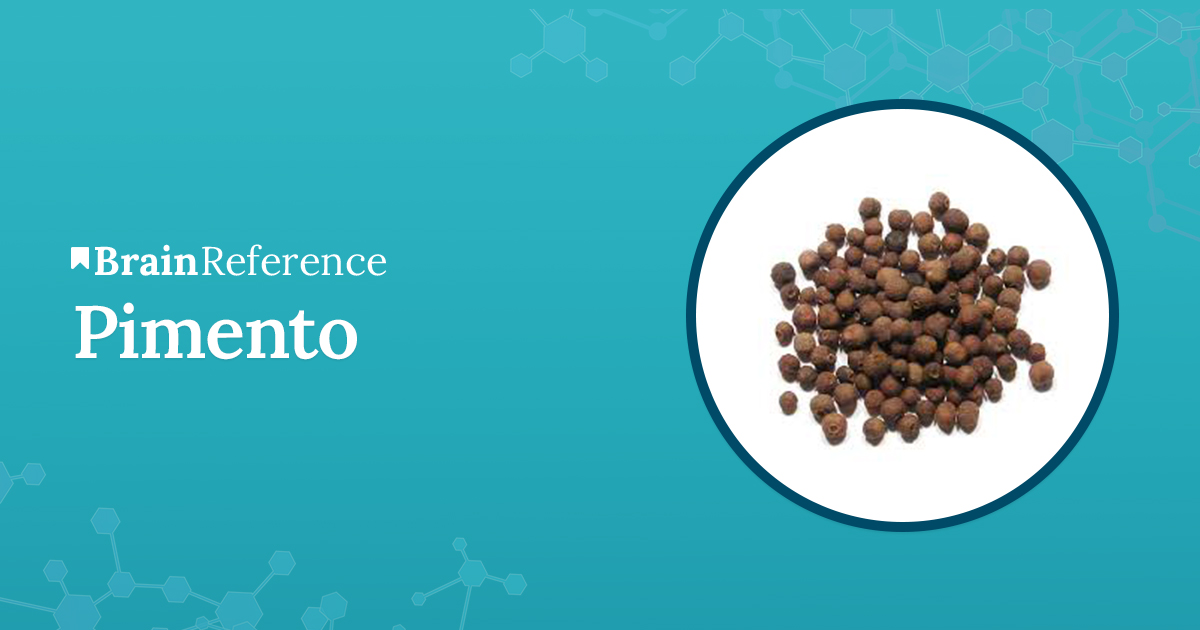 Allspice, also known as Jamaican pepper, is a versatile kitchen seasoning made by drying the unripe fruit of a tree that grows in Central and South America. Its name stems from the fact that it has a very rich taste with many flavors that resemble other spices like: cinnamon, nutmeg and cloves. There are several other unrelated herbs that are being referred to as allspice so when buying a product be sure that it refers to the pimento tree, also known as Pimenta Dioica.

The traditional product is made from green fruits that are picked and dried in the sun. They become brown in color and develop their distinctive flavor. The flavor is released when ground, so it is best to keep the whole fruit and use it freshly ground for the most potent taste. For medicinal use you do not need it to be fresh because the essential useful components are not volatile. Other varieties of allspice include leaves and essential oils and can be found all over the market.

Allspice it is an essential component in Caribbean and Middle Eastern cuisine where it is traditionally used in many diverse dishes. It is also used worldwide to enhance the flavor of salamis, sausages and other kinds of processed meat, alongside many of the popular barbeque sauces. In the United States it is primarily used in desserts. There are also several curry powders that include this herb.

Nutritionally, allspice has significant quantities of manganese, potassium, copper, iron, magnesium, and selenium. Because of this rich mineral content it will help many areas of the body function better and more efficiently. It also has good quantities of vitamin C, A, B6, riboflavin, and niacin. It has antioxidant properties like many other herbs with ingredients like these. Although it does not contain a large amount of any particular amino acid, one serving of allspice can provide up to one percent of the daily protein intake. It has very small calorie content and contains no cholesterol.

Some of the active ingredients contained in the plant promote the secretion of many of the enzymes produced by the digestive system. Therefore, it allows your digestion to run smoother and more efficiently, reducing stress caused by bloating or irregularities. It is known to be a very good anti-inflammatory agent for the digestive system and can greatly reduce flatulence if taken in the right amounts.

The essential oils found in allspice have a slight irritating effect on the skin. Because of this, they can be used to stimulate skin cells and increase blood flow to the skin, increasing its temperature. It also has been used in some areas as a remedy for arthritis and sore muscles, but there are no studies that provide evidence to support these claims.

In some cases, allspice has been shown to relieve certain painful symptoms like abdominal pain and menstrual cramps. Most people don’t find this to be effective but the number of individuals that provided positive feedback is not negligible. Vomiting and diarrhea have been treated by certain herbalists with the help of this herb. It is also used alongside other popular home remedies in fighting against colds and high fever, but is never effective alone.

There is a way to use allspice to provoke a general cleansing of the bowel. Great care is to be taken when attempting this because it can have serious adverse effects. A professional medical doctor is to be consulted before attempting such a treatment. If taken in the proper dose, it has a very relaxing effect on the bowel, relieving almost any condition related to intestinal stress.

Allspice has been proved to be dangerously allergenic for people that are affected by hypertension. It is imperative that you do not consume this herb if your blood pressure is too high because it can increase that pressure even further. Sensitive people can develop violent skin reactions if applied to the skin even in small quantities. Take care if you know that you have sensitive skin.

Research shows that allspice can reduce the rate of blood clot formation. Because of this it is forbidden before and after surgeries or in any circumstance that it may complicate the effects of wounds.

Because of its strong gastrointestinal effects, excess can cause intestinal irritation. You are not allowed to use this herb if you have developed stomach ulcer of gastritis. In toxic quantities, it triggers a depression of the central nervous system and induces powerful seizures.

Pregnant and lactating women are advised to avoid strong herbs like this one. Although in small quantities it is harmless, it is difficult to establish exactly when it becomes dangerous for each and every individual. For the sake of safety, it is better to stay away from it until you are no longer lactating.

You can easily stockpile this condiment, especially the dried fruits, as it is affordable and can be bought in high quantities from online stores or local providers. You can use this herb confidently but make sure that you do not have a condition that may trigger one of the side effects.