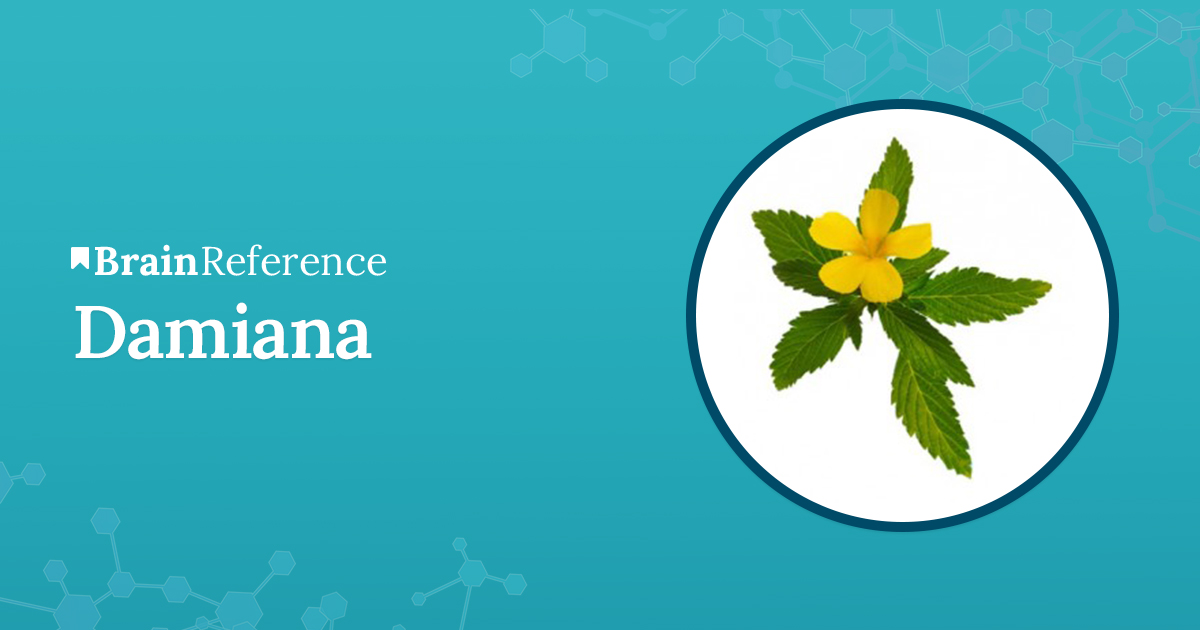 Damiana, also known by the name of Tumera diffusa represents a shrub which originates from the southwestern part of Texas, Central America, South America, the Caribbean, and Mexico. It is a part of the family called Passifloraceae.

This shrub is characterized by its small dimensions and the fact that produces some small and aromatic flowers which usually blossom in early summer. The flowers turn into fruits that have a taste similar to figs throughout the summer. Because of the essential oils found in the plant, people describe it as having a strong spice-like odor, similar to the one of chamomile.

A historical fact linked to the utilization of this herb is linked to Spanish missionaries who drank it as an aphrodisiac after combining it with sugar. Likewise, Aztecs apparently used it against impotence, and the Mayans and Indians thought that it is a good sexual stimulant which often helped with intercourse.

On the other hand, it is now prohibited in the state of Louisiana alongside other thirty nine plants and has been since 8th of August, 2005. The reason behind this decision was the enhancement in the synthetic cannabis content that featured Damiana as a prime ingredient.

Even though the main utilization of this herb is as an aphrodisiac, as it has been throughout centuries, there has been no scientific research conducted in these regards. However, statements from people who took it with these purposes strengthen the idea that this usage often represents a success.

On the other hand, there are other reasons for which this herb is included in various dietary supplementation forms. For instance, there was a study which revealed that Damiana possesses effects like those of progesterone and from one hundred and fifty plants, it was in the top six featuring progesterone-binding properties. Because of this, there are some remedies linked to treatment and prevention of breast cancer which contain extracts of this herb as either a prime or additional component.

Despite the fact that there is absolutely no scientific research so far, other uses for Damiana include treatments for headaches, menstrual disorder, anxiety, asthma, nervous stomach, constipation, and bedwetting. The reason behind these potentially benefic effects is the fact that this herb features some chemicals which directly affect the brain and the central nervous system. This is why some individuals consumed this herb in high amounts in order to obtain cannabis-like effects.

Although it was initially called as prohibited in the United Kingdom by MP Graham Jones, due to a product called “Black Mamba” which was labeled as having “100% Damiana”, in 2012, the prim-minister stated that, even though there is still some concern regarding people who exaggerate with consumption of this plant in order to get high, the herb will remain legal, and warnings will be displayed on some of the products that feature this ingredient. However, in the United States its utilization is forbidden by law and is to be punished.

If the utilization is made according to the dosages viewed as normal in food amounts, this herb is regarded as likely safe. However, when it comes to medicinal quantities, there have been a series of reported side-effects. The most common was convulsions, but it was soon followed by some symptoms like the ones developed when suffering from strychnine poisoning or rabies. These unwanted effects appeared when the usage was of approximately two hundred grams on a daily basis.

Due to the fact that it has a glycoside compounds name arbutin which is converted in the urinary tract in a chemical named hydroquinone, when high dosages are consumed, there are some side-effects that appear ; these include vomiting, nausea, and, in the worst case scenario, collapse followed by death.

The lack of proper research suggests that females who are either pregnant or lactating keep away from natural remedies that contain Damiana because it may harm the child and it is not something anyone desires. In addition, individuals who suffer from diabetes have to monitor their blood sugar levels throughout the treatment because it may have an impact upon these levels, thus the possibility of complications in these patients is present. Furthermore, this feature may also be dangerous for people who are about to have a scheduled surgery because it may modify their glucose control, potentially causing some bodily problems.

There is also some concern that medication diabetes including glyburide, insulin, glimepiride, piglitazone, chloropropamide, tolbutamide, and glipizide may have moderate interactions with treatment that feature Damiana and because of this, people who are following one of those treatments alongside should either consult a personal healthcare or carefully monitor it and eventually change the daily intakes.

When any type of negative change appears in the body, one should immediately disrupt the Damiana usage and only begin it again after it is a sure fact that there are no complications and the body can safely take it.

People can easily find Damiana in places like Central America, South America, the United States, the Caribbean, or Mexico. Unfortunately, in the United States its usage is considered to be illegal in the state of Louisiana and is to be punished by the law. However, it can also be purchased from other countries from Europe. It is one of the ingredients included in natural supplements that target medical conditions like asthma, anxiety, and constipation. Although there is no certain study that points out these claimed beneficial effects, individuals still see it as useful on some occasions and have even reported satisfying results.

If the dosage exceeds the daily recommended amounts found in food, its consumption becomes very dangerous and may even lead to death if it goes over four hundred grams at once. The most common side-effect that may appear if the utilization is of two hundred grams of Damiana is convulsions which are to be stopped either by disrupting the treatment and waiting for the herb to get out of the system or with some types of medical interventions. The popularity of the plant relies on the same thing that raises concern for authorities which is the fact that it possesses similar effects with cannabis, thus it may get people high.