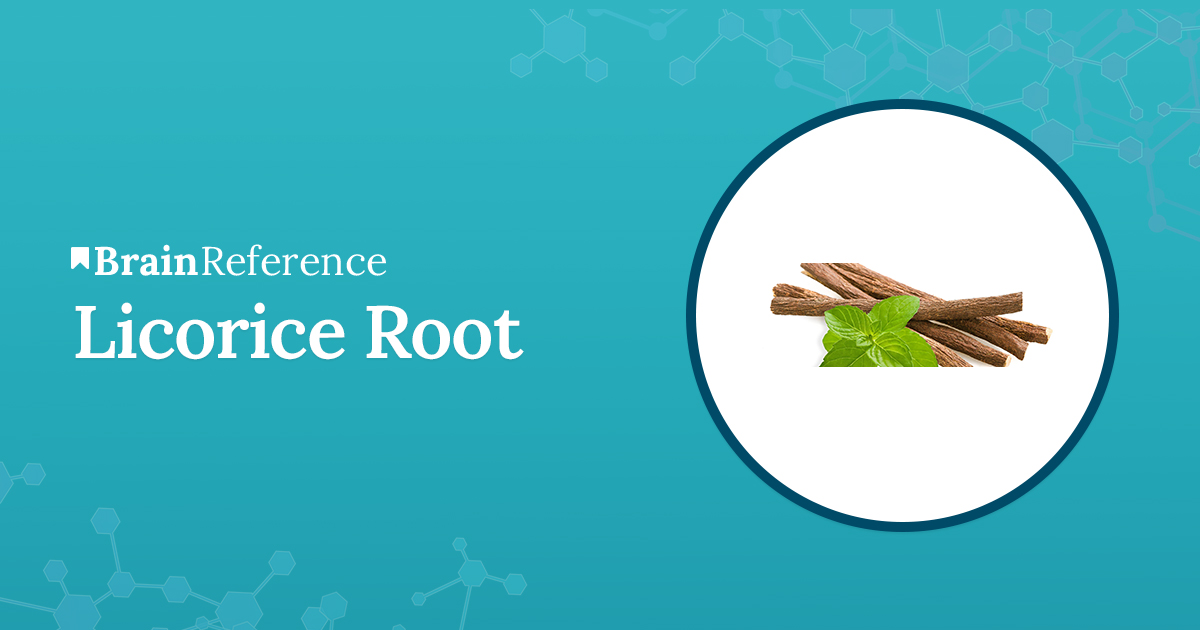 Licorice Root is derived from a tropical plant named Glycyrrhiza Glabra. It is famous for its sweetness, a fact that has created an alternative name for it, namely “Sweetroot.” The ingredient that gives the root its sweetness it is said to be up to fifty times sweeter than sugar. It is cultivated mainly in South Eastern Europe and Asia.

It has been used as an herbal remedy for a long time, and there is a significant number of studies that investigated its properties. In modern times, it has been included in many cosmetic products, as well as complex herbal products and teas. It is commonly used as a condiment and sweetener in many flavorful dishes in several popular cuisines. The most common use of licorice is still in the tobacco industry, where it is used to add a mellow flavor to many types of cigarettes.

It has been demonstrated by researchers from Germany that, in combination with peppermint, chamomile, milk thistle, caraway, and a couple of other herbs, it is an effective remedy for heartburn. A four weeks treatment with this combination of herbs has been shown to reduce symptoms of acid reflux, pain, vomiting, cramps, and nausea. This research is over fifty years old, but the conclusion is still commonly accepted in the herbal health community.

Common but unsupported by evidence are the claims that Licorice Root has antiviral, antibacterial, and anti-inflammatory properties. The claims go on and say that because of this it can help in ulcers, gastritis, cough, muscle cramps, sore throat, bronchitis, and infections of the upper respiratory tract. However, there is no evidence for any of these effects, and the validity of these very broad claims is being questioned by the majority of the scientific community.

Licorice Root has been used for hundreds of years in traditional medicine for treating eye conditions, headaches, heartburn, and stomach issues. Several studies done by the University of Maryland have indicated that the root may be useful in treating canker sores, eczema, and peptic ulcers. Two other active ingredients, glabridin, and licoricidin are said to help the immune system’s functions and stop inflammation in certain cases. It is also being suggested that it may have a positive influence on the body’s ability to fight infections.

Some researchers think that Licorice Root may help people with cortisol deficiency. It seems to stimulate the adrenal glands that produce the hormone and prevent many dangerous conditions that may be caused by insufficient quantities of cortisol in the bloodstream. Treatments that target hormonal levels are always kept under close supervision because of the significant side effects that may arise from unforeseen consequences or inappropriate use.

Studies targeted on the effects of Licorice Root on liver health have found a complicated relationship between its effects on the likelihood of developing liver cancer and its effect on patients with hepatitis C. While it seems that it almost always decreases the risk of liver cancer, when it comes to hepatitis the results are not always beneficial, and it is strongly advised against using in these situations without the careful supervision of a specialist.

There are a couple of areas in which research is present but conflicting. Many sources claim that Licorice Root can be successfully used in weight loss strategies, while others argue that it cause you to gain more weight. Some claim efficiency in treating infertility and prostate cancers, while others say that the data available is inconclusive at best. Isolated sources claim possible benefits for patients that have Alzheimer’s disease. The good news is that research is still ongoing and we should have some clear indication of a conclusion within the next decade.

Dietary amounts of Licorice Root pose no threat to any healthy adult. Medicinal doses require you to examine your health and see if any of the conditions that you suffer from will be affected by this root. Consult a doctor if you are already taking medication or know to suffer from allergies or chronic diseases.

An active ingredient in the root may cause trouble in long-term treatments. This ingredient is called glycyrrhizin. If taken for more than two weeks, there is a small chance that you develop fluid retention, high blood pressure, and hypokalemia, mostly due to increased potassium levels.

Special care is to be taken when you are suffering from chronic hepatitis. Although Licorice Root is listed as a possible remedy in cases of hepatitis, effects may vary from case to case because of the complexity of the disease. A doctor will be able to identify what it is the best course of action correctly.

People with heart disease or diabetes must avoid it because it can lower blood sugar levels to dangerous levels. This leads to dizziness, pale skin, lightheadedness, and tremors. The main active ingredient may also interact with medication commonly used to treat diabetes.

Licorice Root may also cause complicated interactions with blood pressure treatments, blood clotting medication and other medication targeted against heart disease. These drugs will become less effective and have more side effects if taken alongside products based on concentrated forms of Licorice Root.

Licorice root is dried and commercialized either whole or ground. It is also included in capsules and mixed herbal solutions. The extract can also be found considerable witch ease. All of these varieties can be found in online stores without any issues. There are also many herbal stores that carry these products.

There are also some cosmetic products that contain active ingredients extracted from Licorice Root. These products are most easily found online or by asking your local pharmacist. Since not enough data has been gathered to confirm most medical uses of the root, it is best to consult a health care specialist before starting any treatment.

Overall it is a common, affordable ingredient used in diverse ways for both culinary and medicinal purposes. If you still cannot find anything useful for your particular case from Licorice Root, you can at least indulge in many of the sweet candy varieties that use it as a key ingredient.