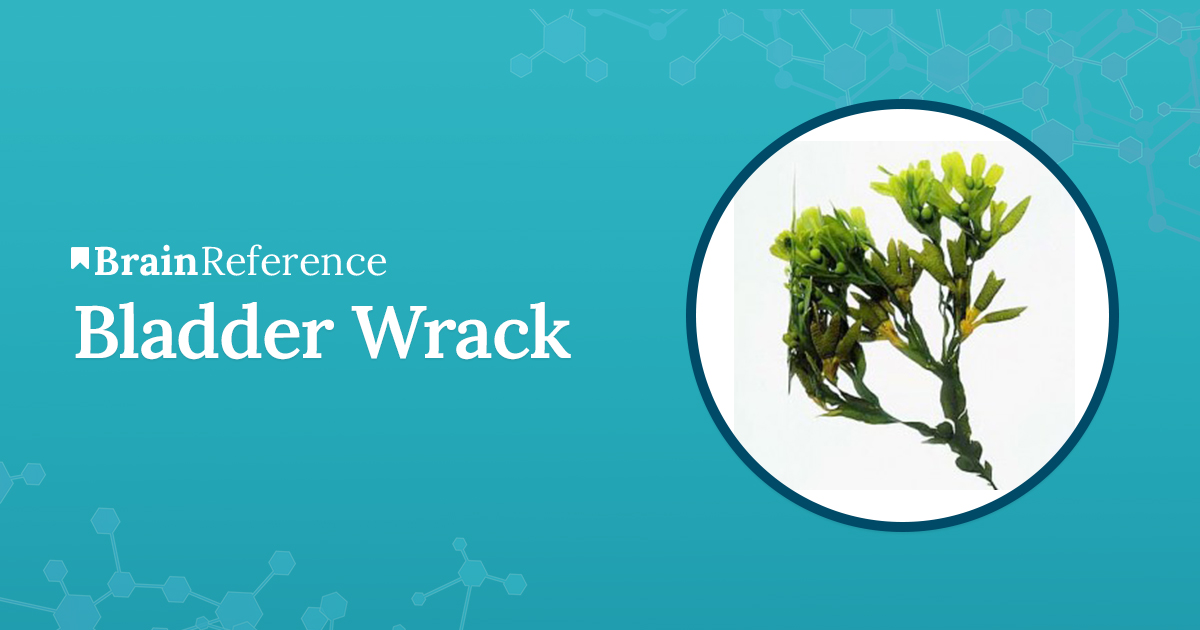 Bladder wrack, also known by the names of Fucus vesiculosus and bladder wrack, represents a type of seaweed that can be found on North Sea’s coasts, the Pacific and the Atlantic Ocean, and the western Baltic Sea.

In a less common way, people may know it by names like sea oak, rockweed, black tang, cat weed, red focus, rock wrack, black tany, and dyers focus. Discovered in the year 1811, this alga was the original iodine source and has been extensively utilized to treat a swelling linked to the thyroid gland. Thus iodine deficiency called goiter.

It can be easily recognized due to its light yellow, brownish-green or coarse coloring as well as the fact that it attaches to the rocks by root-like, woody extremities that are developed for the stalk’s base.

In his attempt to treat a condition called chronic psoriasis with the help of bladder wrack, Dr. Duchesne-Duparc noticed a decrease in weight due to the stimulation of the thyroid gland. Because of this feature, this alga is believed to have a significant positive impact on medical problems like obesity and should also help individuals regulate their weight.

Bladderwrack is, in fact, a form of kelp and, since its discovery, it has been utilized in a wide variety of medicinal products. As sources state, its core beneficial effect is linked to thyroid gland stimulation, thus affecting medical issues which are directly related to the thyroid. The reason behind this influence is its high iodine content that also boosts metabolism.

Furthermore, this alga also possesses a solid reputation when it comes to relief for rheumatoid arthritis or rheumatism and can also be utilized for external applications in bodily issues such as inflamed joints. Its core phytotherapeutic usage is related to people going through convalescence or debility because it re-mineralizes the organism.

Additionally, bladder wreck seems to assists in the issues linked to lipid levels in cases of obesity or when obesity is caused by malfunction of the thyroid gland. Because of this, it can prove reliable for those who need or desire to lose their excess weight.

The nutrients contained by bladder wreck include calcium iodine, potassium, magnesium, sulfur, sodium, iron, silicon, and B-vitamin complex. Furthermore, it also features small quantities of vitamins like C, A, E, G, S, and K. Studies revealed that it is also rich in mannitol, zeaxanthin, carotene, and possesses some traces of bromine.

Although insufficient information is provided regarding other medical problems which may be treated with the help of bladderwrack extracts in particular nutritional products, some individuals think that it is also useful when it comes to digestive problems, constipation, and “blood cleansing.” Throughout history, it has also proved reliable when dealing with abnormal patterns of the menstrual cycle in women as well as problems related to the menstrual cycle. Some studies revealed that a quantity ranging from 700 to 1400 mg per day might help enhance the lengths of the menstrual cycle, decrease the 17B-estradiol serum levels as well as the cycle’s days. However, women should keep in mind that the research is still in its primal stage and if the desire to take any supplement featuring this ingredient for treating menstrual related conditions exists, it should be done according to the labels or by taking advice from a personal doctor to determine the proper intakes.

Viewed as likely safe, this alga features high amounts of iodine. Because of this, there is a high chance of affecting people who suffer from thyroid problems which may experience a worsening of their symptoms. Furthermore, some studies pointed out that a high consumption of dietary iodine can determine an increase in thyroid cancer risks and is often linked to goiter. Considering this, it is wise to consult a personal healthcare and if it’s the case, follow the treatment under surveillance to avoid potential complications. Such as other plants, bladderwrack has the capacity of concentrating heavy metals like arsenic from the water in which it grows which are highly toxic.

Also, individuals who have either hyperthyroidism or hypothyroidism should also think twice before taking any supplement or medication featuring this alga. There is also some preliminary research which suggests a possible delay for women to get pregnant in case they take remedies containing Bladderwrack in reasonable quantities.

Moreover, people who will have a surgical intervention should stop any treatment based on this component because there is some concern that it may determine extra bleeding during the surgery. Another group of people who are better off not taking this herb is the one composed of those who suffer from iodine allergies.

Although the interactions are moderate, bladderwrack should be taken alongside medication mean for an overactive thyroid like antithyroid drugs or medication for slowing blood clotting like antiplatelet or anticoagulant drugs.

This alga is most commonly found on the British Isles shores. Other places in which it grows include the Atlantic shores, the Baltic Sea, Canary Islands, Greenland, Morocco, Azores, and Madeira. Furthermore, it has also been found on the coast of North America from Hudson Bay to North California.

When it was first discovered, in 1811, a doctor accidently noticed a decrease in weight in the participants of his study, thus from that moment, nutritional as well as medication companies have started including it as either the main ingredient or an addition to products destined for weight-loss, as well as some bodily conditions linked to weight-loss such as obesity. However, further research is needed, and there is currently insufficient information. Hence it can’t generally be stated that it is an effective ingredient for the purposes it has been utilized. People who need to lose weight and desire to try the natural approach can try products featuring this ingredient, but they should be careful while consuming it, particularly if they suffer from any of the above mentioned bodily conditions.

It is wise to consult a personal doctor before following any treatment, and if there are any side-effects experienced, the usage should be immediately interrupted.