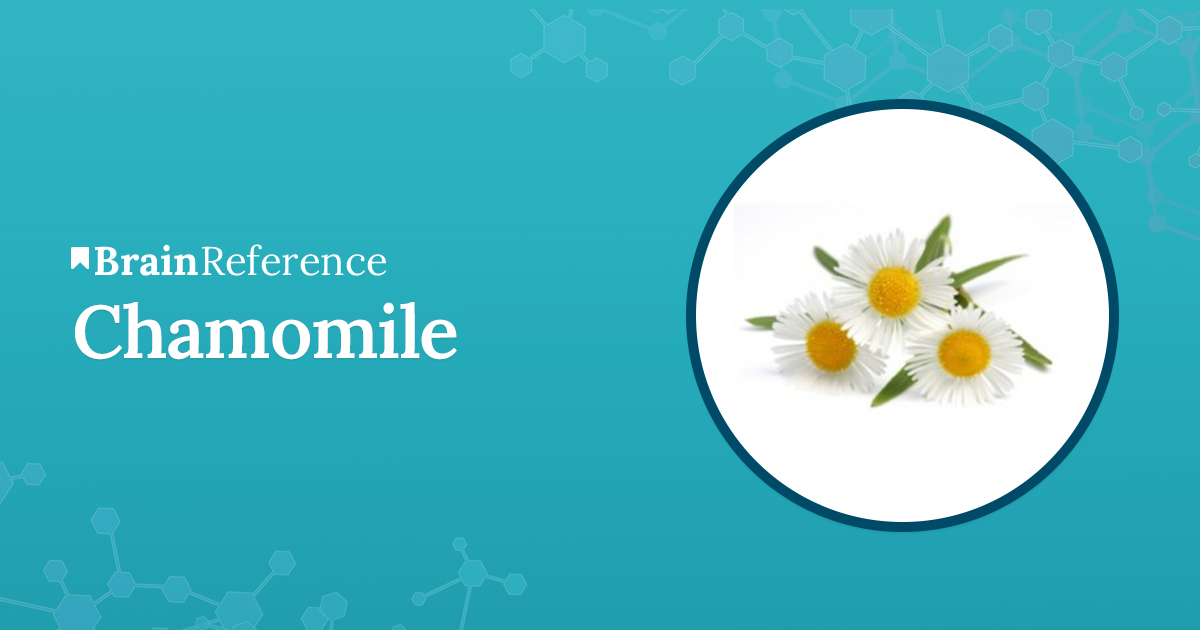 Chamomile represents a flowering plant which takes part from the daisy family. Its origins are found in Asia and Europe. Other names by which is known include German chamomile, Hungarian chamomile, and Matricaria recutita.

Its name derives from the Greek language, and it means “earth apple.” It can be recognized easily, as it possesses a branched stern that grows for up to sixty centimeters. Its leaves are narrow and long and are either tripinnate or bipinnate. Its flowers have a strong, aromatic smell. They bloom in early midsummers.

This herb can be found next to populated areas from Europe or temperate Asia and has also been introduced to Australia and North America. In the majority of cases, it grows around landfills, near roads, or because it requires open soil for survival, in some cultivated fields. Even though it doesn’t need high quantities of fertilizer, depending on the soils in which it’s planted, small amounts of phosphorus, potassium, and nitrogen should be applied prior to planting.

Because the active constituents contained by chamomile possess anti-inflammatory qualities, this herb possesses a long history of utilization in Europe for conditions like digestive ailments. The reason behind this is the fact that these constituents ease the discomfort and pain of the digestive tract.

Moreover, the chemical constituents demonstrated the ability of binding GABA receptors and modulating monoamine neurotransmission. Among its core components are alpha-bisabolot and apigenin. Because Chamomile also has anti-anxiety properties, according to some sources, it can also be utilized for clinical applications that include treatment for insomnia and stress.

Its main usages are linked to treatment for conditions like hay fever, stuffy nose, travel sickness, attention deficit-hyperactivity disorder, nervous diarrhea, restlessness, sleeping troubles, and fibromyalgia. Furthermore, it may also be utilized for certain disorders linked to the digestive system such as menstrual cramps, colic, and stomach ulcers.

There are some cases in which individuals apply this herb to the skin because it is believed that it helps with breast soreness, hemorrhoids, allergic skin reactions, bacterial skin diseases, particularly the ones found in gums and mouth, and leg ulcers. Some research revealed that it can prove helpful for preventing or treating damage caused inside the mouth because of radiation or chemotherapy. There is a form of chamomile which can be utilized to treat a series of irritations in the respiratory areas.

Because there are some chemicals in this herb which induce relaxation, it has also been included in dietary supplements found on the nutritional market that target lowering levels of stress and anxiety. Unfortunately, there is insufficient information regarding the general effectiveness of this herb, and most of its uses haven’t been tested in laboratories, so there is a possibility of ineffectiveness in some individuals. It is important to be careful at the labels of the product and decide with a personal healthcare provider whether the dosage is appropriate.

Although it is viewed as likely safe when consumed in food amounts, it is regarded as possibly safe for children and adults when consumed by mouth, even on short periods of time. However, it possesses the “Generally Recognized as Safe” status. So far, its usage on long-term periods hasn’t been researched so it can be harmful for certain individuals.

People who are allergic to herbs that are a part of the same family, such as daisies, marigolds, and ragweed should avoid its utilization due to an increased possibility of developing an allergic reaction. Additionally, people that suffer from conditions linked to hormone sensitivity such as uterine cancer, breast cancer, ovarian cancer, uterine fibroids, and endometriosis are also advised to keep away from consuming supplements based on this plant because the condition may be worsen due to the fact that it can act as an estrogen inside the organism. Pregnant or nursing women should also avoid its utilization because of potential harmful effects on the child, particularly because of the evidence and testing lacks and because it causes uterine contractions which can determine miscarriages.

Even though the interactions with medications are only moderate, it is better that individuals who are following treatments based on estrogen, are taking birth control pills, sedative medications, Tamoxifen, Warfarin, or medication changed by the liver should be particularly careful with the combination between chamomile based supplements and one of the above mentioned medication. No matter what supplement is taken, when extracts of this plant are contained, people are advised to be careful at the utilized dosages in order to avoid possible complications or harmful side-effects. In case something unexpected occurs due to its consumption, individuals have to immediately stop the treatment and seek the advice of a personal healthcare.

As it was previously mentioned, this herb can be found nearby populated areas in regions such as Asia and Europe. As compared to the past, it is cultivated in the United States and Australia as well. Despite the fact that it can be directly taken in a natural form, most of the people prefer to follow natural treatments, as an alternative to prescribed medication for conditions linked to the digestive, cardiovascular and immune system. On the other hand, there are potential side-effects which may appear on its utilization, so people should be careful with remedies based on it.

Because of its advertised beneficial effects, a wide array of nutritional companies has started to include it as either an additional or a core ingredient for certain formulas. However, most of them may not work and haven’t even been approved or tested by the Food and Drug Administration. In order to decide upon the best remedy for a certain condition that features chamomile, it is better for people to consult a personal healthcare first. Pregnant or nursing women should definitely avoid treatments based on this plant because it might determine miscarriages or harm the infant. On the same note, people taking certain medication or those who have plant allergies should also pay attention upon its consumption because on some occasions it may cause more harm than do good.