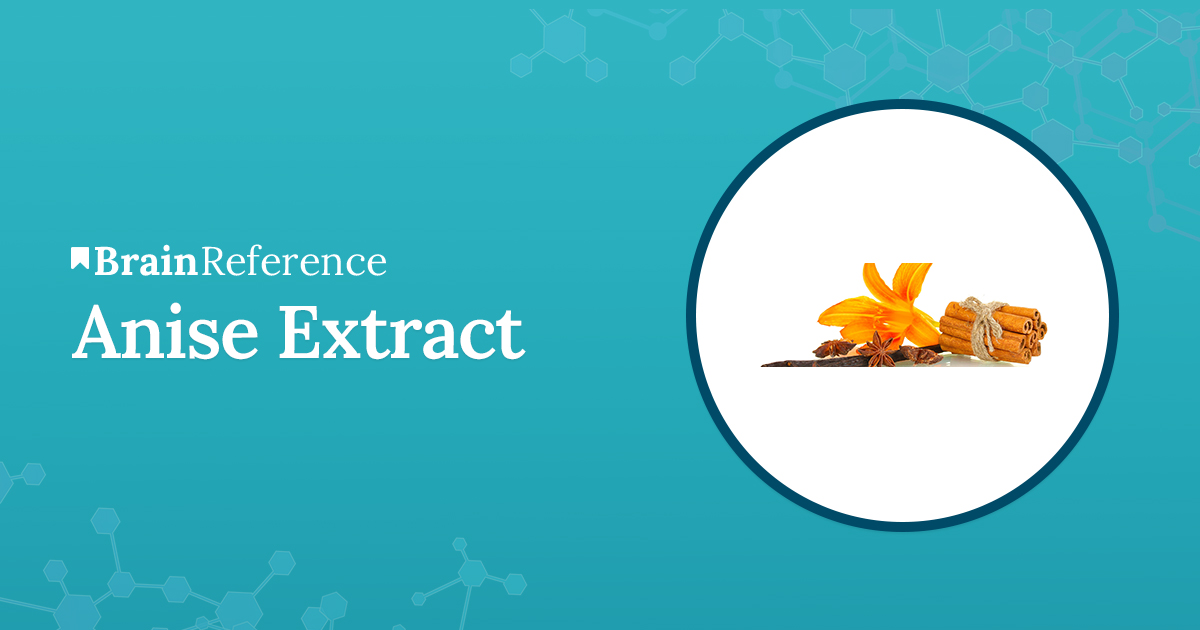 Anise or others may call it, aniseed, represents a flowering plant which is a part of the family Apiaceae and native to eastern Mediterranean areas and Southwest Asia. People can easily recognize its flavor because it’s similar to other spices like fennel, star anise, or licorice.

It grows up to one meter or even more, depending on environmental conditions. Its leaves are simple and can be found at the base of the herb. They’re shallowly-lobbed and long, while its flowers can be recognized by their white color and the fact that they’re made in dense umbels.

Because of its aromatic taste, anise can be used in foods as a flavoring agent or as an addition for liqueurs like ouzo or anisette or other alcohols. Sometimes, it’s added to dairy products, meat, breath fresheners, gelatins, or candies.

When it comes to Anise, people usually use the seed and oil for medicinal purposes, but its leaf and roots can sometimes prove useful as well although they’re much less frequently included in remedies.

From a general perspective, this herb has proved useful for intestinal gases, upset stomach, runny nose, as a diuretic which enhances urine flow, as a stimulator of appetite, or expectorant that influences productive cough. Women generally use it to enhance milk flow during nursing period, to increase their sex drive, facilitate childbirth, or on the start of the periodically blood flow in order to avoid pain and ease the flow.

On a more particular level, because of its carminative qualities, the preparation from this fruits can be utilized for expel the excess gas which has been accumulating in the digestive system. This expands to a removal of abdominal swelling as well as reduction of pain which has been a part of a swollen belly. In order to obtain these results, it’s usually sufficient to make a ten minute infusion of one teaspoon dry seeds per water cup. By drinking two cups during a day through small sips, you ensure that these positive effects are more than likely benefiting you.

Furthermore, due to the fact that it features somewhere around twenty components which are antispasmodic and almost half sedatives, it possesses the ability to prevent a series of problems which are related to the gastrointestinal tract, stomach, and digestive system like nervous gastritis, also known as nervous dyspepsia.

People with addiction problems and other difficulties, among which anorexia nervosa can be mentioned, can also find a potential approach in this ingredient because it generally stimulates digestion, particularly in cases characterized by lack of appetite.

Additionally, anise contains more than twenty aromatic compounds including geraniol, thymol, limonene, linalool, estragole, alpha-pinene, camphene, and alpha terpineol whose core principles rely on masking the odor that appears in cases of bad breath, usually because of halitosis. This is why in most cultures, its fruits are used after meals.

The fact that it also has anethole, terpineol, and thymol reveals other qualities of this herb, specifically on expectorant functions. Moreover, it possesses some anti-inflammatory principles and represents a good suppressant for coughs. Because of this, the lungs may expel secretions which are produced within the bronchial tubes, thus reducing the inflammation and decreasing the coughs. In most cases of anomalies related to respiratory systems, individuals can utilize the fruits of this plant, either raw or through some herbal supplements manufactured for colds, asthma, or bronchitis.

Other compounds included by anisa are alpha terpineol, alpha-pineol, eugenol, stigmaterol, thymol confer, and lianol, whose sedative qualities may be included in the treatment for cognitive functions because they can calm the nerves. With this in mind, most pharmaceutical and nutritional companies have created a series of drugs or remedies that target diseases of the nervous system such as nervousness or neurasthenia.

On a lower and scientifically unsearched level, this plant has sometimes proved reliable for helping treat some other anomalies, among which are difficult menstruation (like dysmenorrhea) and a lack of sexual desire can be mentioned. Externally, it is usually utilized for treatment of mouth ulcers, respiratory diseases, pharyngitis, or sore throat, sometimes in combination with dried leaves of sage, marshmallow, and sage.

By consuming either the extracts of anise or its fruits in recommended dosages, there is no contraindication or presented toxicity unless the individuals in case have particularly bad reactions or are extremely sensitive to one of its components. The essential oil should not be ingested by nursing or pregnant women or children who are under six years old. For people that suffer from neurological or digestive diseases, internal usage with the obtained oil may prove counterproductive.

Adverse reactions which may appear on external utilization include dermatitis and blisters, specifically for those who are allergic or suffer from a type of skin inflammatory disease. Moreover, people that suffer from some hormonal sensitivity conditions like uterine cancer, ovarian cancer, breast cancer, uterine fibroids, and endometriosis should avoid any type of product that includes aniseeds because it may worsen the symptoms on behalf of its behavior as an estrogen.

Usually found in the region in which its growth has been favored by the climate and soil such as Southwest Asia and Mediterranean regions, anise has also been utilized as a core or featured ingredient of several herbal supplements created by some nutritional companies. The seeds are the main component of this herb that is processed in order to serve certain remedies which are recommended for a series of conditions that are often related to either digestive or nervous system among which some have been mentioned above like nervousness, anorexia, abdominal swelling, upset stomach, or flatulence. However, no matter what type of product people use, if it contains this ingredient, there is a potential risk of developing side-effects or counteractions to medication so it’s important to visit the personal healthcare in order to ask for advice on whether you should follow a treatment containing this component.

It can also be found for external use, particularly respiratory problems. Most of the time, it is used as tea infusion that can be drunk throughout the entire day in tiny sips.