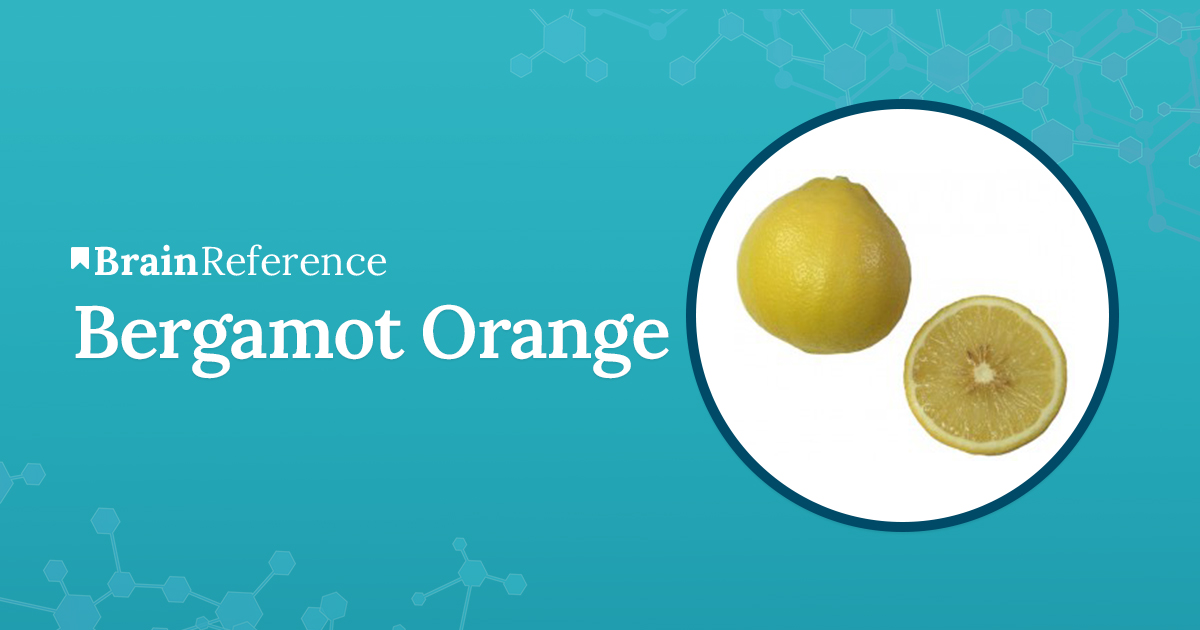 The Bergamot orange, also known by the name of Citrus bergamia, represents a fragrant fruit which has the approximate size of an orange, but whose color is similar to a lemon. Genetic research conducted in the past years surrounding the origins of the extant citrus found in this fruit revealed that it is likely to be a hybrid between Citrus aurantium and Citrus limetta.

Regions of commercial growth include southern Italy with an area of cultivation of around eighty percent, southern France, southern Turkey and southern Calabria in the Reggio province. Etymologically, the word “bergamot” is directly derived from “bergomotta,” an Italian word that comes from Bergamo, a town found in Italy. However, there are some references which indicate the possible derivation from “beg-armundi,” a Turkish word meaning “prince of pears” or “prince’s pear.”

An interesting fact about this fruit is the fact that the essence which is extracted from its skin is utilized for flavoring teas like Lady Grey or Earl Grey as well as confectionary. For instance, in Italy, people used in the marmalade production processes while in Norway and Sweden, it represents a common snus flavor, which accounts for smokeless tobacco.

The Bergamot orange represents a citrus fruit which is known for its nutritional value and has been used as a fresh scent for essential oils. However, due to its large amount of properties, nutritional companies have developed a series of remedies featuring extracts from this fruit which usually target reduction of blood sugar, cholesterol decrease, treatment for arterial stiffness, and reduction of obesity.

There are scientific studies that pointed out the property of lowering the cholesterol levels as well as low-density lipoprotein in participants and these are often viewed as the leading cause of cardiovascular issues. Moreover, it is believed to have the quality of increasing the high-density lipoprotein, thus assuring the protection of the organism against oxidative damage done by radicals. Because it also features high quantities of polyphenols like Metilidin and Brutelidin, the biosynthesis of cholesterol is directly inhibited which targets a decrease in the triglyceride levels, hence being included as a candidate for the treatment of diabetes, obesity, or other weight-related medical conditions

On the other hand, some individuals utilize it for treating a skin condition named psoriasis by applying oil obtained from bergamot to the skin followed by exposure of the skin to the ultraviolet light. When it comes to external usage, research revealed that bergamot oil could also be useful for a tumor determined by a fungal infection called mycosis fungoides as well as a pigment loss named vitiligo. Additionally, it may also be used for protecting the body from parasites such as lice because it behaves like an insecticide.

In the aromatherapy world, bergamot has proved to be positive in reducing anxiety caused by radiation treatment when inhaled over a short-term period. Due to its sour, but the lovely smelling essence, cosmetic companies have introduced it as a core or additional ingredient in some creams, perfumes, soaps, oils, and some lotions.

So far, there isn’t any guideline for the proper bergamot orange dose that can be used for lowering cholesterol, but, in the majority of cases, 2 to 4 extracts of 500 mg in a capsule form is consumed on an empty stomach once or twice per day in a month period. After that month, it is recommended to use a capsule daily for maintenance of the bergamot in the blood. However, the proper dosage regarding the essential oil depends on the age, sex, and health of the user. Thus it would be wise if the individual following the treatment relies on the amounts found on the product’s label.

Viewed as safe on a general perspective when referring to individuals that consume it in small amounts through food, bergamot may not be safe when utilized on the skin, mainly because it can cause increased skin sensitivity to the sun as well as an enhanced vulnerability towards skin cancer. Furthermore, individuals who work with this ingredient may develop some skin conditions like pigment spots, blisters, scabs, cancerous changes, sun-sensitivity, and rashes.

It is important to keep in mind that this ingredient is not safe for children utilization and there have been some serious side-effects reported which include convulsion and in worst case scenarios, even death, particularly in children who have taken large quantities of bergamot.

Because of the research lack in this area, it is better for pregnant or nursing women to avoid its consumption during those times because certain side-effects may appear and it is possible the health of the child to be affected.

There is even a type of medication that interacts with this ingredient, the one that enhances sun-sensitivity such as Photosensitizing drugs. Therefore, when used alongside a treatment of this kind, there is a significant possibility of raising chances of developing blisters, sunburns, or rashes when it comes to areas that have been exposed to the sun. Due to this feature, it is advised for individuals who are already sun-sensitive to wear sunblock as well as protective clothing to avoid possible complications.

Native to South Asia, bergamot orange was exported to Italy where companies have started using it for medicinal as well as commercial purposes. Nowadays, it can be found in countries like France and Turkey, but due to the commercial expansion in others that export it from its place of growth. Since its appearance, people have discovered its qualities and have used it as food or food ingredients or in natural remedies and cosmetic products.

It can be currently found as either a core or additional component in a variety of lotions, creams, soups, gels, or ointments as well as nutritional supplements which focus on treating cardiovascular and eating diseases by decreasing cholesterol levels and enhancing the overall bodily health. However, it is of high importance to remember the fact that it improves sensitivity towards sunlight. Thus it is better to follow the treatment on short-term and check if the label quantities are by the daily recommended ones.