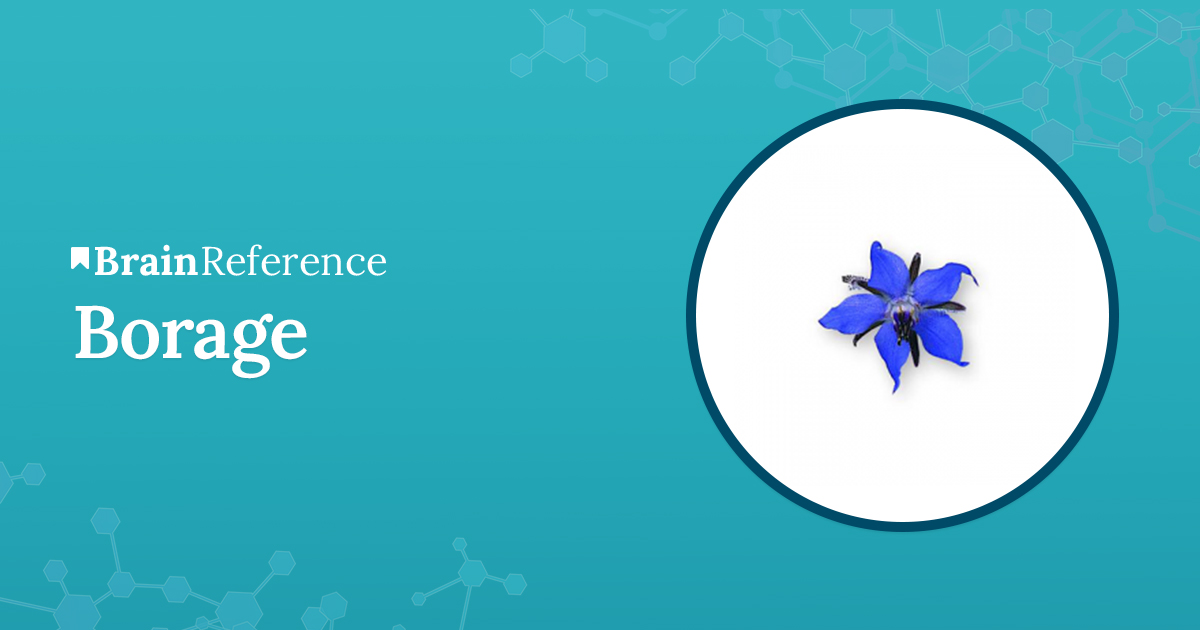 Borage (Borago officinalis) is an herb belonging to the Boraginaceae family, same as comfrey, forget-me-not, and Hound’s Tongue. It is also known as ox’s tongue or starflower. The herb is native to southern Europe, however, it is now cultivated on other continents as well. Although it is known in Europe since Roman times, in Northern America it started to grow in popularity in the 20th century.

Borage is an annual herb with blue, white or pink flowers. In is usually in bloom from the end of the spring to about mid-autumn, but it may have flowers all year long if the climate is milder, for instance in Africa. The leaves have a fresh taste similar to cucumber.

People use borage for both culinary and medicinal purposes. Thus, the Europeans tend to include it in soups and salads. It is also used as an ingredient in several types of alcoholic drinks, iced teas, and fruit drinks. Moreover, the Romans combined it with wine. Borage is also an herbal remedy, with its seed oil being the most used, although dry leaves are also used in health supplements.

Borage has been used for centuries, since Roman times, in fact, to improve the mental state and increase confidence. This is explained scientifically by the fact that the herb promotes the well functioning of the adrenal glands especially in individuals suffering from adrenal fatigue (such as women at menopause). Adrenal fatigue happens when our adrenal glands cannot cope anymore with the daily stress and anxiety. The most common symptom is very poor stamina.

Borage has also been traditionally used as a remedy in the treatment of symptoms associated with the flu and the common cold, such as congestion and fever, but it may also be used to treat skin disorders like acne, stomach upsets, and symptoms associated with PMS. There are studies showing that borage may indeed be effective in treating eczema and skin infections. Moreover, given that it has anti-inflammatory properties, it may ease discomfort caused by arthritis.

According to laboratory analyses, borage contains high amounts of an omega-6 fatty acid known as gamma linoleic acid (GLA). It also contains linoleic acid, palmitic acid, stearic acid, mucilages, tannins, and alkaloids. GLA is essential for the well functioning of the human body however it is not directly produced by our organism. In other words it can be obtained only through an adequate diet. GLA can help with hypertension, arthritis, allergies, some types of nerve pains, PMS, as well as menopause discomfort. In addition, it may alleviate ADHD symptoms and treat skin conditions.

Linoleic acid is another key compound in borage. Suffering from linoleic acid deficiency could slow skin tissue regeneration hence supplements based on this substance may help in the treatment of dermatitis. It is also often used in cosmetic products like moisturisers. There are some scientific studies which have concluded that the compound may prevent coronary heart disease. Linoleic acid is also important because it is converted into GLA.

The mucilage discovered in borage may explain why the plant is seen as a cold remedy in folk medicine. These substances prevent the irritation of the throat by coating it therefore they are used as ingredients in cough medicines. In addition they are used in drugs for gastrointestinal disorders.

Borage is generally considered a safe herb, with side effects rarely having been reported. They include gastrointestinal problems like nausea, constipation and gassiness, as well as headaches. In addition, borage could promote seizures (it lowers the seizure threshold), therefore you should discuss with your doctor before using the herb in this situation. Consuming borage in large amounts may prove to be harmful to the liver. This is because of some phytochemical compounds found in the herb, called pyrrolizidine alkaloids. Consequently, it is better to ask from medical advice if you are planning to use borage supplements for an extended period of time. The doctor could recommend you take remedies based on starflower that are free of pyrrolizidine alkaloids. The plant is not safe for pregnant women as some specialists consider it could induce labor and harm the fetus.

Scientists have also discovered that GLA, one of the main compounds in borage, may encourage the development of prostate cancer cells, when used in high amounts. This characteristic is common to omega-6 fatty acids in general. In addition, palmitic acid, also found in borage, can increase the risk of heart disease.

The herb is known to interact with drugs like naproxen and ibuprofen (which are prescribed for inflammations), warfarin, aspirin, and clopidogrel (which are used to prevent blood clots), and with anesthetics used during surgery. In addition, it may interact with medication for treating the common cold, allergies and with medication for treating nervous disorders. Since some consider it can help in the treatment of heart problems, it could enhance the effect of heart medication.

You can purchase borage seeds which you can cultivate at the back of your garden, as this herb does not require special conditions. In addition, you can purchase offline and online borage-based teas and other herbal supplements from your local health store.

Herbal manufacturers market capsules, tinctures, and borage teas for a variety of health conditions. Producers combine borage with plants for treating depression (like valerian, St. John’s Wort), or with ingredients that promote a well functioning brain function, like fish oil and flaxseed oil. Some supplements are based on omega-6 fatty acids extracted from borage, together with other fatty acids naturally occurring in plants.

Should you want to prepare your own remedies, you may use the dry leaves for preparing tea or alcohol-based extract in order to alleviate symptoms of the common cold, allergies, and to improve the mental state.