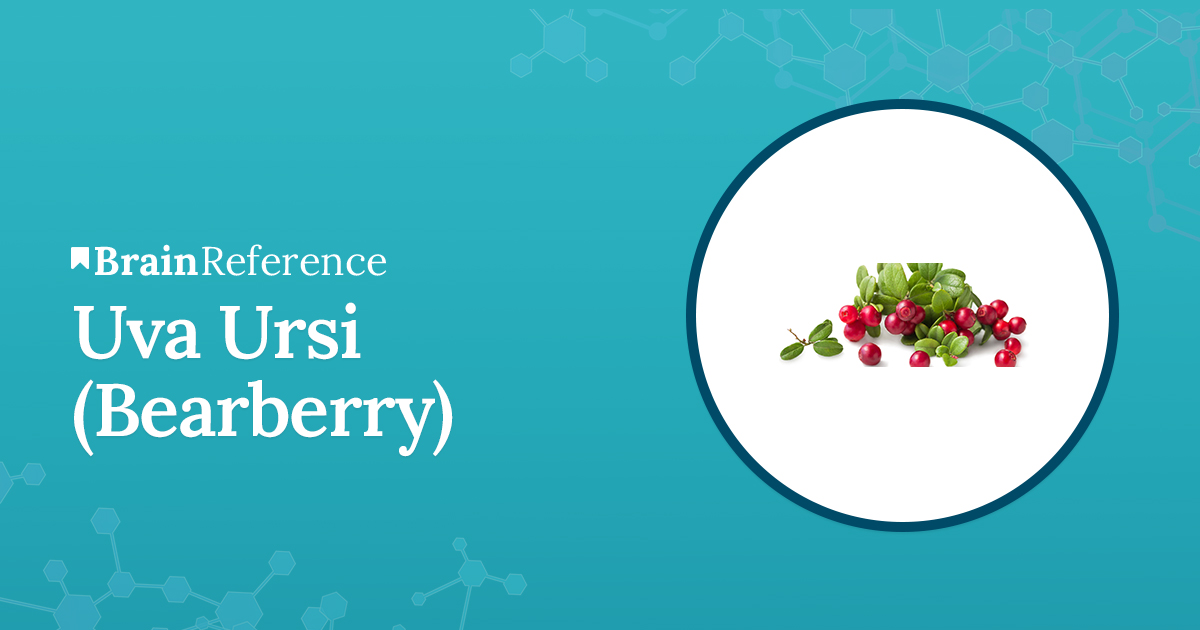 Uva Ursi is a small evergreen bush that grows its fruit in the shape of round and red berries. The leaves are dark green and oval-shaped with a strong membrane on the surface. The branches are of a reddish color. It usually grows in almost all alpine forests around the globe. The common name of the plant is Bearberries because the bears enjoy eating the fruit produced by it. The medicinal applications of the plant are limited to its leaves, where the beneficial substances are found.

The plant flowering usually starts at the beginning of the summer, and in autumn the flowers turn into the fruit. The best period of harvesting leaves is at the end of the spring when they have just ceased growing to their maximum size and the freshest. It must be done before the flowers grow. After the flowering starts, the plant begins to consume the substances stored in the leaves to facilitate the new life cycle it has begun.

After the leaves have been harvested, they will be dried in a place safe from sunlight and moisture, as to conserve the beneficial substances as much as possible. After the leaves are dried, they can be ground into a fine powder or kept in their natural form, depending on the later usage. It usually ends up being used as tea or infusion, depending if the treatment is internal or external. Tinctures can be created by mixing the leaves with alcohol and left a certain period to form the proper substance. In the medical industry capsules that contain the beneficial compounds have been created for internal treatment.

The usage of Uva Ursi goes as far as the second century; it was used in a mixture used for smoking, first thought as having a psychoactive effect, but there are more other substances considered to have an effect such as this already in the mixes people smoked. The medicinal usage has been since the same period but in different areas. The tea was the most popular usage, especially before the nineteenth century, as it was part of the few plants at that time that contained substances with antiseptic properties.

The first known medicinal uses of the plant were for its diuretic and antiseptic properties, if consumed in tea or infusion form, as it helped the body to eliminate more toxic substances through urine, especially if an infection is present.

Urinary infections are fought very effectively by using the plant, being diuretic and antiseptic at the same time. Its active compound, known as Arbutin, acts on the mucus of the urinary tract, stops the spreading of the bacteria that caused the infection, and diminishes the swelling of the tissue.

Candidiasis is treatable by using this plant, as its compounds act as an antiseptic, fight the fungus, at the same time diminishing the swelling of the infected tissue acting as an astringent. It can be used locally in the form of infusions or tincture, applied using a compress, and internally as tea or capsules.

Uva Ursi can be used in treating a skin disorder that manifests through the appearance of brown stains that usually occurs during pregnancy. Using a cloth moistened in plant infusion as a compress on the affected area and holding it in place for several minutes can be very effective.

The plant can be used as a local treatment in the case of ulcerations or herpes in the genital area, disinfecting the tissues by using a compress moistened in an infusion of Uva Ursi, and applying it to the affected area for a certain amount of time.

The beneficial usages of the plant go as far as treating severe diarrhea and dysentery; it helps with the control of the bacteria responsible, it rehydrates the body and calms the pains caused by the disorders. Being an anti-inflammatory agent, it can help with managing the menstrual pains, if used in the proper dosage.

The plant must not be used without a doctor’s approval if currently undergoing treatment; its antiseptic substances can react with other compounds in the medication and cause severe complications. It is not recommended that the plant is consumed by persons who have acidity issues or a diet high in acids, especially from other fruits, as it can affect the digestive system.

The product’s manufacturing can be tough under certain conditions, if not all the safety measures are taken into consideration or if the person that creates them does not know the proper methods, it can lead to very dangerous mixtures. The plant contains certain poisonous compounds that can appear in the specifications are not complied with. For example, in the case of tinctures, if the time of maceration is longer, the final compound can be highly toxic.

Usage of any compounds that contain Uva Ursi should not be used by pregnant or breastfeeding women or children. People that have blood pressure disorders or heart conditions are not advised to use any treatment based on the plant, as it can cause arrhythmia or other complications. In the case of over usage, vomiting and nausea are common, but if the overdose is high, it can lead to the shutdown of liver and other organs causing death.

The plant can be found in green form around the areas that are native, local markets or plant shops, especially in the mountainous area. Usually, it is found in its dry form, at pharmacies or natural remedy shops that offer it for tea or infusions, in the form of ground dust or intact leaves. In most cases, compounds or medication that contains the active ingredients is the most popular encounter. Regardless of the forms that can be found, its usage should always be after a doctor has been consulted, it is a very dangerous plant if certain conditions of medication are not met.