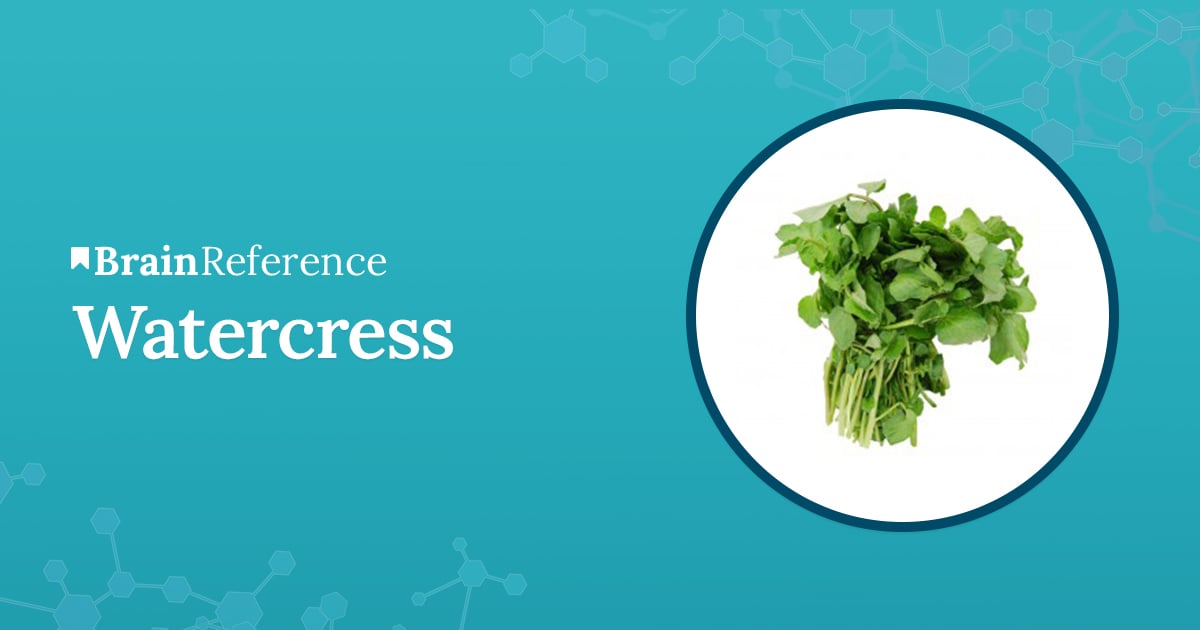 Watercress is a very popular leaf vegetable, native to Europe and Asia. It usually grows around water sources, in different climates and areas, but predominantly in grasslands. It can also be cultivated; being mostly semi-aquatic it can be very effectively grown in hydroponic systems.

It is a small-to-medium size plant; its leaves resemble those of salad but pointier, in the form of an arrow, light green. Usually, the leaves are used and consumed, but the roots seem to contain beneficial substances as well. It has a specific sour taste which is extremely appreciated, especially in salads and soup. The plant is harvested during autumn if grown in a natural environment. The leaves can be collected during more seasons if water levels are controlled, and the flower branch is cut when it grows. Also, the roots are recommended to be harvested in late autumn, after the upper part of the plant has dried.

The popularity of the plant is very widespread, as its consumption and medicinal uses were known to man before the dark ages. The Greeks and Romans considered it a symbol of strong and influential people, using it to represent themselves. Also, it was used in different remedies, especially for its sour taste that indicated the presence of vitamin C.

Watercress contains a high amount of antioxidants and nutrients which help with the maintenance of a healthy general state by slowing the degenerative process of the cells. This is mainly found in the fresh leaves of the plant. The plant contains certain acids that help with the softening of tissues.

It also contains a high amount of vitamin C, which made it a very popular old remedy against scurvy. This also improves the chances the body has against the common cold and boosts cardiovascular activity.

It is a very popular vegetable when diets are concerned, especially regenerative ones, after a heavy winter diet. During spring, it can help with the regeneration of the body as well as the recalibration of a new metabolism for the proper development specific to the season. This is done by accelerating the process of eliminating the unhealthy deposits that remained after winter.

The plant is known for the positive effects it has overall on the digestive system, acting as a diuretic agent and having beneficial laxative effects, which can help people recalibrate their digestion easier.

The effects that the plant has upon the improvement of the immune system go as far as supporting the body against tumors and hepatitis of types A, B, and C. Usually, the preferred method for this kind of treatment is using the compounds found in the roots of the plant.

During intoxication or other afflictions that affect the liver, a powder made from the roots of the plant can drastically improve the chances of recovery, if it is correctly used with other compounds that can be determined by a specialist. It is one of the best natural remedies in liver regeneration known to man. Watercress contains a beta-carotene that is turned by the body into vitamin A, which improves the vision and also the immune system.

It is also known to improve the chances patients have against different forms of cancer, through some inhibitors contained in the plant which can act on the cancerous cells in any stage of development. It can also cut the nutrients supply to the same cells, lowering the chances of spreading.

The plant contains high levels of vitamin K, which decreases the likelihood of blood clots and heart disorders caused by elevated levels of cholesterol deposited on the walls of the blood vessels.

The roots of the plants were known to have a beneficial effect upon skin diseases, caused by external or internal factors, used on the affected area or in the form of a strict diet through which the body is strengthened to fight off the disorder.

The specific sour taste made it popular in the culinary district, as it began to be used very often in salads and soups, especially for its refreshing feeling. It can help with the digestion of heavier ingested elements, at the same time bringing its benefits through the helpful substances it contains. For the best effects, it is recommended that it is not eaten in dried form, fresh or frozen are the best choices in the kitchen.

Having a high level of acids, it is not recommended that persons with digestive acidity instability consume it, or at least not in the natural form; it can be consumed in combination with other compounds that inhibit the issue.

Being a semi-aquatic plant, it is exposed to a large variety of parasites that can be destructive for the plant and also for the persons who consume it. Most pesticides can take care of this problem, but if there are animal residues present around the growing place, it can lead to other types of parasite infestation.

The only known medication influence that Watercress seem to be in conflict with is a muscle spasm treatment medicine, but the opinion of a specialist should be acquired if you are under treatment and choose to consume the plant during it. Because of its effects on improving digestion, it is not recommended for people suffering from diarrhea to consume Watercress, as it can further complicate the disorder.

Watercress leaves are usually found in fresh form at the local market or food store, during late spring until early autumn. The roots can be found at any time in dried form, the fresh one being limited to their harvest time, in late autumn.

The leaves can be found in local stores wrapped in plastic bags, but caution should be taken when buying it, as the period of conservation using this method goes as far as four days without chemical substances.

If the purpose of the root is for treatment, a specialized source as a natural remedies store should be found, because they are in very short supply as the demand in this form is much lower, it is not one of the most modern treatment methods, but that does not make it less efficient.