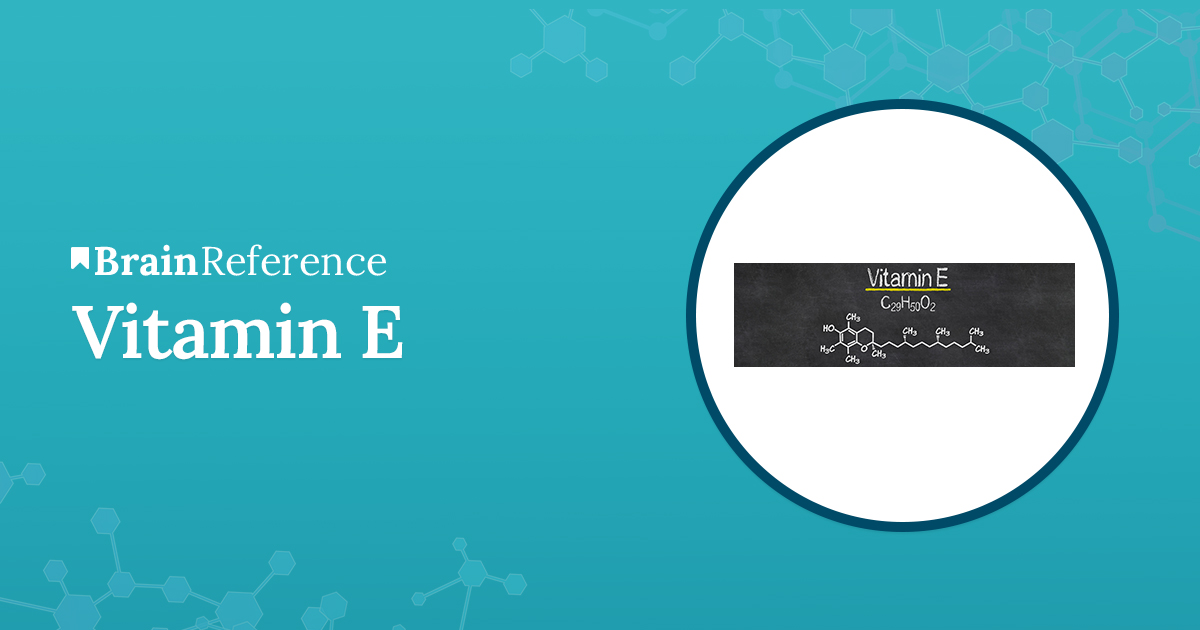 Vitamin E represents a family of eight different compounds called tocopherols and tocotrienols. There are the alpha, beta, gamma, and delta tocopherol and the alpha, beta, gamma, and delta-tocotrienols. Of all these eight Vitamin E class constituents, alpha-tocopherol has the most significant nutritional value and can assist with the body’s needs. Also, alpha-tocopherol is found in the largest quantities in the blood and body tissue. We will, therefore, mostly refer to this type of Vitamin E in this article. The body does not naturally secrete vitamin E. Diet and food should be the primary source; however, when this does not suffice, dietary supplementation is available in a multitude of forms.

The entire range of tocopherols and tocotrienols about the Vitamin E class exhibits significant antioxidant properties. Most of its benefits and roles derive from this capacity, as we will detail in the next paragraphs.

The benefits of Vitamin E have been largely studied and are supported by scientific evidence. The nutrient has been linked to numerous cardiovascular benefits. Several studies indicate that increased regular consumption of the Vitamin may prevent heart attacks and various forms of heart disease, in both men and women. Another set of studies indicates important benefits for vision and eye health. Cataracts is a serious disease affecting the eye which may ultimately lead to blindness, either partial or total. Evidence indicates that Vitamin E proper intakes may prevent or slow down the development of this condition. This is explained by the antioxidant benefits of Vitamin E, as Cataracts is known to be negatively influenced by oxidation processes. Research is still undergoing at this time. However, results are promising.

The immune function also appears to benefit from this nutrient, which promotes a healthy response of the immune system. Because immunity declines as we age, Vitamin E’s role is critical in preventing disease. It appears that the secretion of antibodies is stimulated by Vitamin E intakes, which in turn enhances the immune defense against various types of viruses and bacteria.

Due to its important antioxidant effects, the nutrient is known to be especially beneficial in protecting the cognitive function and the nervous system, particularly exposed to the damage of free radicals. People suffering from neurodegenerative diseases such as Alzheimer’s and dementia (which commonly appear with old age) may benefit from regular intakes of Vitamin E. Some studies have shown that this nutrient may slow down the progression of Alzheimer’s in individuals with moderate neurological impairment, while others linked the vitamin with a significantly lower risk of developing vascular or other types of dementia. Still, these studies were not conclusive, and further investigative efforts are required.

Another significant benefit of which the nutrient has been praised is its ability to kill cancer cells. By inhibiting the proliferation of cancer cells, Vitamin E (particularly alpha-tocopheryl succinate) may be an effective treatment therapy. There are however studies which found no connection between vitamin E intakes and the incidence of particular types of cancer (such as breast or lung cancer).

The recommended dietary allowance varies according to gender and age, as well as several other criteria. Alpha-tocopherol is the only form that of the nutrient which meets the latest recommendations for vitamin E as set forth by the Recommended Dietary Allowance. Infants up to 6 months should consume 4 mg (the equivalent of 6 IU a day). The dose increases to 15 mg daily for adolescents and teenagers, both males and females. Particular cases include pregnant and breastfeeding women, who should consume approximately 19 mg of Vitamin E (or 18.5 IU a day).

A deficiency in this nutrient is usually developed by people who have a diet imbalance of food rich Vitamin E sources. Individuals with a fast metabolism condition, those who suffer from liver disorders or other fat absorption conditions. In very rare cases, this deficiency is caused by diet alone, but most frequently a pre-existing health condition is to be blamed. Poor vitamin absorption usually manifests through muscle weakness, eye-sight problems or improper nerve transmission. Some of the most common symptoms of a vitamin E deficiency exhibited in infants are poor eating habits, weight loss, underdevelopment of basic physical and mental functions, and vision problems. Adults may show mild anemia, a decrease in sex drive, age spots, cataracts, reproduction, and infertility issues, brain and cognitive malfunctions, muscle weakness, hair loss, leg cramps, or slow tissue healing among others. A physician should be consulted immediately if these symptoms occur, as in more extreme cases of Vitamin E deficiency may lead to irreparable damage.

Because vitamin E may interfere with certain drugs and medicines (anti-inflammatory drugs such as ibuprofen, Warfarin, etc.), it is always best to inform your physician before starting any treatment that features this nutrient.