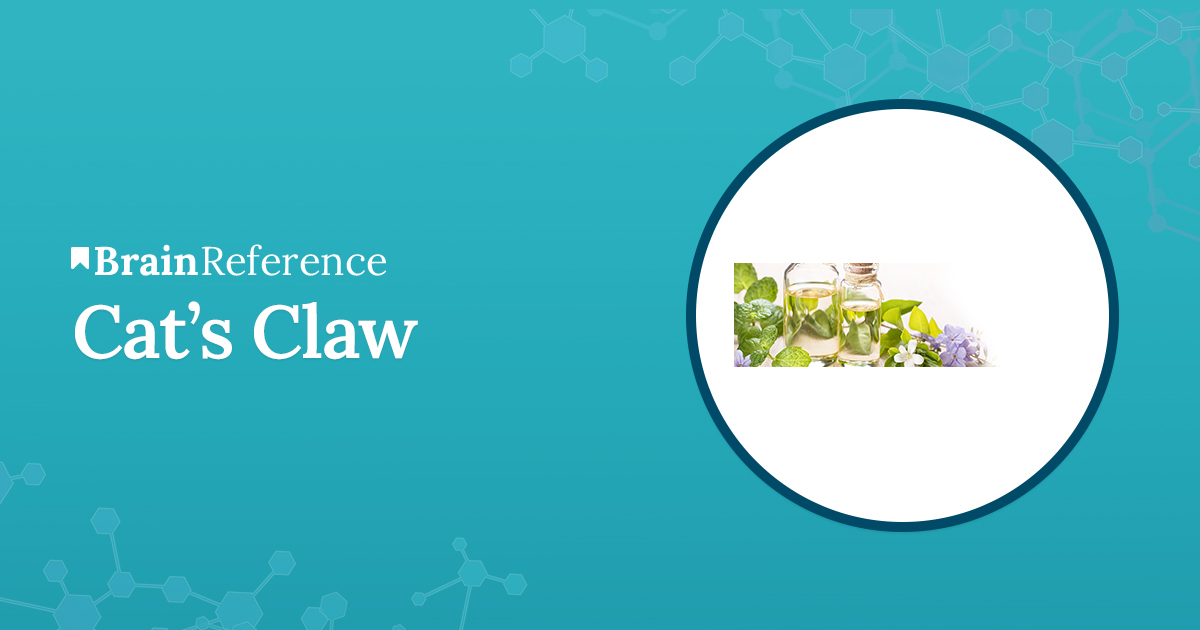 Cat’s Claw represents wine which is commonly known by the name of “Una de Gato” and has been used traditionally in the Peruvian medicinal system for a wide array of bodily issues. It is a plant native to Amazon, and its name comes from the fact that the thorns from the leaves resemble the claws of a cat.

It often grows as woody lianas that climb with the help of some hooks that are formed thanks to some reduced branches. It is a part of the genus Uncaria which is a part of Rubiaceae family that features somewhere around forty species. The name of the genus was given by Johann von Schriebere in his work “Genera Plantarum Edition” from 1789, and the meaning of this chosen word relies on its Latin origins where “uncus” means “a hook,” as a reference to its modified branches.

In the year 1997, this herb was ranked as seventh in a popularity top based on its utilization. In some cases, people confuse this plant with cat’s foot, and it is important to mention that paying attention should fix this problem.

From the medicinal perspective, there are two species of cat’s claw which can be included in different remedies for treating certain bodily problems, and these are Uncaria Guinness and Unaria tormentosa. Most of the products that feature extracts of this plant as an ingredient target the enhancement of symptoms linked to rheumatoid arthritis and osteoarthritis. Furthermore, it can also be utilized for a variety of disorders related to the digestive system such as diverticulitis, colitis, gastritis, leaky bowel syndrome, and hemorrhoids.

There are some compounds in this herb which are believed to help block the production of some substances named tumor necrosis factor and prostaglandins, which are producers of bodily inflammation. Although it doesn’t appear to have an impact upon the swelling, it supposedly reduces pain, but further research is required in order determine its efficacy on a general level.

On the other hand, there is some evidence that this herb positively affects the immune system and it may even halt the cancer cells spread, as pointed out by some preliminary studies. Moreover, there were some clinical studies conducted on animals that suggest the possibility of beneficiating of a decrease in cellular damage which is caused by radiation treatment and chemotherapy when consumption of cat’s claws is included on a daily basis.

Also, it was suggested that extracts obtained from this herb exert an anti-proliferative activity when it comes to a type of breast cancer. Due to this, it started to be included in remedies which aim to treat AIDS and certain types of cancer. After this inclusion, it was also noticed that it has a positive influence on disorders which have a negative impact on the neurological system. Moreover, the featured glycosides, beta-sitosterol, and proanthocyanins offer an anti-inflammatory and anti-viral support for the organism, thus enhancing immunity. There is also a small probability of getting rid of some fungal and viral infections like Candida and Herpes when utilization of this herb is included, particularly in a supplementation form. It may even promote wound healing. However, people should keep in mind that the research is still on a preliminary level, thus the effectiveness of this plant for the above mentioned bodily issues cannot be stated on a general level and there is the probability of having no effect on certain individuals if the dosage isn’t proper or their organisms are resistant.

When the treatment is followed on short-term, and the intakes are within the recommended daily limits, cat’s claw is regarded as possibly safe. However, it can lead to a series of unwanted side-effects like vomiting, headaches, and dizziness, depending on the individual who is taking the supplement. Because insufficient information is linked to the safety of this ingredient when it comes to women who are either pregnant or nursing, there is some concern that if the daily suggested dosages are exceeded, the infant will end up being harmed. Thus it is better to avoid its consumption in these situations.

Additionally, it can worsen leukemia and shouldn’t be taken by people who suffer from low blood pressure because one of its effects is lowering this pressure. Keeping in mind that this herb may determine an increase in the activity of the immune system, people who have auto-immune diseases may experience a symptom enhancement. Thus those who have lupus or multiple sclerosis should consult a personal healthcare before taking any remedy that features cat’s claw. Because it has an impact on the blood pressure control, it is advised that people who are about to undergo a surgery stop consuming this plant with two weeks before it. Although moderate, there are some interactions with medications like antihypertensive drugs, immunosuppressants, and medication that lowers the immune system or is changed by the liver.

This herb grows in areas from Europe, Asia, and the United States, where the climate and soils are within the required limits for proper development. Because its popularity has grown in the past years, it can be found in any civilized country, sometimes even in stores. Furthermore, due to its discovered beneficial effects upon the human body, nutritional companies also included it in a wide array of supplements that aim to treat conditions linked to the digestive system in the majority of the cases. However, it is often only an additional ingredient, and there is the possibility of observing no effects on its utilization because further research is needed.

In the past few years, it was also introduced on the market of herbs that help with some types of cancer, and there were some preliminary studies made on animals which pointed out that there are high chances of a positive influence in some cases of cancer. On the other hand, it is important to keep in mind that people suffering from auto-immune diseases, nursing or lactating women, and those who take medication that might interact with this plant should either avoid its usage or do it under medical surveillance. When a side-effect is observed, people should immediately disrupt its utilization.