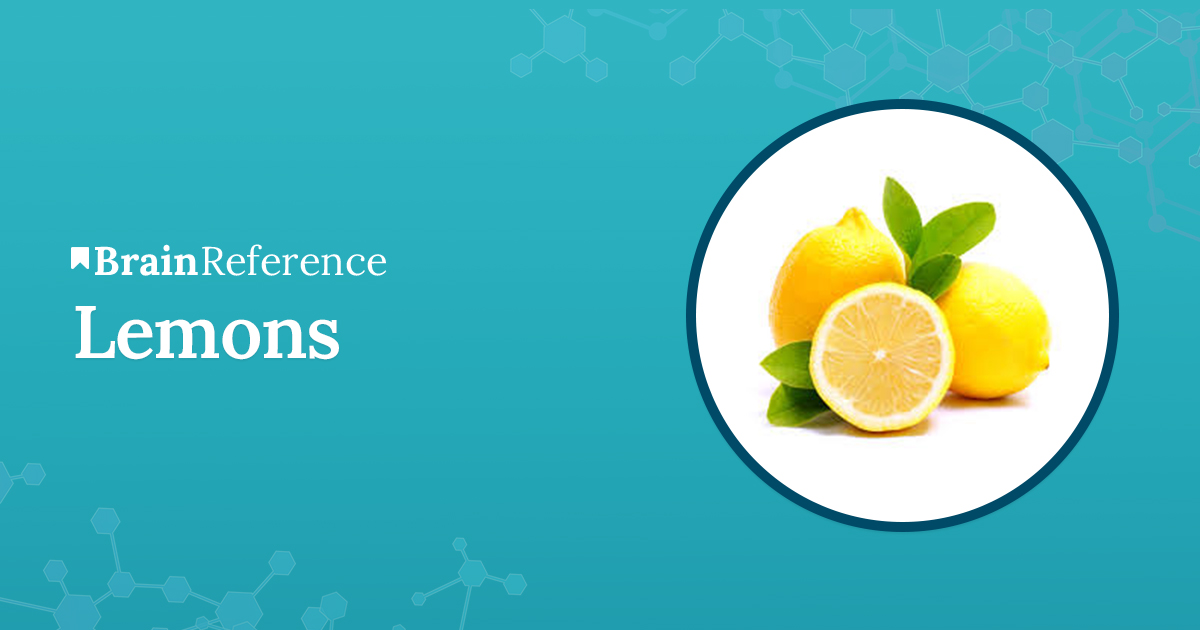 Lemons are one the most popular fruits sold around the world because of the many uses that they have in both medicine and cuisine. Their distinctive sour taste has been used in a large number of recipes and its effectiveness in preventing common respiratory illnesses has been known for many centuries. The lemon tree is believed to be native to India and China. It was introduced in Europe approximately in the first century AD by the romans and later to Persia and Egypt. However, they only started to become popular in the 15th century. Nowadays they are cultivated in North America, South America, Europe and Asia over an extensive amount of land.

Two major constituents of lemons are lemonids and bioflavonoids. Lemonids have been recently discovered and are still being studied. So far, a significant number of studies have concluded that they have a strong antioxidant effect and can be used in assisting cancer treatment. This observation has spawned a great deal of sensationalist claims regarding the effectiveness of lemons in curing cancer, but none of them have any basis in science. Citrus bioflavonoids are a class of substances that are known to improve the strength of the circulatory system, especially regarding capillary veins and resistance to bruising. Overall, they act as a blood cleanser and help reduce high blood pressure if needed.

The most popular use for lemons is to help treat common cold and other respiratory diseases. Because of its relatively high content of vitamin C, it is recommended by most doctors as an auxiliary remedy when dealing with this kind of ailments. There are also a significant number of drugs that contain lemon extracts because of its known effectiveness. High vitamin C content also means benefits to the overall state of the immune system and a slight increase in the effectiveness of the energy transfers inside the body. It is also effective in treating scurvy, which is a disease that is caused by an insufficient intake of vitamin C.

Lemons are commonly used in diets that aim towards losing weight because of the high content of vitamin C and other many useful nutrients like potassium, dietary fibers, and iron, while having a small amount of calories. The strong taste and high acidity also cause a significant reduction in appetite. Most people are satisfied with the introduction of lemons in their diet as the benefits become obvious quite rapidly when compared to other possible changes.

Lemons are also a fairly powerful diuretic, increasing the amount of urine and therefore helping cleaning the organism. It also improves digestion, with a significant effect in relieving constipation.

Another well-documented effect is the anti-inflammatory effect of lemon juice. It helps reduce swellings and pain and has a profound calming effect. This has been exploited in treating insect bites, bruises, and light wounds, as it also kills bacteria with its high acidity. Because of this it can sometimes be used as a disinfectant. You can also use it if you have developed sunburn, as it calms down pain and it speeds up skin recovery rate. This can be observed by the inclusion of lemon juice extract in several brands of sunburn treating cosmetic products.

Although a lot of people have reported the effectiveness of lemon juice in the areas described above, there is no definitive scientific proof that any of these uses can be relied upon. However, trying lemons and lemon juice as a remedy is almost never harmful and it can provide a must needed boost if the regular treatment does not pay off as expected. The fact remains that this fruit is considered healthy by every doctor and, as long as you don’t have a condition that makes you susceptible to any of the side effect, you can try it at your own will in any of the situations described above.

There are no known side effects associated with the consumption of reasonable quantities of lemons or lemon juice. A normal human being will have troubles in getting even close to excessive quantities because of the very powerful taste that the lemons have and the fact that there is no incentive to do so, as benefits do not scale well with the quantity of lemon juice being ingested. However, there are some conditions that may be incompatible with a daily lemon intake.

In case of stomach illnesses like gastritis and ulcer lemons are forbidden altogether because they increase the stomach’s acidity very fast. In order to be able to use them, they must be combined with other foods that neutralize the high acidity. It is, however, recommended to stay away completely from them in these cases.

Another side effect is the destructive long term effect that lemon juice has on teeth enamel. While it does help clean teeth, remove stains, and improve breath, teeth become thinner and more sensitive and will eventually lead to more serious teeth problems. Because of this, it is recommended to use such treatments with care and only from time to time to allow teeth enamel to strengthen again. Use lemon toothpastes and mouth wash solutions cautiously. Stop immediately if you feel that your teeth have become sensitive.

Lemons can be found either as a fresh fruit or as already squeezed juice. Fresh juice can last a short while without spoiling but it does not last long without preservatives. Fresh lemons are very susceptible to mold and should be eaten or squeezed as fast as possible and kept in low humidity if possible. You can find all lemon varieties in all supermarkets and traditional fruit markets. If you live in an area suitable for cultivating lemons, you may keep lemon trees in your own orchard quite reliably if you follow the proper guidelines. The price for most lemon containing products is low because of the ubiquity of the fruit and the popularity of many recipes that use it in the kitchen. It is used in a lot of desert recipes because it counteracts the excessive sweetness of some ingredients. You can use this fruit as you desire and you are safe to experiment with it in any way you wish.