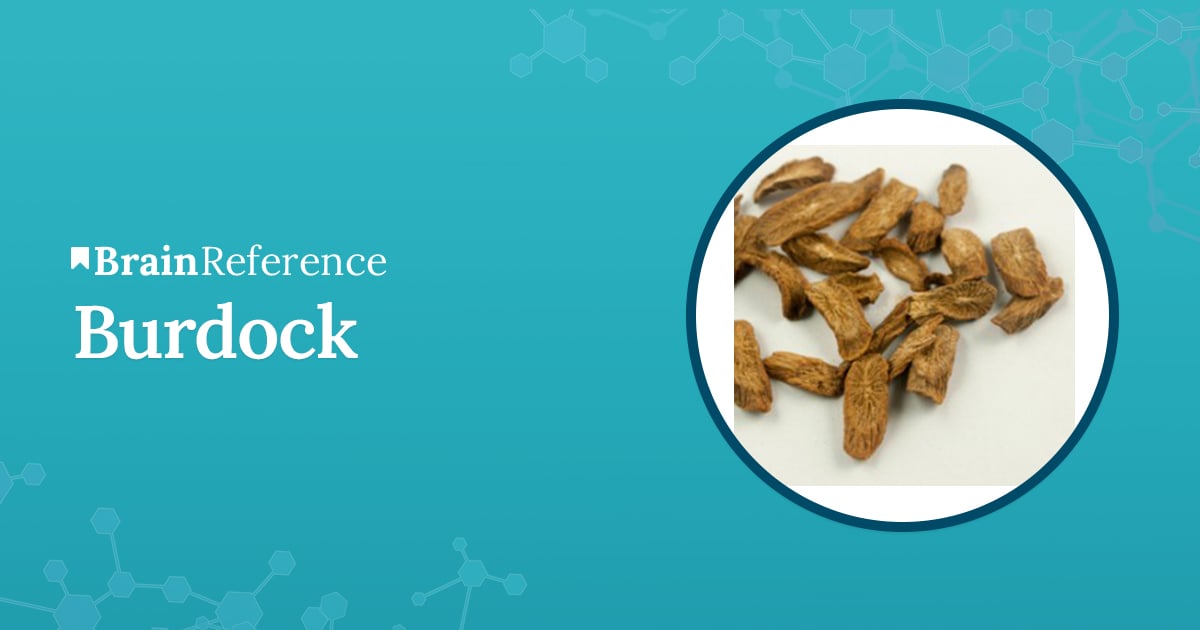 Burdock root represents a medicinal herb which is native to Northern Asia and Europe, but which also grows in places like the United States. It is a part of the family Asteraceae and is also known by the name of Arctium. It is a biennial herb which can be recognized due to its leaves which are dark green and grow to approximately seventy-one centimeters. The plant is utilized as food by some of the members from the family Lepidoptera including Ghost Moth, Coleophora parpennella, Scalloped Hazel, and the Lime-speck Pug.

The taproot of the plant is harvested and can be eating as a vegetable. Although it is out of favor in the areas of modern Europe, it is still popular in countries of Asia like Japan. For example, in Korea, the herb is called “u-eong” while in Japan is named “gobo.” These roots are crisp and possess a sweet, pungent flavor combined with a muddy harshness which may be reduced by soaking the shredded root for 5-10 minutes in water.

Burdock achieved an international recognition linked to its culinary utilizations because of the popularity of macrobiotic diet in the 20th century. Before the hops widespread as a bittering beer agent, burdock was commonly used in Europe for the same purposes.

Because the burdock roots feature a series of medicinal properties, it has been included by people in remedies that serve a wide array of needs. Furthermore, the burdock leaves and seeds can also be included in certain remedies.

Among the beneficial effects possessed by this herb, there is increase in the urine flow, fever reduction, and blood “purification.” Furthermore, it can be utilized to treat certain medical conditions like anorexia nervosa, gastrointestinal complaints, rheumatism, colds, bladder infections, cancer, syphilis complications, and a series of skin issues such as psoriasis and acne. Although existing information regarding the link between this herb and liver diseases is few, some individuals believe it can prove useful for this type of conditions too.

When the beneficial effects of this plant were researched, some scientists discovered on an animal-based study that there is a kind of fiber which can be extracted from burdock and can promote the probiotics growth. Probiotics are immune-regulating bacteria that are naturally found in the digestive tract. Additionally, there were other tests which revealed the fact that burdock can fight certain free radicals, thus alleviating liver damage due to enhanced alcohol consumption.

For external usage, people can apply creams or lotions based on burdock for some skin issues including psoriasis, eczema, and ichthyosis or dryness of skin.

In fact, burdock represents one of the core components of Flor-Essence and Essac which are two herbal formulas that are marketed as remedies for people who are trying to cope with cancer. Unfortunately, there is an evidence lack when it comes to promised effects of these formulas which are pain relief, prolong survival, immunity boost, and tumor shrinkage. Moreover, there was a study conducted in 2006 which pointed out that these formulas may, in fact, stimulate the development of breast cancer. Essiac features sheep sorrel, Indian rhubarb root, and slippery inner bark in addition to burdock, while Flor-Essence possesses the same ingredients with some small amounts of blessed thistle, kelp, red clover, and watercress.

Even though more studying is needed, burdock is also believed to be useful in the enhancement of skin circulation, thus detoxifying epidermal tissues and on some occasions even destroying fungus and bacteria. This is the reason for its diuretic effect on the organism that usually aids the impurities filtering in the bloodstream.

Burdock is regarded as safe for consumption in Asia. However, currently there isn’t sufficient information linked to its general safety, but it is believed to be safe to use when the dosage is within the daily recommended limits. Unfortunately, people that are sensitive to some flower or herbs such as marigold, ragweed, daisies, or chrysanthemums may experience some allergic reaction on the utilization of treatment based on burdock. Additionally, it may worsen dehydration.

Because there isn’t sufficient information about the usage of this plant for breastfeeding or pregnant females, it is better for them to avoid its consumption to prevent possible harmful complications. Considering that this plant can cause a bleeding enhancement after or before surgeries, those who are about to have an intervention of this type should avoid its consumption two weeks before a scheduled surgery.

Also, this plant may have some moderate interactions with blood-clotting medicine such as clopidogrel, aspirin, ibuprofen, dalteparin, enoxaparin, or naproxen. Thus individuals taking any of these should keep away from dietary supplements based on this plant.

Except for the part utilized in medicine, the above-ground portion which is green can determine contact dermatitis if touched by humans because it produces enhanced amounts of lactones.

Although it was originally cultivated in Chine for its medicinal qualities, this root became more popular in Japan. However, it can also be found in other countries in Asia and Europe, and in the United States. According to some sources, both Chinese and European herbalists considered the roots as possessing “lightly warming, moistening effects” that were thought of as a good tonic for the liver and lungs. Because of this, it has long been utilized in some natural remedies for treating conditions linked to either the lungs, liver and not only.

Nowadays, nutritional companies have begun including this plant as either a core or additional component of some supplements which are meant to enhance the immune system or treat conditions such as anorexia nervosa, gallbladder infections, some types of cancer, rheumatism, and arteriosclerosis. However, it is important to keep in mind that further research is needed to generally determine the efficacy of this root in humans. Thus individuals who experience any side-effects should immediately disrupt its utilization. Moreover, pregnant or lactating women, as well as people who are hypersensitive to herbs or flowers, should think twice before consuming remedies based on this root because there is a good chance of developing some unwanted side-effects.