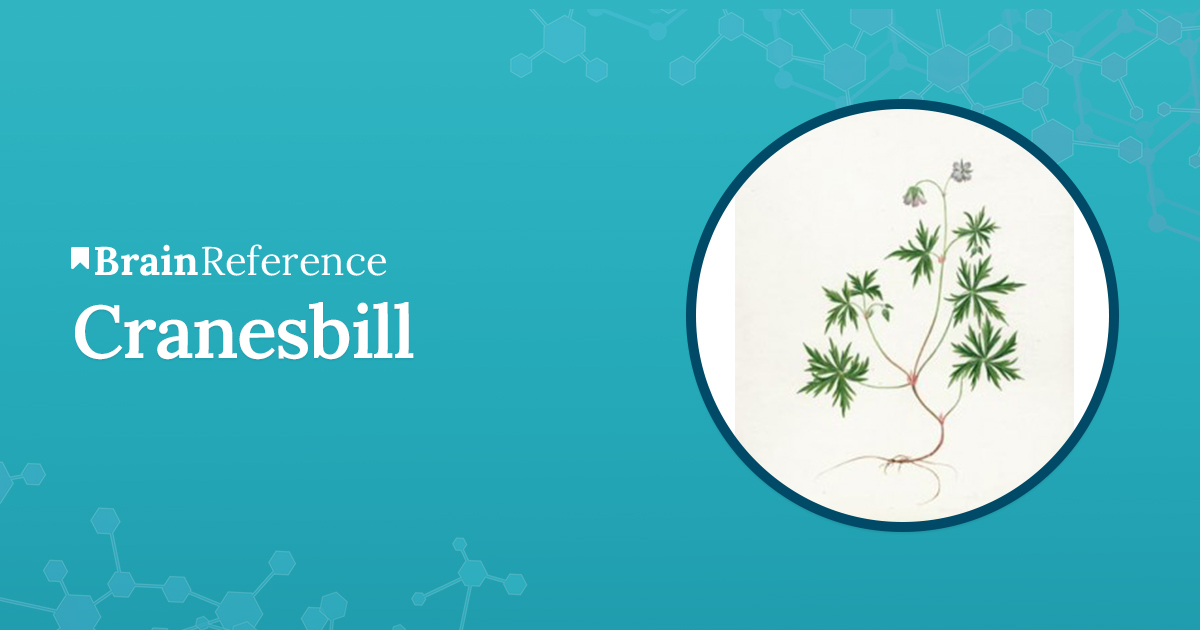 Geranium represents a genus composed of four hundred and twenty two species of annual, perennial, or biennial herbs which are commonly referred to as cranesbill. They are generally cultivated in regions with temperate climates and its main preponderance is in the Mediterranean areas. Among these plants there is one which is utilized the most and goes by the name of Geranium maculatum. This particular herb can be recognized because of its white coloring and the fact that they possess five petals. As long as it is not waterlogged, this herb may grow in any type of soil.

The fruit capsule possesses five cells and each one of them features a seed which is jointed to a unique column that has been produced in the center of the flower. The common reference of this plant actually comes from the shape of the column which is sometimes long and looks like a crane bill. These plants are usually eaten by some larvae of Lepidoptera species such as mouse moth or brown-tail.

It is sometimes confused with “storksbill” because they are referred to with the same name. Additionally, an interesting thing about this herb is that it is often found in people’s gardens without them even being aware of the beneficial effects it may provide.

Most of the plant’s positive effects come from the fact that it features an ingredient called tannin. This compound plays a reliable role in the soothing of the digestive tract; it is usually utilized for treatment or prevention of diarrhea. The herb has, in fact, been used with these purposes for centuries and is nowadays included in dietary supplements. Its best positive effects are linked to certain gastrointestinal ailments. For instance, it may possess an important role in the inflammation alleviation as well as treating some symptoms which appear on Crohn’s disease.

Another utilization of this herb known throughout history is related to abnormal bleeding interruptions which often appear on menstruation periods or as a result of uterine issues. Furthermore, it may help reduce the redness and inflammation which appears in individuals who suffer from some skin conditions like sores. In some cases, it is even applied directly to the skin in order to provide help with hemorrhoids treatment.

Although less common, it is also included in the enhancement of eye conditions like moderate retina irritation or conjunctivitis. There are some sources which state that this herb can offer help with some vision issues which may appear in diabetic patients. Even though the treatment can be done as tea infusions or some tinctures obtained at home by people, most of its consumption comes from dietary supplementation. Nutritional businesses utilize it as either a main or an extra component for some products that target enhancement of the digestive system. However, there isn’t any sufficient information in this matter, and further scientific research is needed in order to determine whether this herb is effective for bodily problems. Even though the number of conducted studies and customer testimonials is currently low, there are a lot of people who believe in its effects and include it in daily supplement consumption.

There are some sources that state the fact that the tea obtained from cranesbill shouldn’t be consumed for more than three or four consecutive weeks because of its high tannin amount, which may cause upset stomach in people upon consumption.

When it comes to the intake of capsules or tablets featuring this ingredient, people are usually advised to do it under some strict guidance from a medical doctor or an alternative practitioner because there are some harmful side-effects which may appear if the suggested dosage is exceeded. One of the most common is indigestion, which can extend if the usage persists.

Additionally, women who are pregnant should avoid cranesbill because there is insufficient information in this area and it may determine more harm than good, thus potentially destroying the health of the fetus or baby. Furthermore, tannin sometimes leads to a dryness of breast milk; females who are nursing should be particularly aware of the fact that its utilization is rather dangerous.

Because cranesbill features some ingredients that may interact with medication, it is important that individuals that are taking prescribed drugs that have particular restriction to some compounds be very careful if a consumption of cranesbill is desired alongside. Some of these ingredients are gallic acid, potassium, and calcium oxalate. Moreover, when the formula features a combination of more herbs, people should carefully read the labels and decide whether the dosages of each are safe and don’t interfere with certain medication. There are also people who may experience some allergic reactions due to being hypersensitive to plants. If any of these appears, the person who is taking the supplement should instantly interrupt the consumption and only begin it again after he has made sure no further complications will appear.

The majority of the annual production of cranesbill comes from the northwestern regions of the United States. However, it may also be found in countries from Europe and Asia. In most of the cases, people have it in their own garden, but are unaware of this and because of this, they won’t take advantage of its positive effects.

Despite the fact that most of its utilizations are linked to its introduction in tea infusions, tinctures, or lotions, nutritional businesses have also started to use it in some of their natural supplements, either alone or combined with other ingredients. These products usually target issues of the gastrointestinal regions or symptoms linked to possible conditions that may appear when the digestive system doesn’t function properly. However, there are very few studies which support these claimed positive effects and more research is required in order to determine a general opinion linked to its efficacy. Whatever treatment is used, if it implies the presence of this herb, additional care should be provided in order to avoid potential complications. The most common unwanted effect is indigestion and it mainly appears when the daily suggested amounts are exceeded.