It mostly concentrates on insulin levels, whose effects are linked to the reason behind its creation. The business that delivers it on an international scale is called Universal Nutrition and has been an active member of the supplementation market since 1977.

It operates under two major brands which are Animal Pak and Universal. Since it was built, manufacturer states have concentrated their resources and their time on offering reliable, good quality, and innovative products that were created as a result of responsible processes.

Moreover, within their description, it can be observed that their goal relies on enhancing the lives of their customers with the help of daily nutritional additions, such as pre-workouts like Animal Pak.

Chromium Picolinate is a single-component formula that should offer approximately forty-two percent of the daily amounts per serving. On the other hand, for individuals who desire more than what’s being provided through this supplement, the business suggests another product named Chromax II.

There are no precise details about this supplement on the producer’s official website. Still, it is stated that it hasn’t been FDA tested like all their products, which means that it shouldn’t be accounted for prevention, cure, or treatment for any disease.

1) Chromium Picolinate at a Glance

Presented as a single-ingredient formula that maintains normal insulin production to improve general health with more noticeable effects on the digestive, immune, and cardiovascular system.

This supplement is based on chromium’s beneficial effects in its picolinate form, just as suggested by its title.

Small quantities are needed for the usage of glucose by insulin for proper health. Still, according to some research, deficiencies have only been recognized in people who possessed long-term defined diets during their stay in a hospital.

On the other hand, a statement was made public in 2006 by the FDA concerning this ingredient and pointed out that the relationship between its effects and insulin production is still under doubt.

2) What Are Chromium Picolinate Ingredients?

4) What You Need to Know Before Taking Chromium Picolinate

5) How to Use Chromium Picolinate

However, because there were no adverse reports related to Chromium Picolinate short-term usage, there is no strict imposition in these regards. If the label is followed accordingly, an enhancement in muscle tissue quality and weight-support should be noticed.

Possible Chromium Picolinate side effects include nausea, nosebleed, unexpected bruising, vomiting, dizziness, headaches, as well as sleep disturbances. If any occurs, the user should be immediately stopped.

Advertised as a dietary remedy meant for individuals who have issues linked to the insulin production or want to improve their weight-loss processes, Chromium picolinate represents a one ingredient formulation which may help with these problems.

On the other hand, scientific research is currently divided, and there is no guarantee regarding its functionality.

Customer testimonials are also divided. While there are people quite satisfied with the effects, others claim it has no functionality and shouldn’t have purchased it.

Even though the producer doesn’t make any statements when it comes to unwanted effects or individuals who shouldn’t use it, according to some studies, it may cause some like nausea, headaches, and vomiting. 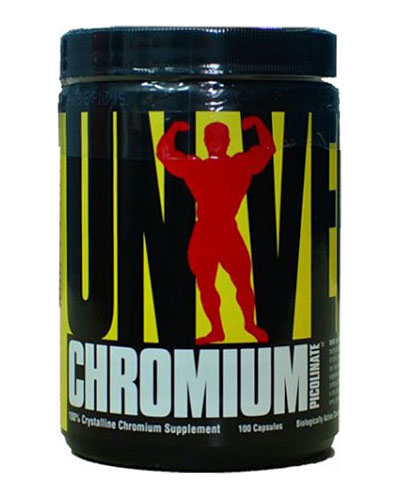 clear
Q:
What is Chromium Picolinate?
A:

Chromium picolinate is a dietary supplement from Universal Nutrition that focuses on the beneficial effects of its core ingredient upon the cardiovascular, immune, and digestive system.

It is a product recommended for individuals who desire to maintain a healthy weight or improve muscular tissue by burning additional fats.

However, its effectiveness cannot be generally stated.

Research points out that the link between this form of chromium and positive results linked to insulin production is inconclusive.

I’m quite pleased with this product. I’m currently on a weight-loss diet and I do think it’s helpful!