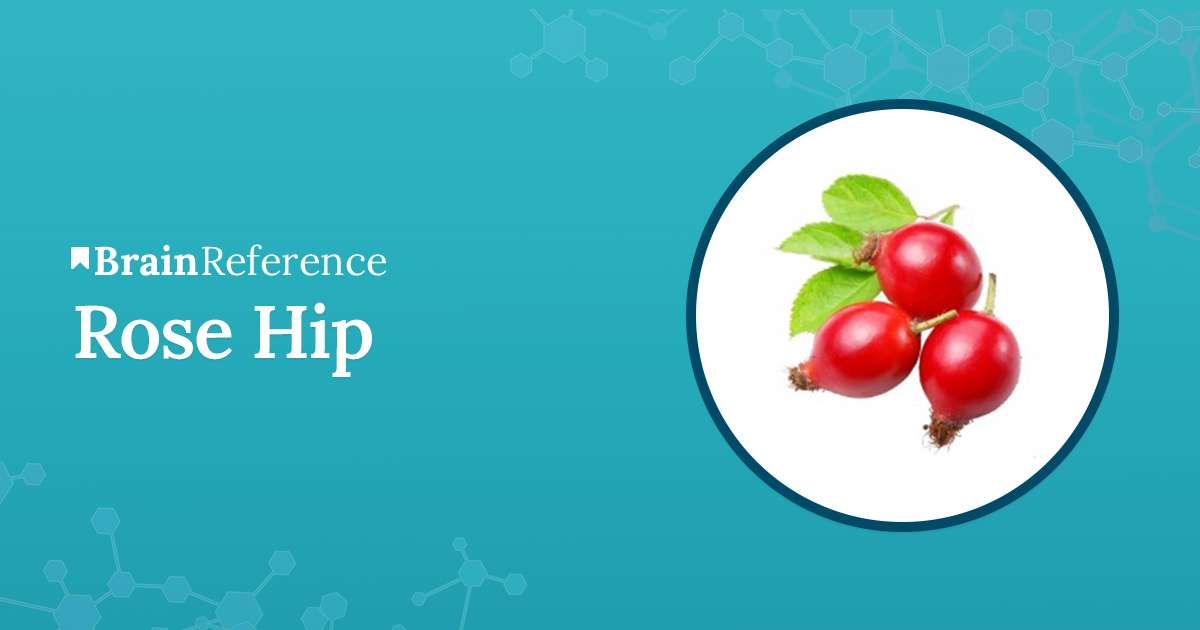 Rose hip, also referred to as rose haw, is the common name for the red cherry-sized fruits of the rose plant. All roses have fruits, some red-orange, others black or dark purple, depending on the rose species. The fruit is formed after the rose flower has been pollinated during the spring and becomes ripe in late summer.  The species most cultivated for its fruits is wild dog rose which grows up to 10 feet tall and has very fragrant white flowers.

Rose hip is used to make tea, infusions, jam, syrup, soup, or marmalade due to its pleasant taste. But aside from its nutritive properties, the rose hip has also been used as a remedy for centuries. It is very rich in Vitamin C and naturally contains up to 50% more than oranges do. This is one of the reasons rose hip is also consumed as a drink, made from raw blended fruit.

The fruit raises much interest not only for its nutritional and antioxidant properties, but it is believed to have some quite remarkable curative properties. For example, rose hip is suggested to be effective in treating rheumatoid arthritis, stomach ailments like ulcers, diarrhea, and constipation; also rose hip was suggested for urinary tract problems, diabetes, cardiovascular problems, and circulatory problems. Most of these claims have not been scientifically proven so far, but there is much interest regarding the effects of rose hip on rheumatic arthritis and the cardiovascular system.

The rose hip has been used for centuries in times of need  either as a medicine or for nutritional value. It comes as no surprise that in recent years it has been the subject of multiple clinical trials meant to attest some of its properties.  The fruit has been suggested to decrease blood sugar levels and thus has been sometimes recommended in weight loss. Also, it has been recommended to treat infections, fever, digestive tract problems like diarrhea and stomach ailments, or even cardiovascular issues. But more recently rose hip has been recommended as a strong source of Vitamin C and, more importantly, recent research seems to indicate that it indeed presents certain anti-inflammatory properties that may have applications in the treatment for some forms of arthritis.

A study carried out on mice in China in 2011 showed that rose hip ethanol extract does indeed possess anti-inflammatory properties, reducing edema.  A study conducted by researchers in Italy, in the same year, also found that rosehip extract is effective in treating gastric edema, with results similar to those of indomethacin; the effects seem to be more potent with dosage increase and more effective when treatment was received prior to the administration of rosehip extract. Chemical analysis also showed that the extract contains some anti-oxidants that may also contribute to the anti-inflammatory effects.

A clinical trial including 152 human patients was conducted in 2010 over the course of 1 year and studied the effects of rosehip extract in chronic pain. Patients were evaluated every 6 weeks and also kept a diary of their pain, including the times they needed additional pain treatment. The results of the trial showed significant improvement in almost all cases, regardless of ailment (back, knee, hip, or lower-back pain) and apparently unrelated to the patient’s individual characteristics.  These three studies are only a few of the recent ones that conclude that rosehip may be successfully used in treating inflammatory diseases like osteoarthritis and also chronic pain, with or without osteoarthritic pain.

Rosehip is also well-known and widely used as an anti-oxidant. Laboratory experimentation has shown that rosehip powder does indeed present relevant antioxidant protection. Rosehip oil is used as a cosmetic product, due to its rich content of vitamin A and E and other fats excellent as skin moisturizers.  It may also be effective in treating stretch marks, wrinkles, eczema, or even psoriasis.

Other suggested uses, but with little scientific support so far, include cancer prevention and kidney-stone treatment or prevention. One study on guinea pigs also showed that rosehip extract may be used as a skin-whitening agent if taken orally.

Rosehip is generally safe to use and the only caution needed is not to use any herbicides or pesticides on the plant if you are cultivating it yourself. Rosehip is used raw, dried as well as cooked; it is best preserved in glass containers, because the fruit acids and metal may not mix so well over a large period of time.

There is a possibility of experiencing the side effects of rosehip, but they are extremely rare and are generally a result of overdose. These include allergic reactions like itches, rashes, swelling, or difficulty breathing. Rosehip powder causes severe lung irritation when inhaled. Intestinal reactions like bloating, gas, abdominal cramps, or vomiting have been known to occur when ingesting more than 3g of rosehip daily.

The extract may also interfere with iron absorption in the body and is best avoided by those suffering from certain types of anemia.

Almost all rose species produce edible rosehip, although they differ in characteristics. The most common species used to grow rosehip is the wild dog rose or Rosa Canina, a very resilient plant that grows easily over wide areas around the world. Its fruits are usually harvested after the first frost, when they become bright red and softer. Rose hips have a fruity flavor that is similar to cranberries and are culinary prepared in numerous ways, fresh, dried, or preserved.

When used in raw recipes, it is best to first remove the irritating hairs hat hold the seeds. Rosehips may be consumed as a raw drink or paste made in a blender, boiled in water as a tea, and even preserved as jelly.