Cardamom Benefits, Uses, and Side Effects 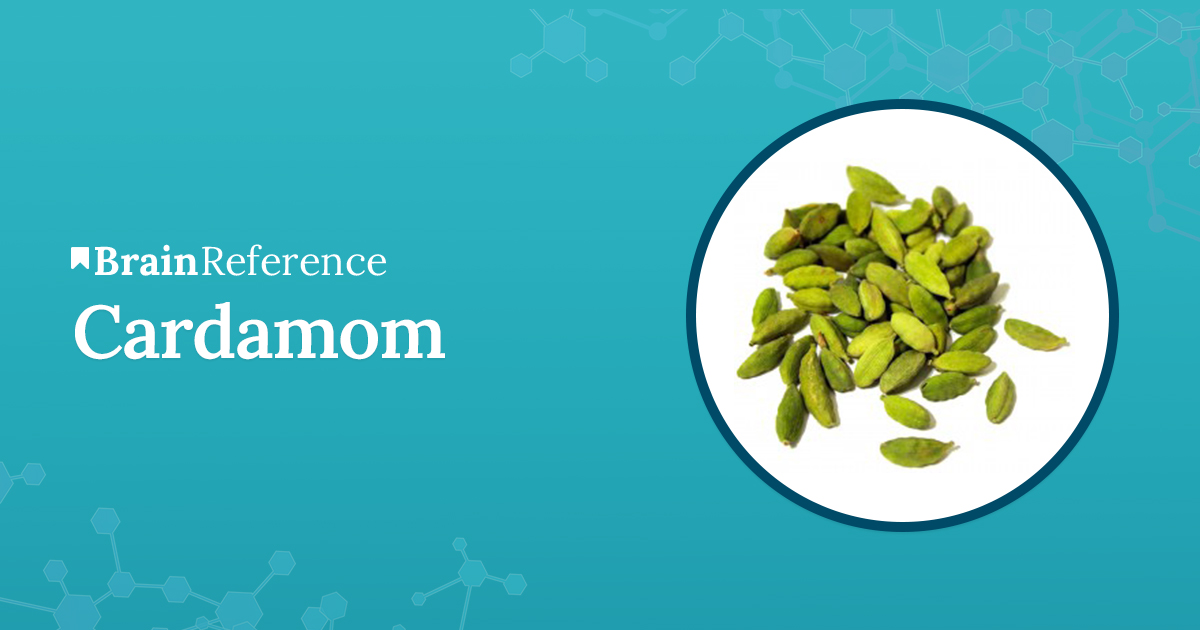 Cardamom is the name of several plants that are from the similar genera Amomum and Elettaria from the ginger family called Zingiberaceae. These can be traced back to countries like Bhutan, Nepal, and India and are recognizable due to their tiny seed pods and the outer shell which is thin and papery. Guatemala is currently the biggest exporter and producer of cardamom, followed by India. However, in the last decades, there have been other countries like Sri Lanka that began to cultivate it.

The reason for its popularity is the fact that it has and still is used as a spice and by weight, it is the world’s third most expensive because its value was outstripped when it comes to the price on the market, by vanilla and saffron.

“Cardamom” is a word that was derived from the Latin word “cardamomum” which is in itself a Latinisation of a Greek word composed of “cress” and “common,” the latest being the name given to an Indian spice. The common use of this plant is as a flavoring for drinks and foods.

Even though this seed pod has been mostly utilized throughout time for culinary purposes, due to its beneficial effects on the organism, its utilization also included the medicinal area, particularly the alternative one. On a general perspective, the seeds of cardamom have been used for treating conditions like intestinal spasms, heartburn, intestinal gas, irritable bowel syndrome, gallbladder and liver complaints, common cold, loss of appetite, and constipation. There are some cases in which it is also consumed for solving urinary issues.

Furthermore, this herb represents a reliable source of manganese and iron, and one hundred grams of its seeds feature 13 mg of iron which is the amount equivalent to 175% of the daily requirements. The reason why it is an excellent addition when it comes to leading a healthy lifestyle is that iron is needed for cellular metabolism and blood cell formation, which means that its consumption is mandatory for the maintenance of a proper cardiovascular system and avoidance of some related diseases like strokes or heartburns.

Additionally, there are also some therapeutic utilizations of cardamom because it contains some essential volatile oils such as sabiene, pinene, limonene, myrcene, terpinolene, linalyl acetate, nerol, geraniol, transnerolidol, and citronellol. These therapeutic benefits extend in areas of medicine which include antispasmodic, antiseptic, digestive, carminative, expectorant, diuretic, tonic, and stimulant. Moreover, it also contains calcium, potassium, and magnesium, which means that it has a positive influence on the muscular and skeletal systems as well. However, its beneficial effects haven’t been scientifically researched, and further studies are required to determine its efficacy in any of the above-mentioned areas. The partial lack of information doesn’t stop people from following treatments based or featuring cardamom. In the majority of cases, it is included in products which aim to treat intestinal and stomach problems because the seeds feature a series of chemicals which enhance the food movement throughout the intestines while also fixing or relieving symptoms of problems related to the digestive system.

Unfortunately, because of the lack of information and studies related to the consumption of cardamom, it is only known that the usage is safe when the label dosages are properly followed, and the quantity doesn’t exceed the daily suggested amount.

Breastfeeding and pregnant women may also consume supplementation featuring this herb without any problems, but only in moderate medicinal amounts because excesses should be avoided to protect the health of the infant. Because it may trigger gallstone colic, also known by the name of spasmodic pain, people who suffer from gallstones should keep away from products that contain cardamom.

In South Asia, the seeds of this plant have been used to treat gums and teeth infections, prevent lung congestion, throat problems, eyelids inflammations, and pulmonary tuberculosis. Moreover, it was reported as being utilized as an antidote for scorpion and snake venom.

So far, there haven’t been any types of interactions with medication if another treatment is followed simultaneously, but a good decision before beginning any supplementation consumption is to consult a personal doctor because certain issues may appear, depending on the individual. If any unwanted effect appears during its utilization, it is advised to instantly stop the treatment and don’t begin it again until the symptoms have completely disappeared and it is a sure fact that there are no allergies related to this ingredient.

While Guatemala is the main producer of cardamom on a global level, this herb can also be found on its cultivation stages in countries like India, Sri Lanka, and Nepal. It has been used for centuries in traditional systems and medicine which includes Chinese and Ayurvedic in countries like Japan, India, Pakistan, Vietnam, and Korea. Due to its increased popularity and the fact that it represents a flavoring base for the preparation of coffee, tea, or other cold drinks, the seeds are easy to find and can be bought even from local stores in certain areas.

Furthermore, because of its beneficial effects on the human body, nutritional companies have introduced it in some products that target bodily areas like the digestive and cardiovascular system. In most of the cases, it is used for gallbladder and liver problems and intestinal spasms. Because more evidence is required in this area, the lack of information means that the remedies that feature this herb are often viewed as safe, mainly because there haven’t been any reported side-effects from the people that have followed these types of treatments. However, the right amounts for achieving a symptom relief or even a cure for a problem varies, depending on the sex, age, and health of the individual. Because of this, it is always wise to consult a personal healthcare before the beginning of any treatment that contains cardamom to avoid any potential side-effect, especially when the certain individual suffers from gallstones. Pregnant or nursing mothers can safely consume it in proper dosages as opposed to most of the herbs found on the nutritional market.