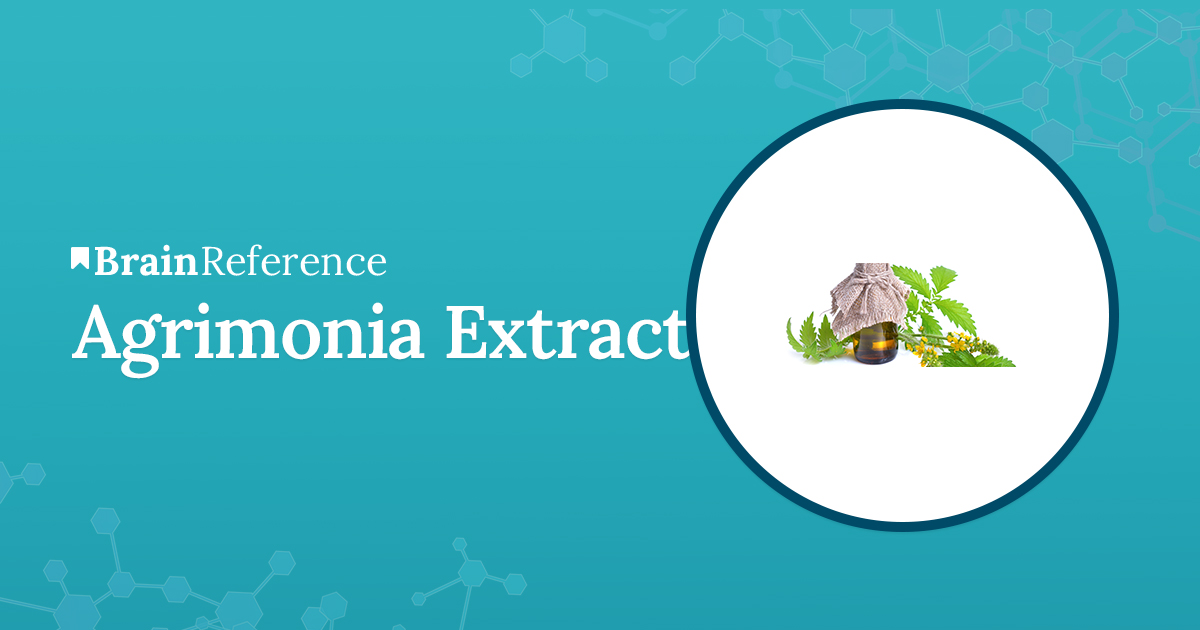 Agrimonia, also known by the name of philanthropos, curch steeples, sticklewort, cockerburr, or common agrimony, represents a plant that grows in the Northern hemisphere. Located in continents like Europe, Asia, or America, or central to southern regions of Scotland, it is a peripheral herb which is best suited for areas like field margins, hedge banks, roadsides, shrubby waste temperature regions, dry thickets, or some alkaline soils. This is mainly due to its seeds that are usually hardy, but require stratification or cold weather in order to germinate.

This plant is medium-sized with greenery of pinnate leaves as well as small yellow flowers which grow from one spike. Its name derives from the Greek word “argemone,” meaning, “plant which heals the eyes.” Pliny, one of the great Roman authors, called it “an herb of princely authority.” Furthermore, Chinese medicine has utilized this plant for treatment of menstrual difficulties or irregularities and for its sleep aid quality.

Agrimonia is a reliable herb which can be used to treat a wide array of medical issues because it features a series of active ingredients with known individual qualities among which can be mentioned thiamin; water-soluble B-vitamin quercitrin, an antioxidant; and catechin, a polypherol that is also water soluble.

Furthermore, this bitter plant also contains silicic, palmitic, and unsolic acid. As one of the most common saturated acids, palmitic can be traced back to both plants and animals. Some new studies revealed that this fatty acid can help with the fight against skin cancer. On the other hand, silicic acid represents a compound of oxygen, silicon, and hydrogen which should yield benefits for nails, skin, and hair. Unsolic acid is generally found in fruits and herbs and acts like an anti-inflammatory and diuretic compound.

This plant has in an interesting story because of its extended use in folklore. Witches usually utilized it in order to ward off hexes and make spells that cure or help people with different problems. For instance, when it was hung inside the house where it was positioned in a sachet, it offered protection against poisoning, goblins, or evil spirits. Nowadays, modern wiccans put the leaves in pillowcases to ensure a good night sleep.

People use its flowers after drying them, for making a diet drink or spring tonic which is believed to be blood purifying. Additionally, in France, it is served in forms of beverages that represents a remedy for coughs.

Considering its blood purification properties, Agrimonia can help lower symptoms of liver ailments, jaundice, or other conditions of the blood. Moreover, it possesses a wide array of topical uses such as skin eruptions including acne, pimples, blotches, eczema, scrofulous sores, or rheumatism relief, but with zero side-effects compared to other supplements.

Because it features tannins which are thought to aid in digestion and prevent acute diarrhea, it can also have positive effects on troublesome bowel movements and for toning mucous membranes. It should be mentioned that because of its diuretic effects, it may help eliminate excess water, thus helping the kidneys and bladder in their cleansing processes and even helping eliminate kidney stones. Other possible benefits of this plant include wound healing, halting bleeding, snake bites, astringent for abrasions and cuts, bronchitis, coughs, asthma, sore throats, nasal accumulation, and varicose ulcers.

Women who suffer from a heavy menstrual bleeding or urinary infections may take this plant in order to relieve their symptoms.

Considering the fact that it is used for natural and pharmaceutical treatments, people should be aware of the label dosages and follow them accordingly in order to avoid possible counteractions or side-effects, which usually appear if the rules are overlooked. Moreover, people that have known hyper-sensitivity or certain allergies to this herb should avoid its usage or consult their personal physicain if the desire to follow a certain treatment featuring this ingredient exists and there are some concerns on whether they should or not.

When it comes to the topical use or its usage as tea or beverage, the Council of Europe lists it as a safe and natural source of food flavoring. However, because it has a high content of tannins, the utilization should be done within moderate parameters both for skin and internal use. When the dosage is massively exceeded, complications of underlying diseases or gastrointestinal upset may appear.

Patients that possess a history of bleeding disorders or excessive bleeding should only consume it in milder doses. Furthermore, lactating or pregnant women should reconsider taking medication or supplementation featuring this ingredient because its effects on both the mother and the unborn baby have yet to be tested, and there may be some unnecessary complications that can easily be avoided by simply not consuming this herb.

Agrimonia is a plant which grows in Asia, Europe, America, England, and central to southern Scotland and whose flowers, leaves, and sometimes seeds can be used by individuals for their positive properties. In the natural industry, most companies have either developed a series of drinks based on this ingredient in order to provide help in curing ailments like colds or problems such as diarrhea or just to boost the mood of the people drinking it or created a variety of creams in order to treat problems like acne or eczema. Sometimes it can be found as a featured ingredient in a blend that focuses on mood or immunity enhancement, mostly because it has few-to-no reported side-effects.

Despite its apparent clear history and wide array of positive effects, this plant can cause some harmful side-effects if the dosage is not properly followed. Because of this, it is advised to consult a doctor if you have a history of allergies or hyper-sensitivity to one of the compounds found in this supplement. If any unexpected issues appear, immediately stop the treatment.