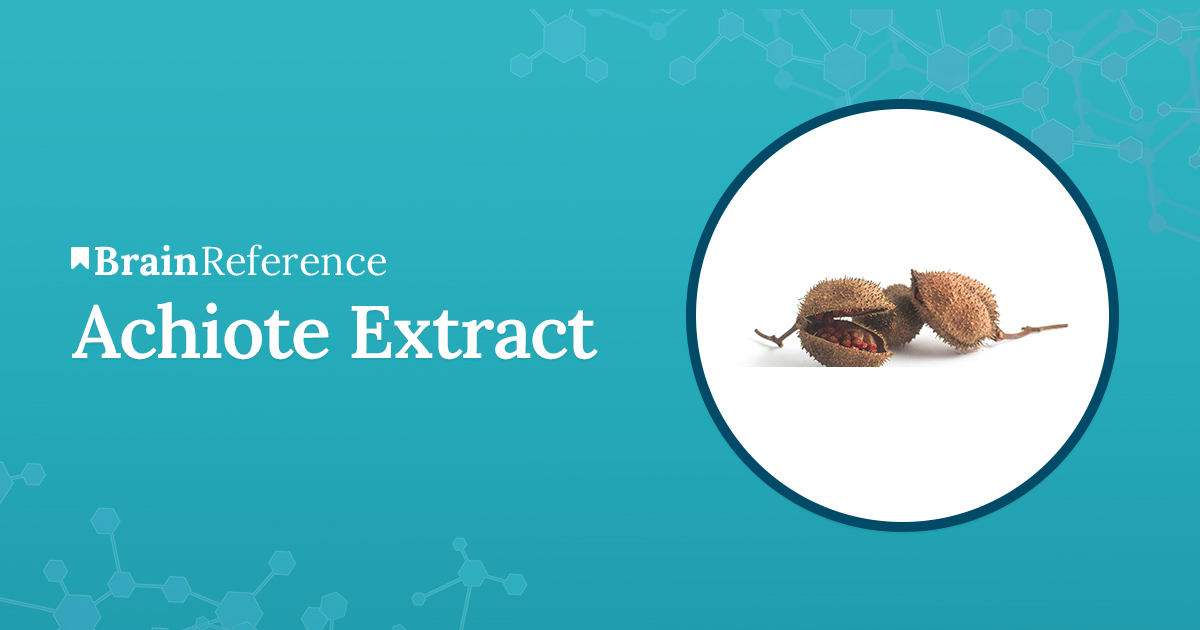 Achiote or Annatto are the most common ways in which people refer to when they want to talk about an evergreen shrub named Bixa orellana. Its name actually derives from the word Nahuatl used for shrub which was “achiotl.” It was introduced to Southeast Asia in the 17th century by Spanish.

Best known for the natural pigment obtained from the fruit, its plant differentiate itself from others due to its bright red fruits with red seeds. In the United States, it is of distinct commercial value due to the fact that the Food and Drug Administration classify the colorants which are made from it as being “exempt of certification.” Among its main usages, there is a condiment and colorant for traditional dishes like chicken, cochinita pibil or rice or for adding color to popcorn, breads, butter, drinks, and cheese.

Although, from a commercial point of view, only seed or seed paste is generally used in health enhancement, when it comes to the tropical areas in which Annatto is grown, there are other parts of this plant which are utilized for medical purposes. Specifically, its leaves appear to have a large variety of applications. They are used as a cure for feverish infections like hepatitis, gonorrhea, and dysentery. Moreover, it is thought that they can reduce levels of cholesterol, hence offering protection to the liver.

An irritated stomach can also benefit from this herb, especially if the problem is a result of a spicy food overconsumption. Newborn babies may have increased health benefits if they’re administrated flower infusions that are believed to be a reliable expectorant. Furthermore, people who are living in areas around the Amazon utilize this herb for snakebites.

Internally, Achiote may present a positive effect in the fight against parasites or allies of pains which are derived from intestinal parasites that should be eliminated from the organism. Its external usage relies on warding off insects, offering protection for potential damage done by ultraviolet rays. Because of this particular feature, nutritional businesses have designed a variety of skin healing and skin tonic products.

In addition, the leaves have an effect on the urinary system because it increases the urine volume in cases like renal insufficiency or cystitis. Benign prostate hyperplasia can be reduced if a treatment based on Achiote is properly followed under medical supervision. Because it contains carotenoids such as Bixin or Norbixin which are in fact the provenience of the red pigmentation of this herb, it possesses a high antioxidant potency that may lead to a powerful anti-tumor activity. Moreover, these are known to have the quality of decreasing the levels of sugar in the blood and due to this feature, the plant was used in the past centuries in diabetes treatment by people who apply medicine systems that are traditional.

Some reports also suggest a strong link between Annatto and prostate cancer. Shamanic healers that lived in South America, known as “Curaderos,” said that this plant represents a good remedy for the reproductive and urinary regions, cystitis, prostatic disorders, or much more serious medical conditions such as cancer or renal insufficiency. Its leaves are thought to possess aphrodisiac qualities and may represent an alternative to prescribed medication in cases of obesity. Experiments conducted based on alcohol extract from Achiote leaves, showed an important activity against Staphylococcus and E. coli and a preparation obtained by mixing the smashed seeds with warm water can relax muscles and blood in dogs.

Recent studies showed that not only the leaves, but all parts of this plant have hypoglycemic properties. Because of this, a daily usage of Achiote tea may lower glucose levels and can help avoid spikes which appear in blood glucose after meals. Although western medicine is currently discovering its potential, there is some evidence that shows the property of different bits of the plant in increasing cardiovascular health and healing problems related to reproductive system and eliminating infections.

Columbians, particularly those with low income and no real access to modern medicine, use folk as well as natural remedies based on this ingredient for treating common infections. Furthermore, it was discovered that leaves extracts possess antimicrobial activity against Gram microorganism and reaches the maximum against Bacillus pumilus. Other uses include treating malaria or Leishmaniasis.

Although it is regarded as safe when taken from foods, there isn’t sufficient evidence that supports its safety when the consumption is from dietary supplementation. Because there exists little to no evidence, during breast-feeding and pregnancy, women should avoid treating themselves with this herb, mainly because the baby may be serious affected.

Moreover, there is a big concern of interference with medication that controls the sugar levels, and it is usually taken by people after surgery; thus, its consumption should be interrupted two weeks prior to surgery.

With moderate interactions against diabetes medication, it may affect people suffering from diabetes because it increases blood sugar. By improving these levels, Annatto actually decreases the effectiveness of diabetic medication, case in which a medical doctor should be consulted. Some of this medication includes Avandia, Glynase PresTab, Glucontrol, Actos, Orinase, Diabinese, and DiaBeta.

As it was previously stated, Annatto usually grows in tropical areas from America. Because latest research showed a great potential for all of its components from roots to seeds, people may consume it raw or mix it with food as a condiment after preparation of the seeds, specifically if they live in areas of growth. If they don’t, another possibility would be purchasing nutritional supplementation which bases its beneficial effects of this herb. There is in fact a wide array of nutritional businesses that have created products based on Achiole.

Commercially, it is available in the form of seed paste, seeds or herbal medicine. Most people are aware of the existence of this plant because it is used as a spice for its particular flavors. Keeping in mind that the optimal amount of Achiote is linked to a series of factors such as age or health, further research is needed so this quantity is determined for an individual desiring to follow this treatment.