Ginkgo is brain boosting herbal supplement made by “Pure Mountain Botanicals.” It contains organic Ginkgo Biloba powder and potent extract as an active ingredient which is known to improve memory and sharpen thinking. This ingredient works by increasing blood flow towards the brain and also acts as an anti-oxidant. Studies reveal that it modestly boosts memory, enhance cognitive functioning, relieves anxiety and also lessens memory problems in dementia or Alzheimer  s disease. The company claims that their products contain pure herbal extracts and are gluten-free while they are made without any preservatives, fillers or other agents with possible side effects. Each bottle contains 90 capsules. Each can be taken 1 to 3 times a day.

Ginko Biloba has been used medicinally for thousands of years. It is one of the top-selling herbal supplements for the management of anxiety, schizophrenia, dementia and cerebral insufficiency, all accounting to mental disorders and memory problems. It also increases focus and decreases mental fatigue. Studies disclose that it boosts memory and cognitive speed while it also prevents progression of dementia and Alzheimer disease. Ginko is also used for ADHD, depression and other psychological conditions such as multiple sclerosis and tinnitus from a vascular origin. All these potential benefits are considered to be due to its antioxidant properties and ability to boost blood flow towards the brain.

The dose of 240mg per day is beneficial for such uses. Ginko Biloba is available in many forms such as tablets, capsules, standardized extracts, tincture or as dried leaves; however, the tablet form is more absorbable and provide better results. It is well tolerated by most consumers but may cause minor side effects in certain people such as GI upset, dizziness, headache, constipation, palpitations, restlessness and allergic skin reactions. However, it should be avoided by individuals with the clotting disorder or those who are taking anticoagulants or NSAIDs (e.g. Ibuprofen). A moderate drug interaction can also occur with blood-thinning medicines and those metabolized by liver enzymes. So it is advisable that you should consult your family physician before purchasing this product.

6) Our Final Take On Ginkgo Biloba

Ginkgo is a brain boosting supplement and herbal remedy for certain brain disorders. It enhances memory, focus, and learning while also decreases memory loss in dementia and Alzheimer disease. Many studies give mixed results about the benefits of Ginko Biloba while other failed to find such beneficial effects. Several risks, interactions, and possible side effects outnumber its advantages. However, it is being used for centuries, and many people are benefited from the results. 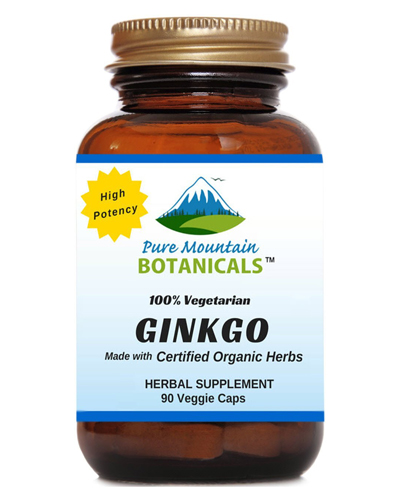