Neurvana Pro is marketed as a nutritional supplement designed to provide a number of benefits for both body and mind. Particularly, the formula is marketed to provide more brain power (learning, focus and attention), to help burn fat faster and lose weight, to enhance mood and emotional balance, to improve physical performance and increase libido and sexual activity.

The manufacturer of Neurvana Pro is Neurvana Edge, a company manufacturing 3 core products designed to amplify the activity of key neurotransmitters in the brain for increased longevity and slower aging processes and optimum brain-and-body performance. All products come with a patent-pending Nano-Sphere Delivery System, which carries the ingredients into cells for stronger, longer-lasting effects.

Neurvana Pro is a multi-benefit formula effective for both body and mind. The formula contains a single core ingredient called beta-phenylethylamine, also known as PEA. PEA is a naturally occurring neurotransmitter normally synthesized in the brain from the amino acid phenylalanine.

The neurotransmitter has the unique ability to increase the activity of the major neurotransmitters and therefore to improve key life functions. It has been shown to increase the effect of dopamine, serotonin, acetylcholine and norepinephrine, thus the increased range of benefits of the substance, through the regulation of these hormones. Dopamine plays a number of key roles in the body, in areas such as behavior and cognition, motivation and punishment, sexuality and lactation or learning and working memory. Serotonin regulates mood, appetite and sleep and plays a big part in the general well-being of a person. Acetylcholine promotes sleep, regulates the sleep-wake cycles, is involved in enhancing memory, thinking, learning and sensory perception.

Neurvana Pro should not be used by pregnant and nursing women or those taking MAO inhibitors.

2) What Are Neurvana Pro Ingredients?

3) Is Neurvana Pro Right for You?

Advertised as a multifunctional product with beneficial properties for the mind and the body, Neurvana Pro is composed of beta-phenylethylamine, also known as PEA. Evidence has shown that PEA is a neurotransmitter with an ability to extend lifespan while restoring physical and mental functions. Among its properties, some studies have proved its benefits when it comes to improvement of dopamine activity, which have a role in age regulation.

Because it is highly concentrated in the limbic system, PEA should also help increase physical drive, motivation, social activity, and feelings. Unlike other drug stimulants, PEA is promoted as free of side effects, non-addictive and non-toxic. However, there are no studies to support these claims. Taken orally, PEA crosses the BBB (blood brain barrier) and is available as a neurotransmitter enhancer, neurotransmitter support regulator and stimulating neurotransmitter. On the other hand, there are some common side effects associated with PEA consumption. Although the symptoms usually don’t require medical intervention, if the problem persists, people should contact their physician. Side effects include nausea, mild headaches, heartburn, and constipation.

People who are taking antipsychotic medication for diseases such as depression, schizophrenia or bipolar disorder, should also keep away from PEA treatment because it has the potential to interact with it.

There are no online testimonials about Neurvana Pro. Thus the product’s Effectiveness hasn’t generally been proven.

Sold by bottles containing 120 capsules, Neurvana Pro can be found either on manufacturer website or other online or offline retailers. Its price is considered moderate, especially in comparison with similar dietary supplements. When bought in larger quantities, retailers may offer discounts and promotions. A bottle is sufficient for a two-month treatment.

PEA is promoted as free of side effects, non-addictive and non-toxic, however research is still limited. Taken orally, it can cross blood brain barrier and it works as a neurotransmitter enhancer and regulator. The recommended daily dosage is one tablet in the morning followed by 1 tablet every 3-4 hours until evening.

Neurvana Pro is a multi-benefit formula based on the single active ingredient beta-phenylethylamine or PEA. The manufacturer offers free samples, with the cost of handling and shipping of $3. The research on the neurotransmitter is still limited, and the full array of its side effects and benefits is not known. PEA acts to stimulate the main neurotransmitters in the brain (serotonin, norepinephrine, dopamine and acetylcholine), hence a wide spectrum of potential benefits.

There are no consumer testimonials available on Neurvana Pro that we could find, therefore it is not possible to assess its effectiveness or list any side effects reported. Given that the formula might interact to MAO inhibitors and other drugs, we recommend you ask a physician’s opinion prior to start using. 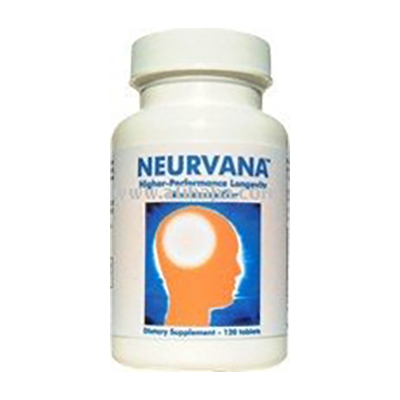 clear
Q:
What does Neurvana Pro contain?
A:

Q:
What is Neurvana Pro supplement?
A:

Neurvana Pro is a formula that claims to support mental and emotional health. The company that manufactures this product is called Neurvana Egde and is situated in California, United States. Neurvana Pro is a supplement that aims to sustain the body and brain by using ingredients such as beta-phenylethylamine, soy lecithin or steric acid in order to sustain a sense of well-being and improve memory and mental activity.

Q:
Are Neurvana Pro benefits actually a reality?
A:

Neurvana Pro is promoted as a multifunctional product with multiple properties that vary from cognitive improvement to mood booster. It is recommended for people who want to follow a treatment based on supplementation to enhance their mind as well as their mood. Because it is a remedy, the recommended dosage on the label should not be exceeded. There are some side effects related to its usage, and if any occur, it is advised to stop its consumption immediately. For optimal results, people should combine the treatment with a healthy diet and a good exercising program.