Natrol 5-HTP Review – Is it Effective?

5-HTP Capsule is a dietary supplement which can potentially be used as an antidepressant, appetite suppressant, and sleep aid. It’s distributed by Natrol, a company from Chatsworth, California. Natrol says they “have consistently achieved the highest ” A’ rating from the Natural Products Association, an independent industry association responsible for certifying vitamins and supplements.” Their most popular products are Melatonin, 5-HTP, and Biotin. They were founded in 1980 and became a subsidiary of Aurobindo Pharma USA Inc in 2014.

1) Details on 5-HTP Ingredients and Uses

Each capsule contains 50 mg or 100 mg of 5-HTP (5-Hydroxytryptophan), depending on which size bottle you purchase. 5-HTP is a naturally occurring amino acid (it’s sometimes called oxitriptan) and a direct precursor to serotonin. It also helps with melatonin from tryptophan. Sometimes it provides stress relief, minor weight loss, and increased levels of cortisol. One study suggests that 5-HTP can reduce sleep terrors. It doesn’t specifically cause weight loss itself. It increases the likelihood of feeling full after a meal, meaning you want less food throughout the day. For this reason, most doctors recommend taking 5-HTP with food for most people. A typical dose is 300 to 500 mg a day, divided up into smaller doses. Some people can effectively use less than 300 mg a day. It varies from person to person, as everyone’s brain is different. Potential side effects of 5-HTP include heartburn, stomach pain, nausea, vomiting, diarrhea, drowsiness, and various other problems. Because it hasn’t been thoroughly studied through clinical trials, interactions with other drugs are not well known. Always consult your doctor if you aren’t sure about a supplement’s effects or if you need it.

4) What You Need to Know Before Taking 5-HTP

The label recommends taking one capsule with food, up to four times a day. One bottle either gives you 60 capsules of 50 mg or 30 capsules of 100 mg. There isn’t much difference in getting one over the other. Most people will prefer the 50 mg capsules because it’s best to start with low doses of 5-HTP. Either way, the price is firmly in the average range, IF you only take two capsules a day. Sometimes you can get it for a below average price, and with free shipping to boot. It depends on where you can find 5-HTP Capsule. Because it’s sold by a larger company, it’s available through multiple outlets.

5-HTP (5-Hydroxytryptophan) is an amino acid which participates in the body’s synthesis of serotonin, a substance sometimes thought to be responsible for levels of happiness. This product uses Griffonia simplicifolia seed as their source for 5-HTP. It comes from a woody shrub native to western and central Africa. The seeds are used in some herbal supplements precisely because they contain 5-HTP. It is used by the human body as a building block; a precursor forming the neurotransmitter serotonin. It may also reduce anxiety, improve mood, and help control appetite. How much Griffonia simplicifolia someone needs depends on weight, although the optimal dose is still unknown. A child (30 to 100 lbs) will usually need 55 to 185 mg Griffonia (or 11 to 37 mg 5-HTP). This supplement contains 50 mg of 5-HTP, which is relatively standard in nootropics. There aren’t any other ingredients which might work well with the 5-HTP to provide a well rounded result, which is a potential downside. Griffonia has also been used in African folk medicine for diarrhea, stomachache, vomiting, and more. Since this product only uses 5-HTP, and not the Griffonia plant itself, it’s unlikely to provide those types of benefits. Some people might want more from their supplement, other ingredients to boost the main ingredient and provide a greater benefit overall. Still, amino acids are well absorbed by the body. They are almost always useful in some regard or another, much like B vitamins.

Most of the reviews are good. A few people have reported dizziness or nausea, but it can go away as your body slowly begins to get used to 5-HTP. Most people should take it slow because this supplement affects your brain chemistry. That’s a sort of thing which always carries some level of risk. In general, 5-HTP appears to have varied results on people. Most are happy and would recommend this product, but a lot of people have caveats or an important point to make. This is not a “one size fits all” solution, but it may work for you. 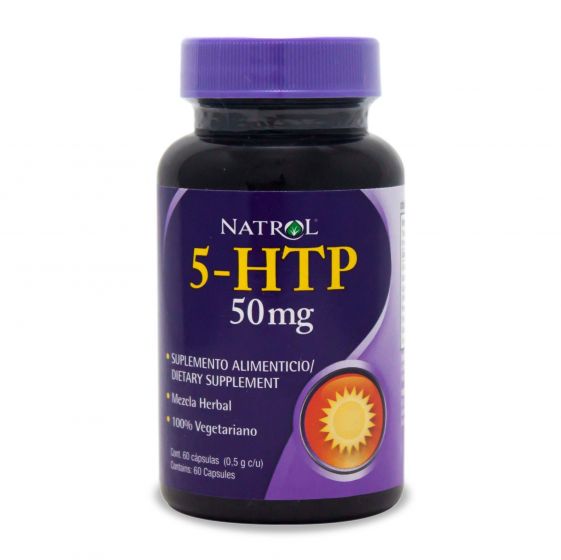 Customers Questions and Answers with 5-HTP

clear
Q:
What are the active ingredients in 5-HTP?
A:

Q:
Are 5-HTP benefits actually a reality?
A:

For some people, yes, 5-HTP Capsule appears to work. Results are unfortunately a bit inconsistent, judging from the reviews and testimonials on this product. Usually, supplements don't work for 5 to 10 percent of people, because everyone has unique biochemistry. Some supplements just don't have an effect, if you're unlucky. This supplement seems to work for most people, but it doesn't always have full effectiveness. Some people see side effects and want to stop after that. This looks like a decent product overall, but you won't know for sure if it works for you – not until you try it.