4 User Comments | 11 Answered Questions
Evidence Based This BrainReference content is medically reviewed or fact checked to ensure factually accurate information. Click for more info. | Summary | What's Inside? | Side Effects | Cost | How To Use | Verdict | Alternatives to MigreLief | Q&A

The formula is recommended for those who suffer from chronic migraines and claims to decrease the number and intensity of migraines in three to six weeks, but is this true? Does MigreLief work? Read on to find out.

MigreLief is a nutritional dietary supplement designed to treat migraines while supporting cerebrovascular tone. The formula contains three core ingredients; Riboflavin, a B vitamin, Magnesium, a mineral, and Puracol, a plant extract, all of which work to relieve migraines, prevent spasms of blood vessels and keep them open and toned.

3) What Does MigreLief Do?

The particles in Feverfew keep the blood vessels properly toned while reducing the length, frequency, and severity of migraines by inhibiting the synthesis of prostaglandins and the release of histamines and serotonin, which play critical roles in the pain pathway and can cause vasospasms.

4) Side Effects of Using MigreLief

Two of the core ingredients in MigreLief, Magnesium and feverfew, may cause side effects like nausea, stomachaches, and diarrhea.

5) Where to Buy MigreLief?

You can buy MigreLief from the Akeso Health Sciences website or Amazon.

6) How Much Does MigreLief Cost?

7) How to Use MigreLief

Take one caplet of MigreLief in the morning and one in the afternoon or evening with food, allowing six to seven hours between doses.

9) Our Verdict on MigreLief

MigreLief is a patented formula designed to assist with managing chronic migraines and preventing new-onset migraines. It contains a combination of a vitamin, plant extract, and mineral to provide a threefold relief from migraines.

MigreLief is likely to work as its core three ingredients, Pruacol Feverfew, Magnesium, and Riboflavin, have been researched and proven effective in migraine prevention and treatment. Also, most consumer testimonials agree that the formula is effective and as beneficial as it claims. 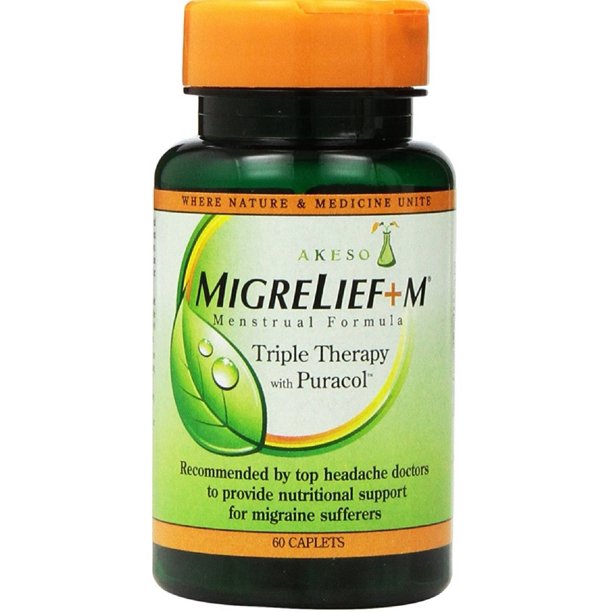 clear
Q:
What does MigreLief contain?
A:

Q:
What is MigreLief supplement?
A:

MigreLief is a patented formula designed to support cerebrovascular health and assist with managing chronic migraines and preventing new-onset migraines.

Q:
What are the MigreLief side effects?
A:

Some of the core ingredients in MigreLief, like Magnesium and feverfew, may cause side effects like nausea, stomachaches, and diarrhea.

Q:
Where can I buy MigreLief?
A:

You can buy MigreLief from the Akeso Health Sciences website or Amazon.

Q:
How much does MigreLief cost?
A:

Q:
What are the benefits of MigreLief?
A:

Some of the benefits of MigreLief include improved cardiovascular tone and decreased length and frequency of migraines.

Q:
Are MigreLief ingredients safe?
A:

MigreLief contains ingredients that are generally safe when used as recommended. The formula is also GMO-free and free of artificial flavors, preservatives, and major allergens like soy.

Q:
How should I take MigreLief
A:

Take one caplet in the morning and one in the afternoon or evening with food, allowing six to seven hours between doses.

Q:
How do I contact MigreLief customer service?
A:

Q:
Can I return MigreLief?
A:

Return options for MigreLief may vary by retailer.

Q:
Who makes MigreLief?
A:

I feel some changes, but nothing worth mentioning yet. Still waiting for the four to six weeks effect guarantee.

I am glad that Migrelief is a supplement that has positive effects on me, after just three weeks of use I feel less stress and more focus. It’s great.

You have mistated Quantum Health as the manufacturer of MigreLief when in fact, Akeso Health Sciences, LLC is the only patent-holder and manufacturer of MiHow greLief with Puracol™. P.S. Great product for migraines!