Brain Memory is described as a nootropic formula that supports acetylcholine production.

1) Brain Memory at a Glance

2) How Did Douglas Laboratories Start?

The company that offers Brain Memory is Douglas Laboratories, a company based in Pittsburgh, the United States with many other supplements in beauty, digestive, vision, mood enhancement, and other varieties for different health issues.

Some of their best-sellers include:

3) What Are Brain Memory Ingredients?

There is evidence of standardized ingredients, which shows the research involved in designing a good nootropic.

Brain Memory’s potency as a nootropic falls on the “okay” range.

The formula is definitely done with research in mind and there is clear evidence of focus regarding synergy and choline boosting. With Huperzine, there’s also an angle to be made on having better concentration, which is always a plus if you’re trying to memorize something.

We think it’s only “okay,” because the doses aren’t that special and the price they put it makes it too expensive for what users will get.

No adverse side effects reported.

7) Where to Buy Brain Memory?

You can purchase Brain Memory from the official Douglas Labs website as well as various online supplement stores.

Adults take 2 capsules daily with meals or as directed by healthcare professional.

10) Our Final Take On Brain Memory

Brain Memory resembles a basic nootropic formula that just works according to research.

The ingredients used have deep science behind them, the synergy is evident, and the claims are within what’s plausible regarding what the formula can actually do.

So, it works as intended, but we can’t help but feel like it’s overpriced.

At $46.20 a bottle, the formula becomes lackluster. You can actually about two decent nootropics for the same price, and they might even outperform Brain Memory.

It’s worth a try, but only if you don’t mind the price. 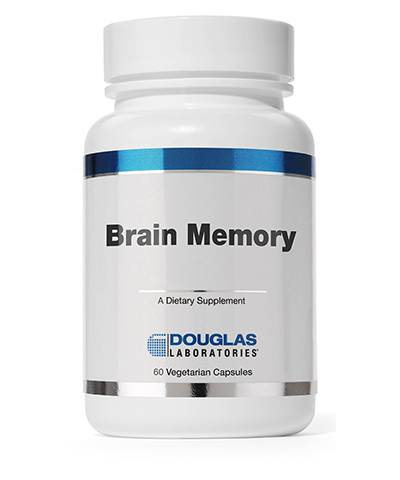 clear
Q:
What does Brain Memory contain?
A:

Q:
Where can I buy Brain Memory?
A:

You can purchase Brain Memory from the official Douglas Labs website as well as various online supplement stores.

Q:
How much does Brain Memory cost?
A:

Q:
How can Brain Memory help me improve my cognitive health?
A:

Ingredients in Brain Memory may help with focus and concentration, which can lead to better memory retention.

Q:
How should I take Brain Memory
A:

Adults take 2 capsules daily with meals or as directed by healthcare professional.

Q:
How do I contact Brain Memory customer service?
A:

Q:
Who makes Brain Memory?
A:

Brain Memory is made by Douglas Laboratories.

I find “Brain Memory” by Douglas Labs to be very supportive in my day, I find it bursts my cognitive awareness. Not only that, but I have the confidence and assurance that I’m supporting the integrity of my brain cells with the added ingredient of “GPC choline.” If anyone is concerned about their mental health, young or older, this product has it all…360 degrees.