The idea that a supplement can supersize human intelligence is decidedly science fiction. However, many real-world researchers and supplement-makers are currently working to develop medicines, supplements, and other substances designed to improve various aspects of cognition.

CogniBoost is advertised as one such nootropic designed to improve attention, alertness, memory, and support cognitive function using only natural ingredients.

The word “nootropic” comes from the Greek word “noos” meaning “mind” and “tropein,” meaning “towards,” and was invented in 1972 by the Romanian scientist Corneliu Giurgea to define a class of composites that selectively act “towards the mind.”[1]

Today, there are dozens of over-the-counter (O.T.C.) products – many of which are marketed widely in stores or online – that claim to boost decision-making, memory, creativity, or other high-level brain functions.

CogniBoost is a nootropic developed by Dr. Sinatra, who claims to be “America’s #1 integrative cardiologist.” Dr. Sinatra sells a lineup of all different multivitamins, herbal supplements, Omega-3’s, and treatments.

The formula developed by Dr. Sinatra includes several well-known ingredients in brain supplements like Acetyl L-Carnitine, which was added to improve reaction times, memory, and focus.

Dr. Sinatra has been a featured guest on many television and national radio shows, including M.S.N.B.C., CNN, the Dr. Oz, Fox on Health, 700 Club, The Doctors, and The Today Show.

Dr. Sinatra is the founder of HeartMD Institute. According to the official website, HeartMD Institute’s mission is to educate patients, and medical professionals alike about integrative medicine, with distinct focuses on metabolic cardiology and energy medicine.

Additionally, HeartMD Institute strives to inspire a restructuring of the doctor/patient relationship where they actively engage in the patient’s healing process.[2]

If you prefer a more complex formula, we recommend checking our Dynamic Brain review.

Acetyl L-Carnitine (the most bioavailable form of carnitine)[3] is the primary ingredient in CogniBoost.

Carnitine is an amino acid-like compound that plays a critical role throughout the body. It’s obtained naturally from certain foods (mostly red meat). But some people (especially those with a diet that doesn’t include meat) don’t get adequate amounts of carnitine to support optimum brain functions.[4][5]

By adding Acetyl L-Carnitine-rich foods to your diet or supplementing with this amino acid directly, you may improve mental capacity. Several clinical studies showed that Acetyl L-Carnitine is a highly absorbable L-Carnitine form that can reach brain tissue and boost cognitive function.[6][7][8] 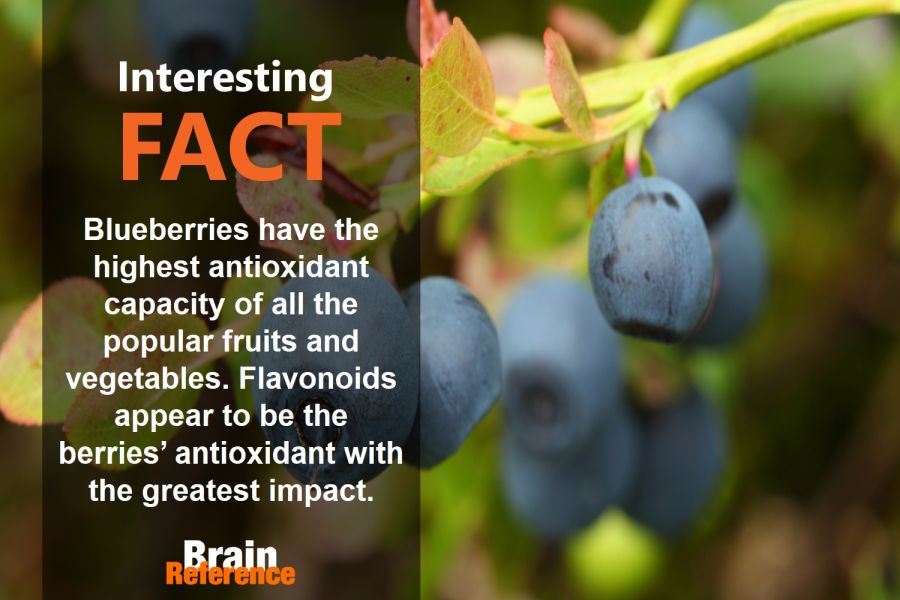 Several animal studies concluded that the antioxidants in blueberries may affect your brain areas essential for intelligence. They appear to help aging neurons, resulting in significant improvements in cell signaling.[11][12]

In one of these studies, a group of older adults with mild cognitive impairment was given blueberry juice daily for 12 weeks. At the end of the study, all subjects experienced increases in several markers of brain function.[13]

A six-year study in over 16,000 older individuals found that strawberries and blueberries were associated with mental aging delays by up to 2.5 years.[14]

Another interesting addition to CogniBoost is curcumin – the principal curcuminoid of the Indian spice turmeric.

People throughout Asia have benefited from the helpful effects of curcumin for hundreds of years. Curcumin is the orange pigment in turmeric (the primary ingredient in curry). It’s a substance linked with potent antioxidant properties and anti-inflammatory.[15][16]

However, curcumin is hardly soluble in oily solvents or water, which results in reduced bioavailability and is generally poorly absorbed into the bloodstream.[21][22]

You can also find curcumin in Stop Aging Now Curcumin2K.

6) Is CogniBoost Safe for Everyone?

As with most dietary supplements, there are risks of interaction with medications and adverse effects. People should discuss with their healthcare providers the safety of any supplement before taking it.

Potential CogniBoost side effects may include:

7) What You Need to Know Before Taking CogniBoost

CogniBoost contains turmeric extract, which may slow blood clotting. Taking turmeric simultaneously with prescriptions that also slow clotting might increase the chances of bleeding and bruising.[25]

Some medications that slow blood clotting include

Another ingredient known to interact with prescription medication is the American Ginseng extract. Do not take CogniBoost if under treatment with medications for depression (MAOIs), diabetes (antidiabetic drugs), or medications used to slow blood clotting like Warfarin (Coumadin).[26]

CogniBoost is not very popular online. It’s only available for purchase from two primary online sources: the official Dr. Sinatra website and Amazon.

9) How Much Does CogniBoost Cost?

One bottle of CogniBoost costs $29.99, but the official website offers some discount packages:

The official website advertises the prices “with AutoDelivery.” AutoDelivery is Dr. Sinatra’s autoship program, which means you’ll get automatic repeated shipments of the product delivered to your doorstep every month. By joining this program, you can save 10% off all the retail prices listed above.

For adults, take three (3) capsules in the morning with water.

11) What Customers Say About CogniBoost

"I didn't see that it made a difference. Maybe I should have stuck with it longer, but I am inpatient and expect results within a few days." [Read full review]

"This is a great product!" [Read full review]

Clinical studies show that nootropic supplements may have a beneficial impact on your brain. But more extensive, large-scale, clinical studies are needed before scientists can fully understand how these nootropics can benefit the overall cognitive function.

CogniBoost looks like a solid formula. Acetyl L-Carnitine and Ginseng are two potent ingredients used in many brain supplements, and for good reason.

Overall, CogniBoost may benefit anyone looking for a natural brain supplement for attention, alertness, memory, and cognitive support. The reviews, while limited in number, are generally positive and the company behind this product, Dr. Sinatra, is well known for making quality products. 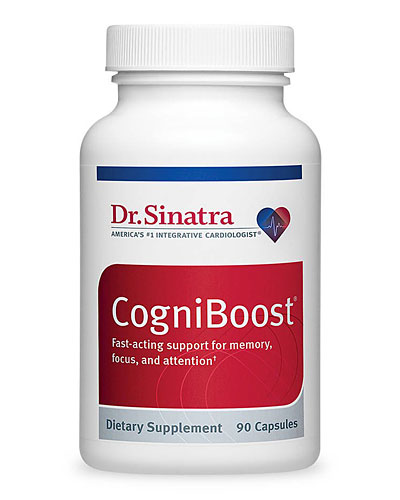 Customers Questions and Answers with CogniBoost

clear
Q:
What does CogniBoost contain?
A:

Q:
What is CogniBoost supplement?
A:

Q:
What are the CogniBoost side effects?
A:

Q:
Where can I buy CogniBoost?
A:

Q:
How much does CogniBoost cost?
A:

One bottle of this supplement retails for $29.99.

Q:
What are the benefits of CogniBoost?
A:

Q:
Are CogniBoost benefits actually a reality?
A:

Because nootropics are relatively new on the supplement market, there isn't much research available, and experts cannot say with certainty if nootropics such as CogniBoost can actually improve thinking or brain function.

Q:
Can I take CogniBoost with a prescription?
A:

CogniBoost contains ingredients known to interact with certain prescriptions. Do not take CogniBoost if under treatment with medications for depression (MAOIs), diabetes (antidiabetic drugs), or medications used to slow blood clotting like Warfarin (Coumadin).

Q:
Does CogniBoost work better if taken in conjunction with other supplements?
A:

You can take CogniBoost with other dietary supplements. However, we recommend consulting with a healthcare provider before starting on multiple nutritional supplements at once.

Q:
Can I give CogniBoost to my child?
A:

CogniBoost is not recommended for children or teenagers under 18.

Q:
Are CogniBoost ingredients safe?
A:

This formula doesn't contain any potentially dangerous or banned ingredients. However, we still recommend caution as some ingredients like turmeric and American Ginseng are known to interact with certain prescriptions.

Q:
How do I know if CogniBoost is right for me?
A:

CogniBoost is a nootropic designed to help people looking to improve attention, alertness, memory, and support overall cognitive function. However, as with all dietary supplements, not everyone will get the same results, and the product may not work for some users.

Q:
Can I take CogniBoost if I'm pregnant or nursing?
A:

Pregnant or nursing mothers should consult with a medical doctor before taking CogniBoost.

Q:
How should I take CogniBoost
A:

For adults, take three (3) capsules in the morning with water.

Q:
Can I return CogniBoost?
A:

We recommend buying CogniBoost from Amazon. If you are not happy with your purchase, simply contact Amazon's customer support department and ask for a refund.

CogniBoost reviews are few in number, so identifying general complaints is difficult. However, some customers have complained about a lack of results even after using the products for a couple months.

Q:
What other people say about CogniBoost?
A:

There are only a handful of CogniBoost reviews on Amazon. The reviews are mixed, averaging 3.4 stars out of 5.

Q:
What company produces CogniBoost?
A:

CogniBoost is made by Dr. Sinatra.

Has anyone lost weight on this? What are the prices like for these pills? Tell me some stuff on how it makes you feel. Does it really help with memory?

Title for your comment
Need info pretty please. : ) thank you in advance
Have you tried this product?
No
Reply
Vanessa G. Lancaster

Maybe it’s me, but after two weeks I feel no effect.

I first saw this supplement last month and I was immediately attracted to it, and it’s realy helped me.

My mother is having trouble swallowing the large pill. Need advice. can this be crushed or put into a liquid form. Ellen

This is not a medical opinion, but I have had success with my mother by mixing the contents of the capsule into some applesauce and eating that rather than crushing or mixing with water.