Brain Storm Elite is a nootropic supplement advertised to “drastically boost cognitive function by increasing memory recall abilities and focus.” Unfortunately, there is very little information online regarding the manufacturer or this overall formulation. The official website adopts a cartoon-like theme with blue-colored storms as the background and an animated font style. While this may not seem relevant, we take nootropics very seriously and would appreciate it if supplement companies such as Brain Storm Elite did the same.

Going back to the formula, Brain Storm Elite promises better focus, enhanced brain performance, increased vitality, and better long and short term memory; all these without making use of potentially dangerous ingredients such as caffeine and other similar stimulants.

1) What is Brain Storm Elite?

The official website contains some interesting information as well. According to the manufacturer, BrainStorm Elite’s formula took years to develop, “and it has now been made to perfection.” The company also states that this formula has been tested on numerous different subjects with very good results, most subjects reporting significant cognitive improvements (better short and long term memory, better focus, more energy, better attention span).

Unfortunately, the full list of ingredients is not disclosed so it’s almost impossible for us to determinate if BrainStorm Elite can actually provide the claimed benefits.

According to the manufacturing company, BrainStorm Elite consists of natural ingredients that have not been associated with negative side effects to date. Plant extracts such as Ginseng and Vitamin B6 are known for having positive outcome effects on the brain and how efficiently it works as a systematic whole.

The official BrainStorm Elite website claims that the formula took years to develop, “and it has now been made to perfection.” The manufacturer also claims their formula has been tested on numerous different individuals, with more than encouraging results. However, no relevant documents are provided in order to support these claims.

Brain Storm Elite is quite expensive compared to other similar brain supplements, with the one-month supply price ranging from $50 to $100 on autoship. Please note that if you chose to purchase Brain Storm Elite directly from the official website, any order placed there will automatically sign you up for their autoship program (one bottle each month). The autoship can only be canceled by calling their customer support department.

Brain Storm Elite can also be purchased from 3rd party retailers such as Amazon. These retailers may offer some additional discounts.

If you want more bang for your buck, we think nootropics like Procera AVH is a better alternative.

The recommended dose is one pill every morning, taken after breakfast. BrainStorm Elite can be purchased directly from its official website or from various 3rd party retailers (such as Amazon).

While the manufacturer claims that BrainStorm Elite is one of the most powerful nootropics on the market, the supplement has received mostly mixed reviews and testimonials. In fact, our research team discovered some very negative reviews of this product.

BrainStorm Elite is an expensive nootropic, it’s price ranging from $40 to $100. We have no issue with a brain supplement being expensive, as long as the company can justify the asked price by offering high quality ingredients or powerful formulations that have been researched and proven to work. Unfortunately, we feel that BrainStorm Elite’s official website does not provide enough information on the formula.

Is BrainStorm Elite a good choice? It might be. However, we advise our readers to further research into the formula before making a purchase. 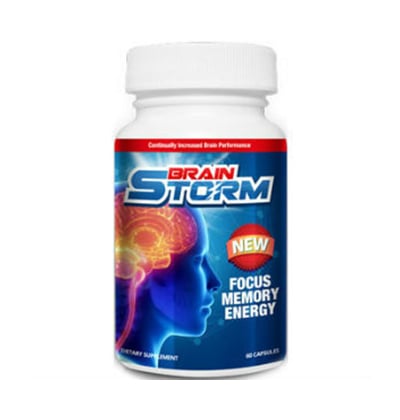 clear
Q:
What are the Brain Storm Elite ingredients?
A:

Q:
Are Brain Storm Elite benefits actually a reality?
A:

The bottom line is this: if you have trouble focusing, staying awake, or being efficient, you can certainly give Brain Storm Elite a try. Brain Storm Elite might just work for you to enhance your productivity. But expect to pay at least $40 for a single month supply.

The reviews and testimonials available online are mostly mixed. Some people have claimed amazing results after using Brain Storm Elite, while others have complained about the lack of cognitive improvement and poor customer support that almost forced them to pay for the autoship program after ordering Brain Storm Elite from the official website.