Biotrex Memory+ is marketed towards patients seeking an anti-aging brain function supplement protection against neurodegenerative disorders and patients needing the support of cognitive brain function. The company behind this supplement is Biotrex.
This product is a formula that contains acetyl-L-carnitine, which is being researched for its potential anti-aging effects, as well as several other well-known ingredients such as Omega 3 fatty acids, Gingko Biloba, or Vitamin E.
While the manufacturer’s claims in what concerns Biotrex Memory+ are quite bold, we will try to see if certain clinical trials support these claims and whether or not this supplement’s effectiveness has been sufficiently proved.

As we have stated above, Biotrex Memory+ contains several popular ingredients. Many consumers may be familiar with Ginkgo Biloba, for instance. Ginkgo Biloba is believed to have nootropic properties and is primarily used as memory and concentration enhancer, and anti-vertigo agent. Unfortunately, clinical trials differ about its Effectiveness. The largest and longest free clinical trial to assess Ginkgo Biloba’s ability to prevent memory loss has found that the ingredient does not preclude or delay dementia or Alzheimer’s disease.

While this supplement contains some traditional ingredients for the brain enhancement products, the manufacturer does not provide any relevant clinical trials to support their claims. In fact, we were unable to find any conclusive proof that this particular mixture is as effective as the company claims it to be. The website doesn’t provide any information about why they believe this particular combination of ingredients is going to help improve overall memory and brain function.

Furthermore, Biotrex Memory+ has been associated with some side effects as well: nausea or vomiting, diarrhea or constipation, dizziness, headaches, and insomnia.

A bottle of Biotrex Memory+ contains 60 capsules, which should be enough for two months of treatment. Biotrex Memory+ is relatively cheap compared to other similar products. However, the price may vary from one retailer to another.

The cost for shipping in the USA is a flat rate of $4.95. Shipping outside of the USA depends on the location. The order form has to be filled to get that calculation. Most orders ship within two business days.

Unfortunately, this supplement does not appear to contain a mineral carrier that crosses the blood-brain barrier (BBB). This is a huge minus, as, without such a carrier, there is no guarantee that the mixture of beneficial minerals will reach the brain. 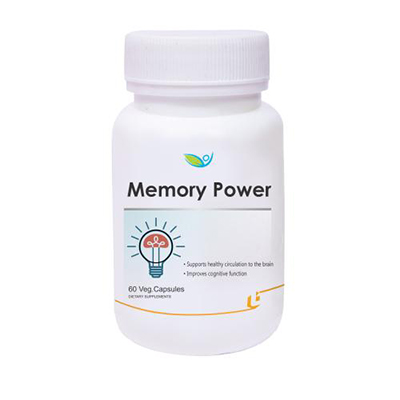