Acetyl-L-Carnitine 500 mg is advertised as a brain supplement intended to support brain function by turning fat into energy. Studies indicated that Acetyl-L-Carnitine might improve memory and learning capacity as well as slow down the progression of various neurological conditions involving mental deterioration. This product is manufactured by Nutri-Supreme Research.
Nutri-Supreme Research is a company that claims that it was founded as a result of the pressing need for high-quality kosher vitamins. The company states that it makes every effort required to meet the recommended dosages of current medical research and published studies on its products.
Acetyl-L-Carnitine is a dietary supplement naturally produced by plants and animals, an acetylated form of L-Carnitine. This amino-acid is known for its ability to surpass the blood-brain barrier (BBB) and get to the brain blood circulation, where it acts as a powerful antioxidant.

Acetyl-L-Carnitine is a substance that helps the body turn fat into energy. The body produces it naturally in the liver and kidneys and stores it in the skeletal muscles, heart, brain, and sperm. Usually, the human body can make all the carnitine it needs. Some people, however, may not have enough carnitine because their bodies can’t make enough or can’t transport it into tissues so that it can be used. Some other conditions, such as angina or intermittent claudication, can also cause low levels of carnitine in the body, as can some medications.

Carnitine has been proposed as a treatment for many conditions because it acts as an antioxidant. Antioxidants fight harmful particles in the body known as free radicals, which damage cells and tamper with DNA. Antioxidants can neutralize free radicals and may reduce or help prevent some of the damage they cause.

Some real evidence shows that carnitine can be used along with conventional treatment for stable angina. Several clinical trials show that L-carnitine and propionyl-L-Carnitine can help reduce symptoms of angina and improve the ability of people with angina to exercise without chest pain.

For other conditions, such as fatigue or improving athletic performance, carnitine seems safe, but it may not help much.

Acetyl-L-Carnitine 500mg is currently being sold in bottles containing 60 vegetarian capsules at an affordable price. This supplement is available for purchase directly on the manufacturer’s website or from various other online retailers.

Acetyl-L-Carnitine is an amino acid produced by the body, brought to consumers in the form of a dietary supplement intended to turn fat into energy. The company claims that their supplement energizes the mind and promotes concentration and focus, however, not enough information regarding its Effectiveness has been released to support these claims. 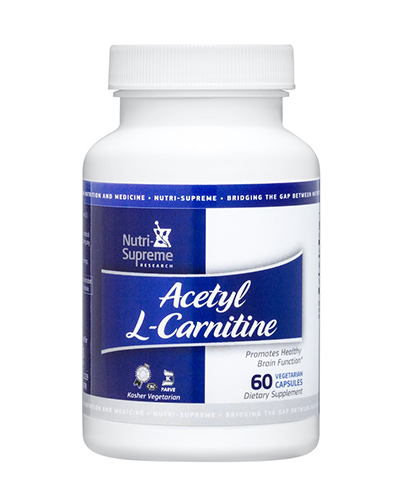