Super HD is a nootropic supplement which claims to help burn fat, increase energy, provide mental clarity, and reduce your appetite. It’s manufactured by Cellucor, one of the more well-known supplement brands. They appear to be located in Texas and founded in 2002. They’ve won a number of awards and their products can be found in stores all around the globe. The active social media presence also makes it easy to get in touch if you have questions or comments.

Each capsule contains caffeine, some B vitamins, and two special blends. The first blend only has three active ingredients, so it’s easy enough to understand, and it includes green tea leaf extra. Green tea may help with blood pressure and cholesterol, but systematic reviews have found that it isn’t effective for weight loss. There isn’t enough reliable scientific evidence to show that green tea is worth including in a weight loss supplement. Dandelion is in a similar spot. It’s an herb used in foods, drinks, and medicines, but there isn’t enough evidence to show that it’s useful for all of its potential benefits. It may decrease inflammation, and the root is sometimes roasted and used as a coffee substitute.

3) Does Super HD Work and it is Safe?

Capsules contain vitamins B3, B6, and B12, caffeine, and two proprietary blends. The first blend Super HD ThermoSculpting contains green tea leaf extract, dandelion root extract, and something listed as Slimpro Protein Hydrolysates of Blue Whiting (a type of fish, according to the allergen warning on the label). The second blend Super HD Sensory Impact has some more familiar ingredients like rhodiola root extract.

Some studies show that Rhodiola Rosea can be helpful with mental fatigue, although the evidence is far from conclusive. There are no known side effects, which is always a plus. The roots appear in traditional medicine for the Chinese, Russians, and parts of Scandinavia. It may have many benefits and isn’t strange to see in a supplement like this. The caffeine in Super HD is about equivalent to a strong cup of coffee. Most people won’t want to take more than one to two capsules a day.

Cellucor recommends starting with 1 to 2 capsules a day, with water. One capsule in the early morning, and another capsule in the afternoon, at least 5 to 6 hours later. They don’t recommend taking more than 3 capsules in a day, or within 6 hours of bedtime. Since each container has 120 capsules, this could last you a while. Anywhere from 40 days to 120 days. Depending on your individual level of use, this could be inexpensive or very expensive. Cellucor products come with a 30 day money back guarantee, although this is only valid for supplements if you purchase directly through their website. The company also offers discounts for members of the police, military, and fire department.

There’s also a form of L-Tyrosine. It’s an amino acid used in various products and can be found in many foods. People take L-Tyrosine for mood, ADHD, narcolepsy, improving alertness, and alleviating stress. It’s almost a jack of all trades with its variety of brain-boosting effects and is great for penetrating the blood-brain barrier. Sadly we don’t know how much is in Super HD. In other products, the most common dose is 150 mg per day.

This is the fourth generation of Super HD to be available to the public. While there are mixed results, most people seem to find it effective. This is a dietary supplement aimed at helping you lose weight, and this has definitely made an impact for some people. The focus in Super HD is on providing stable long lasting energy, controlling metabolism and cravings, plus burning fat. Not everyone experiences this, but enough people do in order to make this a common product for consideration. One reviewer said there were minor results even without any exercise. For optimal results you do need physical and dietary changes. But Super HD can help people who are having a hard time getting their weight (and fat) off. 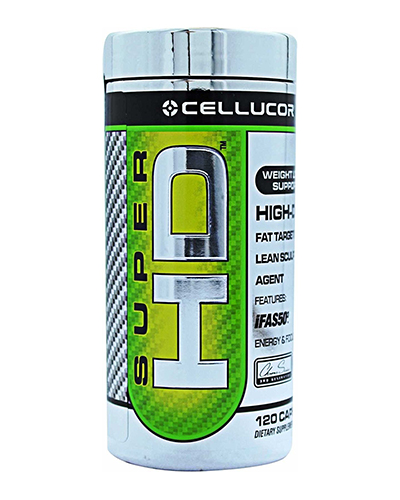 Results seem to vary widely from person to person. For some people, this was the missing piece of the puzzle to weight loss and general improvement in their life. For other people, Super HD did absolutely nothing. One person said this was a decent product for the weight loss category, but worked better as a mood enhancer. As is common with supplements for weight loss, you do need to pair this with exercise routines and possible dietary changes. No supplement will cause significant weight loss all on its own. You'll also need to make sure that you get the newest version of Super HD (fourth generation). Improvements are made over time. And most customers look to be satisfied customers.