Paracleanse Review – 3 Things To Look For

Paracleanse is a dietary supplement aimed to support healthy cleansing of your system. This formula is offered by LifePlus, a company with a good reputation in the supplement business. Few companies use a marketing plan similar to the one used by this manufacturer. They manage to make sells relying solely on the work of their business associates. These partners of the company earn money by introducing others to the LifePlus products. At its core, it is a pyramidal scheme, but a slightly different system. Detailed information is provided on their official website.
The manufacturer claims Paracleanse is a synergistic combination of herbs, herbal extracts, sulfur, and amino acids, able to support the good cleansing of your system. Furthermore, this formula is said to provide protein-digesting enzymes which aid healthy digestion and intestinal functions and also help the liver by providing high amounts of silymarin.

Paracleanse is a blend of various herbs, herbal extracts, sulfur containing amino acids and MSM, which has been specifically designed to support healthy cleansing of waste, chemicals, and harsh environmental factors from the body.

Two primary components in this formula are Artemesia absinthium, commonly known as wormwood, and Artemisia annua (Sweet Wormwood). Artemesia absinthium is used medicinally as tonic, stomachic, antiseptic, antispasmodic, carminative, cholagogue, febrifuge and anthelmintic. It has also been used to remedy indigestion and gastric pain. Extracts of these plants have shown to exhibit strong antimicrobial activity, especially against Gram-positive pathogenic bacteria.

Testimonials about Paracleanse are posted online. What is being stated includes the following:

One bottle of Paracleanse contains 180 tablets. Considering the average price per tablet, this product is relatively inexpensive and has good value. Please note that this product can only be purchased from the manufacturer. One can either contact the company directly via their website or get in touch with one of their business associates. Shipping and processing charges are no listed.

Although no clinical research confirms Paracleanse works as well as the manufacturer states, this formula seems to be based on legitimate science. Most of the herbs and herbal extracts are known to have laxative effects and promote the cleansing of the system. The product also received positive testimonials online which support the product’s credibility.

As there are many similar supplements available on the market, you should further investigate every formula before making a purchase. 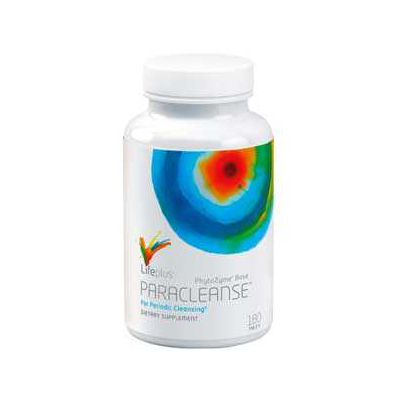 I don’t suffer from constipation, but I still have some digestive problems. I came across this formula by accident and decided on the spot to use it, having tried many other products before. I was quite skeptical about dietary supplements at first, but this one made me change my mind.

When I go through stressful times I get constipated and it’s very uncomfortable. The occasional cramps bother me as well, so last year I decided to find a solution for my problem and found this product. I don’t use it every day, but every time I need it, it gets the job done quickly.